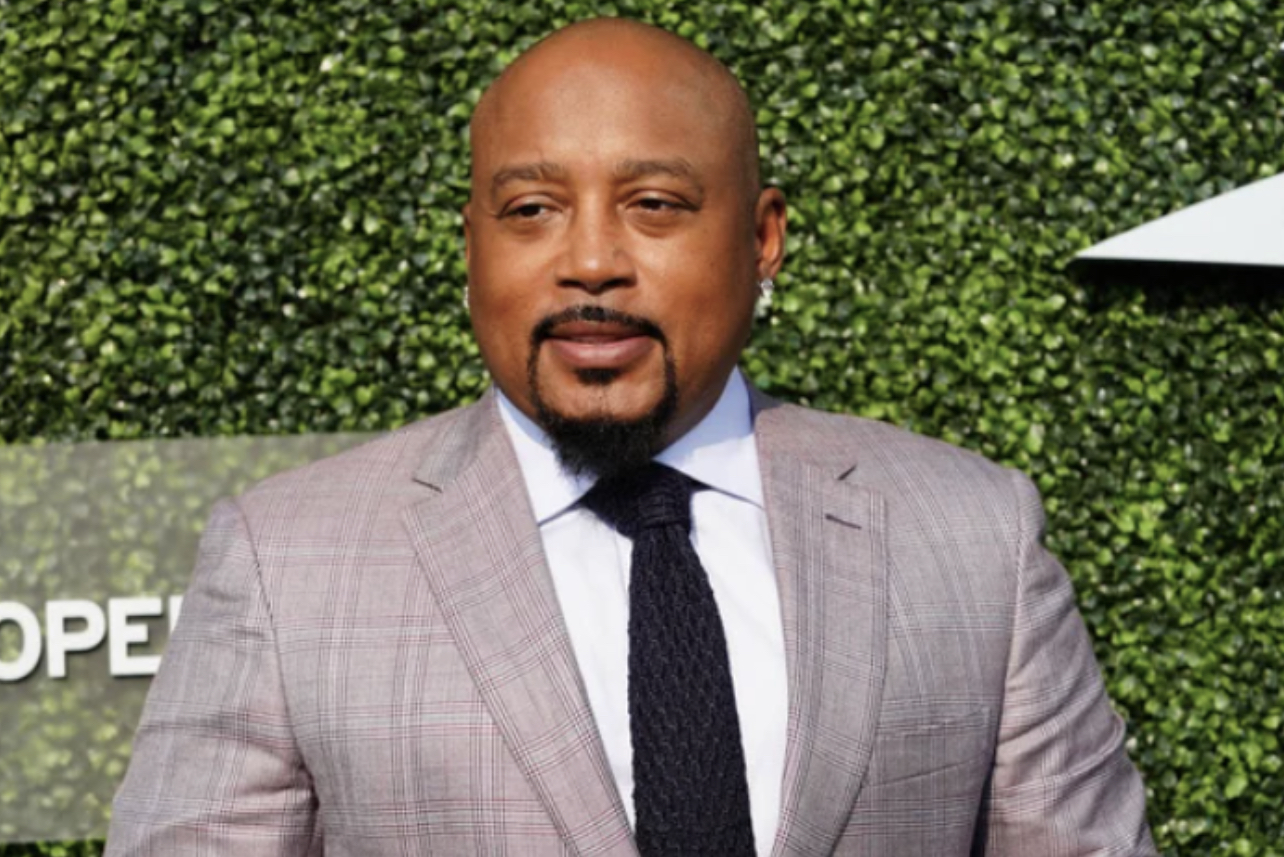 Perhaps you know Daymond John from the wildly popular show Shark Tank. Or maybe you’re familiar with his revolutionary clothing line FUBU. Or you could have even seen him giving a motivational talk aimed at inspiring young minds to think big.

But regardless of where you know John from, you’ve likely been inspired by his seemingly endless drive and motivation.

Over his storied career, Daymond has made waves throughout the fashion and entertainment industry. He’s served as a role model for many young, black entrepreneurs who saw what can happen when a person refuses to take no for an answer. He demonstrated that with grit and determination, anything is possible, no matter the odds.

He grew up in Queens, NY in the same neighborhood as iconic figures such as Al Sharpton and LL Cool J. John had very little in terms of money or prospects as a young man, but the one thing he had to have been born with, was an impossibly strong desire for success.

As a young boy, he decided he would sell clothing with various social justice themes, such as shirts with “Who Killed Rodney King?” that he made in his own home. He sold these clothing items on the street to anyone who took the time to pass by his little stretch of concrete. Soon enough, he was able to move his small operation off the streets of Harlem and into storefronts.

However, it didn’t take long for him to tire of the theme of powerful, predominantly white-run businesses selling clothing and other items to black consumers. He couldn’t understand why hip-hop items, that were based on the style of black Americans, were largely providing a profit to wealthy white-owned corporations. After considering his options, he, along with a few other close friends, started the iconic brand FUBU, which stands for For Us, By Us.

Still, John had a difficult road ahead of him. For one thing, no banks were willing to provide him with a loan for his business. After being turned down by more than 20 banks, Daymond resorted to waiting tables at a Red Lobster restaurant in order to simply stay alive. At times, his dream may have seemed out of reach, but he never gave up hope that someday, some way, he was going to grow his brand to international fame.

Even though no one else believed in his dream, his mother knew that Daymond was destined for great things. She decided to take out a $100,000 mortgage on her home in order to help him start FUBU.

Since that time, nearly 30 years ago, FUBU has generated more that 6 billion dollars in sales across the globe.

The company really broke through after a commercial featuring LL Cool J promoting FUBU first aired. Funny enough, the commercial was technically for the Gap, but LL Cool J pushed the FUBU brand hard by rapping about them and wearing one of their hats. Just one year after this commercial premiered, FUBU had topped more than $350 million in sales.

However, like most trends that grow red hot for a while, interest began to wane in the FUBU brand. By 2003, FUBU executives made the decision to remove the brand from U.S. markets, while continuing to sell internationally, where the company was still very popular.

Then, in 2018, FUBU and Puma teamed up and the brand once again spiked in popularity. FUBU has continued to gain respect of consumers and other brands ever since this partnership was forged.

Besides his clothing brand, however, Daymond decided he was going to become an investor and let his money do the work for him, from time to time.

He was approached by representatives for the show Shark Tank in 2010, and has held a place on the Shark Tank panel ever since. As the only black panelist on the show, and one of the few to make it big in the fashion industry, he brings a unique perspective to the show, and to the entrepreneurs who pitch their products.

For instance, he invested in the startup sock company Bombas on one particular episode. Specifically, he offered the entrepreneurs $200,000 for a 17.5% stake in the business. The company, which had only been in operations for a year at the time, now makes over 200 million dollars each year.

Besides Bombas, Daymond has invested over 15 million dollars in total for businesses who have come on the show.

Now, Daymond is trying to widen his influence in the black entrepreneurial community by hosting Black Entrepreneur Day at the Apollo theatre, right near where he used to sell his homemade clothing on the street as a child.

John wants to change the course of black owned businesses in America, which have a notoriously poor success rate. In fact, black-owned companies went out of business at double the rate of non-black-owned businesses during the COVID-19 pandemic. Furthermore, black entrepreneurs tend to have more debt than their white counterparts, as they start out with an average of only $35,000 in funds. Conversely, white entrepreneurs start with an average of $107,000.

Daymond’s new projects and movements come at a great time in history, as social justice movements such as Black Lives Matter are gaining respect around the country and world. Horrifying videos demonstrating the treatment of black people by police officers, such as the George Floyd murder, have brought to light just how real and pressing the racial problems in America really are.

Thankfully, many other big companies are following suit and starting their own movements geared toward increasing equality. The investment banking company Goldman Sachs, for example, has created a program known as the One Million Black Women Initiative. They have pledged a whopping 10 billion dollars to be invested for opportunities that benefit black women.

Further, massive companies such as Pepsi and Amazon have also begun to create programs for training black entrepreneurs in ways to effectively scale a business and the best steps to take along the way.

Daymond John may just be one man, but he has a powerful voice that many young, impressionable people are willing to hear. His drive seems endless, just like his need to help others.

The Accidental Entrepreneur, A Founder’s Story with Michelle Symonds