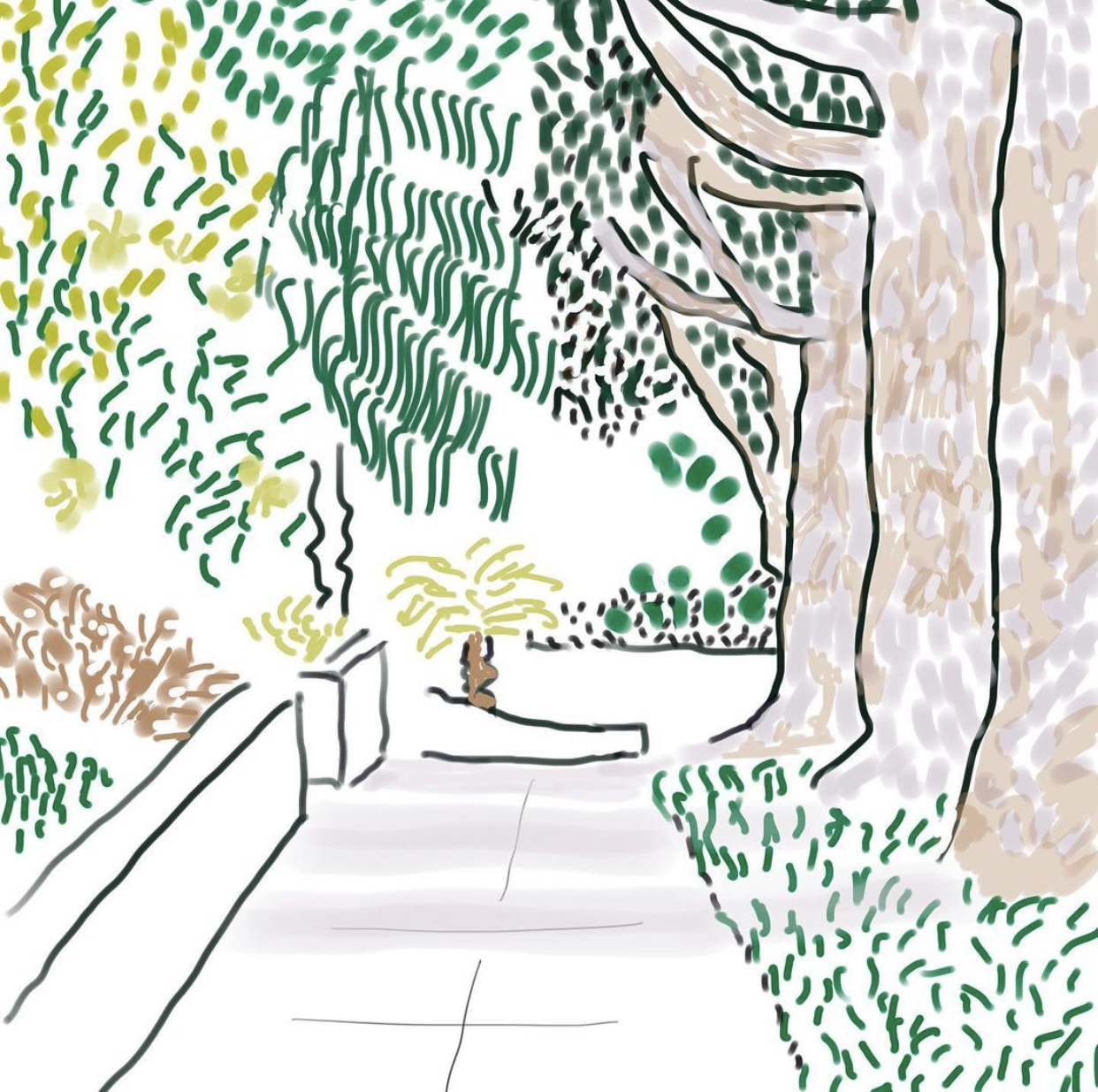 If the phrase L.A. Noir connotes the dark and shady attitude of Raymond Chandler’s Los Angeles, then the L. A. Noir that Deborah Blum shows us is at once a city that is sunny and familiar, and at the same time mysterious.

L.A. NOIR is a city rendered in sun and shadow, full of colors that express emotions, and shapes that change our understanding of the streets and topography of a city that we’ve transversed by car thousands of times.

Blum’s collection showcases a city that she knows very well:

“Los Angeles is my go-to subject. I was born and raised here, lived away for many years, and when I returned I began to see the city for what it is: a paradise with hills, winding roads, foliage, intersections, freeways, and architecture that represents the last hundred years.”

As a painter, Blum likes to focus her art on certain parts of the city that have emerged as iconic symbols: the freeways, the Sunset Strip, the ramp down to the PCH, Tower Records, the Beverly Hilton, and the hills that divide the West Side from the San Fernando Valley. She has been painting all her life, but for many years her day job has been writing and directing documentaries for Discovery and the History Channel. This work has sharpened her eye for detail, and enabled her to focus on the emotions that characterize time and place. Her approach is reminiscent of German Expressionism because she manages to infuse each image with so much feeling. She describes her process like this:

“Being in certain places made me very happy, and I wanted to capture that sense of buoyancy and joy. I started with acrylics on canvas but evolved into using an Ipad. An Ipad is exciting because it’s the most direct route from what I’m feeling to the blank canvas. The movement of the stylus across the screen is magical; it’s as though I’m just a conduit and the images are flowing through me.”

All too often, Los Angeles is assumed to be merely a tinsel town in the thrall of Hollywood. Blum shows us that it’s much, much more. So if you are in Los Angeles and feel like you are getting lost on the Walk of Fame or on tours of celebrity homes, do yourself a favor and allow Blum’s L.A. Noir to transport you to another Los Angeles; the real Los Angeles. To learn more about Blum’s work, check out her online gallery at www.blumgallery.com

Related Topics:Deborah Blum
Up Next

Transforming Lives Through Credit Repair: The Story Of Stephania Pedraza.