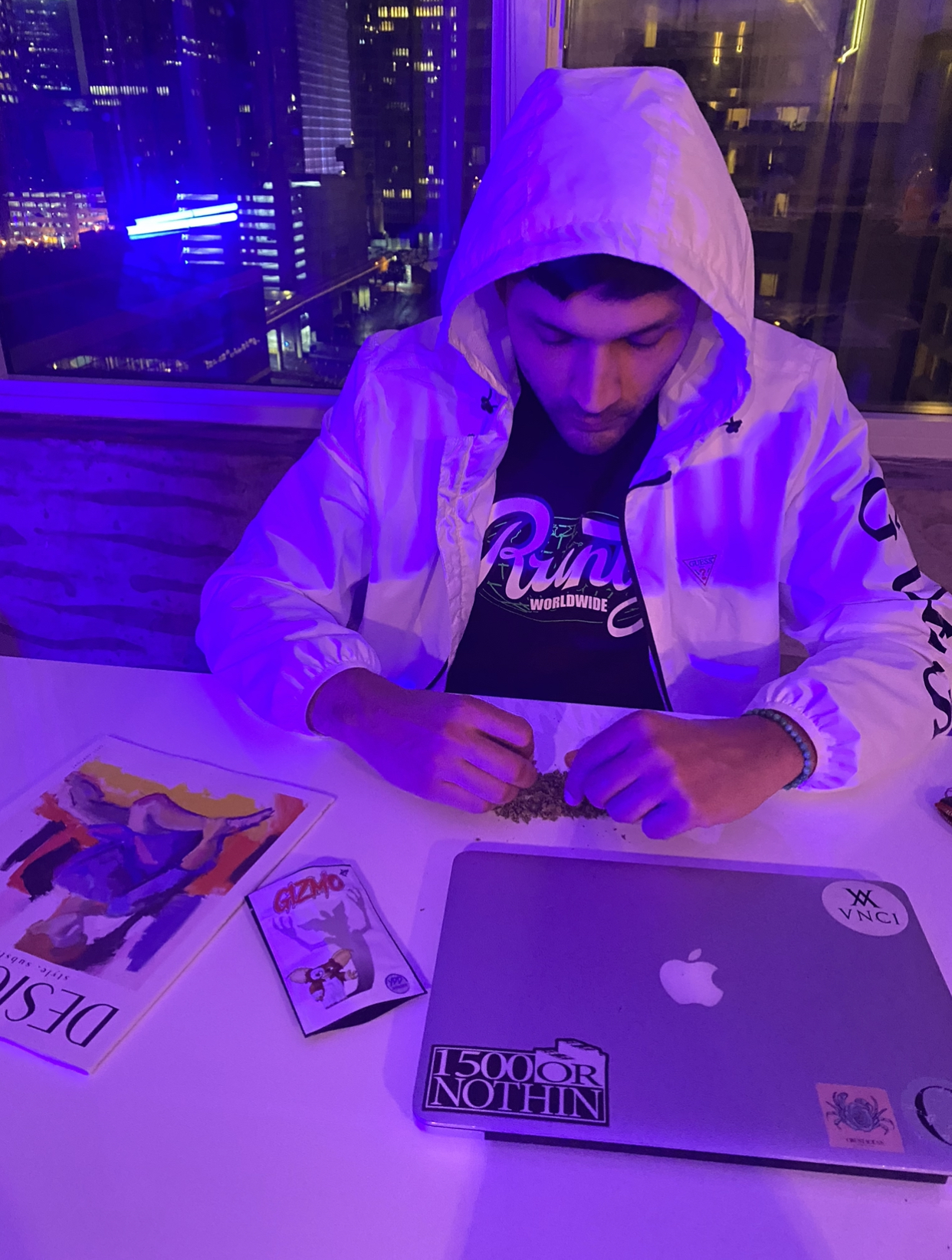 You may not have heard of him before, but Dvinci is a designer who has worked for such celebrities and artists as Souja Boy, 1500 or Nothing’s “Rance” Dopeson and James Fauntleroy, Rubi Green, and Nipsey Hussle. His versatility has enabled him to receive plenty of accolades from clients he has worked with. Being able to design everything from logos, branding, and packaging, to shoes, belts, and videos, has allowed Dvinci to soar in popularity.

Versatility is something that he believes is his superpower. To him, this is key to having an ever-increasing client base, given how everyone wants to work with someone who can wear many hats and has numerous capabilities. It is also much easier to work with just one person than hiring several who are just good at one specific type of task. Keeping an inner circle small leads to the best results.

Dvinci learned how to be versatile by absorbing everything he could about design. This meant spending hours a day watching YouTube tutorials, as well as embarking on a journey of proactive learning. In his early days with design, he was mainly focused on graffiti art, which unsurprisingly got him into trouble. He would also evolve to sketching and drawing for hours, which helped him hone his skills. Taking a multi-genre approach to design allowed him to get really good at several different ways of designing.

Besides designing on physical mediums, Dvinci learned how to create designs digitally. This opened up an enormous amount of potential for him considering digital is the future of everything. He began creating his own designs based on templates he took inspiration from. Using these as a launching pad for his own creative work allowed him to avoid reinventing the wheel, as well as helping him see what was already working for others.

By getting a clear handle on what his clients are looking for, Dvinci is able to deliver exactly what they desire. Through the use of mood boards and inspiration of what else has been successful within a client’s niche, Dvinci can create something that is impressible to them and everyone that sees it. Taking mental screenshots and working off of what he gets inspired by pairs well with the extensive research he does to refine his own creative thoughts and ideas.

Dvinci believes that the creative process involves plenty of “accidents” that lead to even better ideas than those that come out of brainstorming. He allows ideas to grow organically, and feels them out as they develop. For him, accidents are a natural part of the creation process, providing unique character that wouldn’t happen any other way.

As a designer who is always looking to raise the bar, Dvinci is constantly expanding his knowledge and skills to better serve the needs of his clients. It’s no wonder he has seen his client base explode in recent months. For him, his journey as a designer has only just begun.

Shooting As A Sport Trend In The Modern World

Kio Dj is Sharing What He Have With His Funs