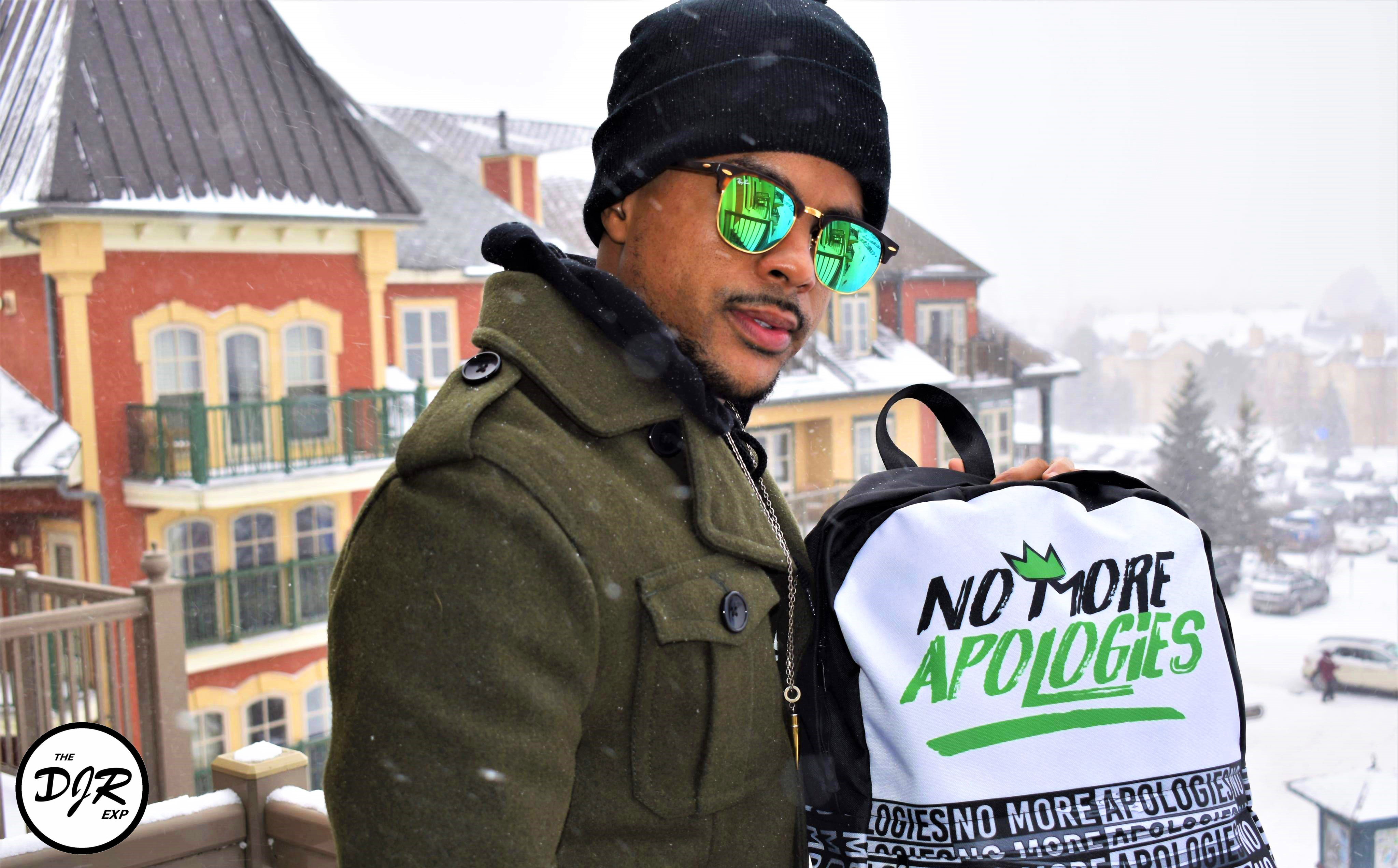 In life, many obstacles and situations can deter you from the goal and prevent you from ever reaching the finish line. However, always looking on the bright side, I’d have to say there lies a blessing in being young. That blessing is being able to recover from your mistakes in time to still enjoy the fruits of your labor. Even better: getting to share those lessons with those coming up after you as they look up to you as one of the “greats.”

I had an opportunity to catch up with a pretty fly guy who’s looking to place his name among the greats behind the big screen & much more. He had a ton to share about his path within the entertainment business and life; confirming wrong turns, and bad deals don’t have to result in a halt of your momentum.

Maybe you’ve seen him or most recently his work? I’m talking about the young, stylish, handsome, and most of all – talented, Devin J. Ricks AKA “Fly Guy.” This young Baltimore native is making moves nationally, while simultaneously putting his city on the map.

As a young person breaking into the industry, one would think you have a lot less to risk or better said – nothing to lose. I beg to differ. There’s always your soul, and I’d say that’s a pretty pricey cost. While it’s not easy to stay true to one’s self in this industry, that’s just not a cost that Devin is willing to pay. His advice is to “find some type of sanctuary to keep your mind away from social media…” Like most, Devin has a strong family and spiritual foundation. “You have to have a strong head and foundation to stay solid and make sure you’re not compromising yourself,” he says.

In 2015, the “Fly Guy” created his own clothing line, entitled “No More Apologies” under his “The DJR Experience” brand that promotes all things Devin loves in his lifestyle. He most recently has had celebrities such as Ty Hunter (fashion designer & stylist to the iconic Beyonce’ Knowles-Carter) and cast members from the hit VH1 TV show “Love & Hip Hop” wear his “No More Apologies” clothing. The clothing label is the result of a hashtag he used on social media, after the completion of his 2014 film project titled “Love Cycle: Beautiful Mistake.” As you progress through life and your career, you’ll most likely have to acknowledge the seasons in your life and the people in them. As the seasons pass, so do the people. As Devin stated, “I had to cut people off and leave people behind.” There’s nothing wrong with that when people bring toxicity to your life. “Stop apologizing for doing what you have to do,” says the young, but wise man.

The entrepreneur has a lot of amazing things under his belt & we’re excited to see where he ends up next; whether that be in clothing/lifestyle, film or media. Networking is very important & him meeting Hollywood directors/producers, fashion icons & reality stars or interviewing music icons in the music business, Devin sure does have a way to make sure he is where he needs to be on whatever career path he chooses to follow. He didn’t just bump into these remarkable people by chance. It took hard work, lessons learned, persistence, and staying humble.

Now, he’s in the midst of new deals, and we can look forward to bigger & better projects and product releases from Devin J. Ricks Productions (Dev TV!) and The DJR Experience.

Keep pushing Devin! We can’t wait to see more from you on the runway, red carpet (interviews) and on the big screen. Better yet, we know you’ll see us first. He co-signs, “Yeah Man, I See Everything!”

To keep up with all things Devin, you can visit his personal Instagram: @prime_time_dev, or his clothing/lifestyle page: @TheDJRExperience, film projects: @TheLoveCycleSaga and his media outlet Dev TV!: @dev.tv.official.

We thank you Devin for being young and inspirational!