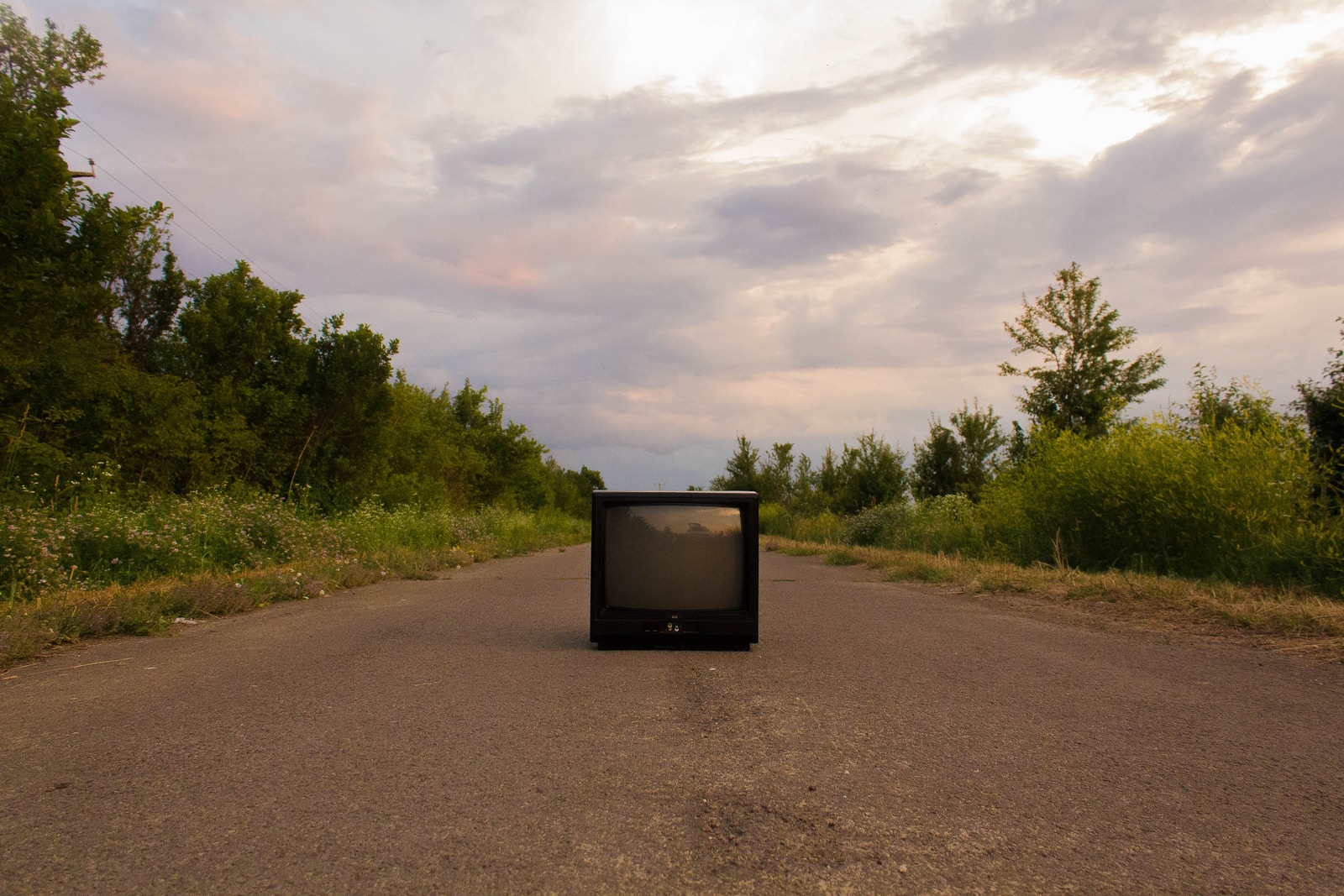 A television on the lonesome road.

“Another Disney channel actor that has gone mad!” “Another child actor aged unto insanity!” Another dark-minded, devilish, dirty rotten dummy dying for attention..? In case you were wondering who I was, well, the colorful descriptions above may answer that, albeit in a snarky and seemingly condescending way? Hi, I’m Devan Leos, and you may have seen me on the Disney channel. (ugh..) Or maybe in the media being plastered as an attempted murderer… I am no angel, and I am not a saint, but I am trying everyday to right my wrongs and positively impact the world around us. I am really trying, and sometimes it is hard.

Many people dream of their kids or themselves one day being broadcasted to thousands or even millions of people. They fantasize about having their digital essence displayed within the private “safe spaces” of other families while cherished by the entire nation. Many ponder in awe about the idea of being famous, but almost everyone acknowledges the all too frequent past-and-present trends surrounding former child celebrities and current ones. How often do we find ourselves unshocked, un-surprised, unaffected even when we find out little Shirley to Shoes or her male counterpart are detoxing in rehab, or worse… Jail.

A fantasy is just that, a fantasy: A perception not based on one’s current reality. However, rehab clinics that reek of cigarettes and tainted sweat, odors, jail cells that make a one-star shanty room seem like a five-star Airbnb, and staggering sense of early or mid-life failure to launch are all themes too familiar to many former child actors and current ones. Did I mention fraud and embezzlement? The current perception we have regarding child stars is unbalanced. On the one hand, many wish their children could be stars, drowning in the delusion that stardom = true success. Yet the trope of “the former child actor” is almost cliche, predictable even. The reality is that the industry is rooted in child abuse. The stage mom or dad. The “mentors”… and all too often the ones that were holding the most power over the young actor. The abuse (And downright negligence) that frequently takes place is unacceptable. No, it’s not a bunch of satan worshipping pedophiles performing rituals and dancing on sigils… Though I’m sure there are probably a few. Its often negligent and greedy parents, intense yet exonerated child labor, lack of proper education and abuse, or all of the above. One is not less than the other.

I lived it. What some might expect a child actor, but others might be shocked. Exposure to alcohol at 13, working a full-time job, yet having the mind of a lost youth that didn’t know who they were outside of an identity that came branded with a logo. I hardly had time to make friends outside of my fellow co-stars, and studying was often impossible. Boo hop. Poor me. Waking up every day at 4:00 am, driving to work, completing a full school day in 4 hours, then working 8+ hours every day, all the while trying to withstand the pressure of being a public figure, was difficult. I loved acting, but maybe I wasn’t cut out for it. The life of television and film consumed me and took up my entire life. My old friends stopped calling me. After all, I was probably busy filming. I could go on forever about the taxing and Avant-garde life or bring a child actor, but after all, it could have been worse.

Flash forward: The show got canceled in the second season, and I found myself jobless and lacking a true sense of who I was. After all, who was I? I was Devan, the Disney Actor. A typecast. A cliche. Even to myself, I was nothing more than my past roles. At 18 years old, I was given 15% of my fortune, which would be all that I would take. The rest was given to my family to help them during tough times. I was 18 years old, jobless, but with a wad of cash. I didn’t know who I was or what I truly wanted. I went spiraling out of control and spent almost all of my Coogan account funds on weed, food, and debauchery. One year later, I was broke. I had spent my Coogan money and given the rest away.

I was in a pit of self-hate and disgust. I started engaging in petty theft and other nefarious activities. I found myself getting arrested and going in and out of jail. Then in 2018, on Christmas Day, I found myself in an altercation with a violent homeless man that ended up causing me to go to jail. Only a few months before my encounter with the man, I saw a friend of mine lying on the ground, dying as he bled out from stab wounds all over his body. I was traumatized. The night that landed me in jail with an attempted murder charge, I minded my own business. I saw a man looking in my car window while I was inside a 711, and I kindly asked him to get away. I exited the 711 with a friend; we were getting directions when we were then charged by the man who was previously looking through my car window while inside the 711. My friend had his window down, and the man reached in and began attacking my friend. I panicked, and before I knew it, he was in front of my car kicking it, and I tapped on the gas to bump him. He ran away and was unharmed, but a week later, I was surrounded by police being charged first with vehicular assault and then attempted murder. There are so many details and nuances, but I am trying to give a short version.

I ended up in jail for four months—solitary confinement. I nearly lost my mind… While incarcerated, I thought about my life, actions, and the way I had been living. I cried. While inside, I read many books, from cultural books to religious ones. I had a profoundly spiritual experience and converted to Christianity. Many have had similar experiences, and some would laugh and call them nothing more than jail-house conversions. I am not here to correct nor to convince anyone of anything. I changed, and most certainly for the better. Life in jail, primarily while confined to a single room for 24hrs a day, was difficult. It took me almost a year to adapt back to society when I got out. I was bullied and mistreated by deputies, I was abused, and I was adapted to live in a box the size of a 3-star hotel bathroom. It was hell, and it was not suitable living for any human being not yet proven to be guilty.

However, following my incarceration, I vowed never to break the law ever again. I began buying valuable items for pennies at garage sales and then selling them on eBay, but that lasted until my eBay account was taken down due to a fraudulent customer making a false claim about an item he received. I began to hone back into the marketing and PR skills that I had spent years learning while working for Disney Channel, ABC, Nickelodeon, and various other channels and networks. I studied, and eventually, I figured out a business model that made sense. I worked relentlessly and endlessly to make money and provide top-notch services. In 2019, I began hyper-specializing on  TikTok with influencer marketing, as well as helping artists get their tracks well known on the app. It was hard work. Now in 2021, I own TikTok network LLC, as well as D Digital (Ddigital.org). I’ve established a list of satisfied clients, and I pride myself on hard work and customer satisfaction. I have begun working with an incredible organization known as Family Promise SCV, which helps homeless families find shelter, food, and transportation, provided directly by Family promise and their partners.

I am a young man still. I was an absolute piece of sh*t while I was on the streets. In many ways, I am still not the great man I hope to one day be. I am not the best writer, but I hope to try and inspire others to not only change for the better but never to lose hope. Whether you’re formally incarcerated, whether you feel as though it is too late for you… I want you to know that people can and do change, many times for the better. It is not overnight, but it’s not impossible. Wherever you are, no matter your struggle, you can still succeed and do what’s right. It is never too late. Never give up on becoming a better and more successful person. After all… True success is defined by how one successfully and positively impacts their family, friends, community, and the very world they live in.

Forgive my informal writing, I know this may have been hard to read.

Thank you Disrupt for having me as a contributer

feel free to DM any questions on instagram @TheDevanLeos

Swaray’s new collaboration with Famous Dex called ‘Glacier’ revolves around a song that talks about how money has become the trap of life.