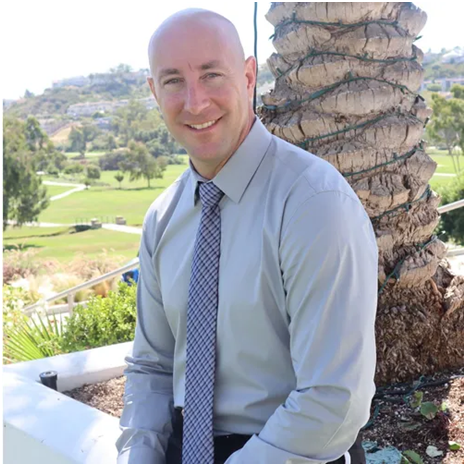 Why is it, exactly, that some people find success while others don’t? If everyone has the potential to achieve their life goals, then why do some individuals earn degrees and awards and build sizable retirement funds while others struggle to find their footing well into their forties and fifties? Devin M. Davis, a Retired Marine Corps Veteran and creator of a coaching program that accelerates his clients’ personal and professional growth, says the answer often comes down to one of his biggest mantras: Success loves speed. Speed defies gravity. Speed builds momentum.

“Have you ever noticed that successful people are always in a hurry?” he asks. “Sure, in the movies we see wealthy individuals lying around on yachts or hanging out in the trendiest cafes, but that’s not really the reality for those who are achieving their aims. It doesn’t tell the real story of how they got to where they are. When you talk to successful people, you learn that they are compelled to go faster and accomplish more throughout the day.”

Devin says that the pace of successful people is fast. They move fast, talk fast, and make decisions quickly. Hesitation or procrastination is foreign to them. Time is just as valuable, if not more so, than money, and they are determined to make the most of every second.

“It also comes down to their goals and how badly they want to achieve them,” he believes. “They have something that they believe very deeply in, be it a book they want to write, a product they want to bring to the market, or a place where they want to be able to retire. They live and breathe that goal, no matter how difficult it might be, and it compels them to move quickly throughout every day as they reach for it.”

Successful people understand that reaching their goals does not happen overnight and is instead composed of a series of small steps that must be taken. Each one leads them a little closer to that dream home, the ability to fly around the world, or their own business.

“They are consumed by taking every step and reaching the finish line so that they can win,” Devin explains. “As the days and weeks pass, they feel that finish line getting closer and closer. That is why they are at a full sprint. The slower they go, the longer they have to wait. The faster they go, the sooner their dreams will be realized.”

If you are seeking success for yourself, you should be moving so quickly that people around you are telling you to slow down a bit. While Devin doesn’t recommend overworking yourself, he does say that with speed, you have the ability to shorten the amount of time it takes to turn your goal into a successful outcome.

“Speed empowers you to take action and turn your idea into success. Having the ability to make decisions quickly is a gamechanger,” he says. “Remember: Success loves speed.”

Now, how big of a hurry are you in?

Devin M. Davis is a retired U.S. Marine Corps Veteran and self-made entrepreneur who has built several successful businesses, including a business coaching company and a financial services business. As the author of Business Credit Secrets and the builder of Boost Score Now, he has taught and studied finance, credit, business, money, motivation and leadership for many years. Devin is using what he knows about attaining success to help more people understand that there really are no elevators to success – only the stairs that they choose to walk up, one step at a time.

Building positivity one dose at a time with Mike Diamond – author, entrepreneur, and speaker

Achieve Deeper connections with 1 to 10 and Then