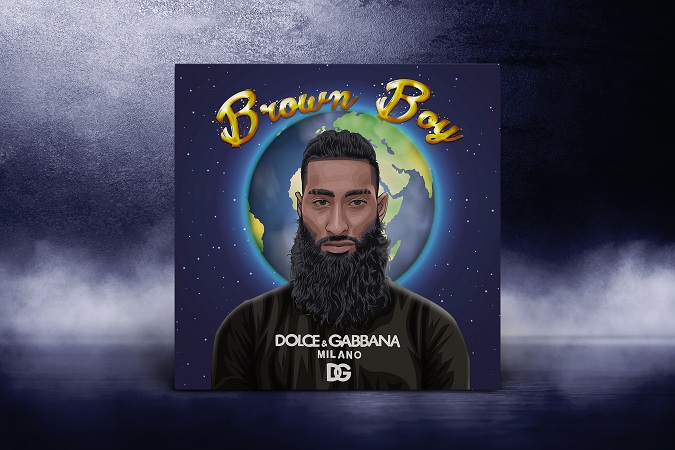 Dicey Ray is finally stepping back on the scene after taking over a year off. Thank you for taking the time to do this interview today.

What’s your background? What got you into music?

“Im a athlete forreal. I played four sports in highschool but basketball was the one I could see myself doing with my life. I played for a lot of high level teams and I got hella teammates in the league and overseas. When I was workin’ out or hoopin’ I was always listening to music, it was either bumpin’ on the speaker or in my headphones. After I tore my ACL at IMG the pandemic hit during my rehab and I was pushin to make a comeback but it was injury after injury, setback after setback. I always been realistic and I knew my chances of making it to the league were slim to none at this point. I finished out the season with a broken finger and the start of a back injury that led to a herniated disc I’m still dealing with. At this point I was smoking over a half a day easily and movin weight out the dorm room. I’m in my car so much, smoking, listening to music, I was like I could do this. So I rapped over a beat and took it to New York during finals week right before I dropped out and the rest is history.”

If you could collaborate with any artist, who would it be and why?

“That’s a tough question! Drake was my favorite artist growing up and is my “goat.” Lil baby made we really want to start rappin’ though. Me and NAV, now that would be one for the culture. Lil Wayne and Young Thug, they the Real Og’s so that would be a dream come true. NBA Youngboy is on that list and so is Lil Uzi, I came up listening to them in high school forreal. I would have to say Drake though, that would be the ultimate cosign and I got a bar discussing it in on this other project I gotta get recorded “Free Gunna & Thug Freestyle.”

Who are your biggest musical influences? Would you say you’re at all like them?

“All the people I just named forreal. I’m sure I’m missing a couple but those are the main ones. I think I’m really my own artist and I got my own style so I think it’s hard for you to compare me with anyone but I do believe a 100% that we’re all cut from the same cloth, so we’ll see how it plays out I guess.”

What makes you different from other rappers in the industry?

“I feel like everybody in the industry been doin’ this for a minute. Either they came up doin’ it or they got people in the family that do it. I never thought I would be rappin’ and I started mad late. I’m a quick learner and I write all my music. I been through a lot and I can’t speak on all of it but I got a lot to say in terms of telling my story. I make music I want to listen to and I put a lot of bars and double meaning in my lines if you think about it or look through the lyrics. Damn near every bar can be used as a caption.”

How would you describe your style of music?

“Rap and hip-hop. But I can do a lot and I can go over a lot of types of beats so my style of music is really ME! As I drop more songs I think people will see what I mean.”

How do you see your sound evolving in the next couple years?

“I got like 10 songs in the vault right now and each one is better and different than the last. I think if I can keep grinding and get them all out i’ll have songs charting and artists I looked up to wanting to collab with me. Also I think a lot of people are going to resonate with my music and really understand all it takes is hard work and be inspired hopefully.”

If it wasn’t for music, where would you be now?

“I started out as a hopper so i never thought I would be here. Basketball always been there for me during tough times and I never thought I was gonna be able to replace it. But for some reason since like the end of elementary I knew I wasn’t gonna be in college more than a year or two. After I dropped out I was on a weed farm for a bit and doing all types of dumb and reckless stuff. I got a job at a dispensary to get my credit right and get extra bread to record. I have no idea where I’d be, probably nowhere good, but I got so much ambition I would of figured it out.”