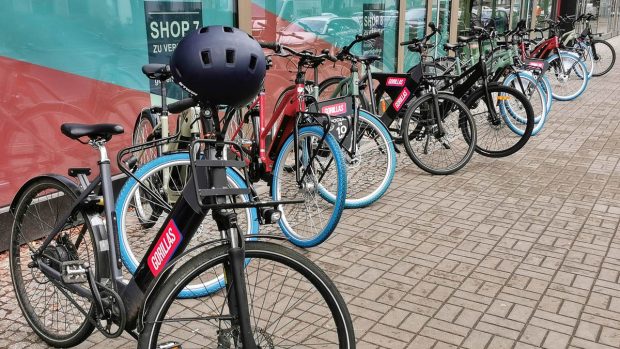 At first, it appeared as if Kağan Sümer had finally struck gold with his Gorillas food delivery app. But early success soon gave way to numerous issues.

Gorillas’ co-founder, Jörg Kattner, abandoned Sümer, app glitches became a data leak, and the list of employee complaints grew by the minute. Combine these with rumours of Gorillas’ drivers doubling as drug mules, municipal regulation violations, and Sümer’s spotty business record, once excited viewers are not asking not whether Gorillas will fail, but when?

Gorillas shot up like a rocket and found initial success with its “Faster Than You” tagline.

The promise of groceries at supermarket prices before the next commercial break seemed too good to be true! Co-founder Sümer assured sceptics it was possible, as he had tested the routes himself. Many speculated that Gorillas could spark a food revolution.

But the rose-coloured glasses soon fell away. First, there were problems with the app; it did not recognize home addresses and bugs caused phones to crash. Then orders took far longer than the 10 minutes.

This was not all. Customers were receiving orders with missing or mouldy items and customer service to rectify such issues was barely existent.

Employees started complaining. Heavy bags were causing injuries, Covid regulations were not being followed, drivers were forced to work in dangerous weather, and pay checks were late or missing. Finally, there was union busting, with those who were determined to organize being fired.

The dark stores Gorillas used to fill their orders also caused problems. Drivers coming in and out were a nuisance, especially their dangerous driving that was encouraged because it was the ONLY way to meet the delivery window, and the overall noise was ruining the peace of their communities.

A Trickle Becomes a Deluge

A few disgruntled employees soon became Gorillas employees across Europe organizing to ensure they receive what they say are basic rights and humane conditions.

Application issues quickly escalated into the personal information of over 200,000 customers’ leaked online.

Gorillas reported the leak to authorities, which they are legally obligated to do, and claimed to have plugged the hole within hours. But critics say this was a patch job and it’s only a matter of time before another leak occurs.

According to experts, the leak was due to cutting corners and inexperience. Sümer simply does not know how to run this business and it is starting to show.

Gorillas’ future is uncertain. Sümer pushes the excitement of being a unicorn and urges investors that with a ‘bit more money’, half a billion USD, he can make Gorillas into a success unlike any they have ever seen.

His model is flawed; pushing to expand while failing to invest in both infrastructure and employees is a sure-fire way to ensure that Gorillas does not see the end of 2021. Sümer relies on human capital, which initially is cheap and easy to adjust to, but in the long-term will leave his business in the dust.

As more stores convert to online sales, they are investing in technology that will allow them to see a long-term success that Gorillas simply is not built for. From automation, which is the future of delivery, to save on the cost of labour, employee investments to keep turnover low, and real estate that does not make them unwelcome in communities.

Gorillas’ is not Sümer’s first foray into the business app world and it is not likely to be his last. As the initial excitement wears off, it appears that lack of experience, lack of leadership, and lack of investment will lead Gorillas the way of his other businesses, straight to the dust bin.

Shaan Mahmood – A 17-year-old Serial Entrepreneur making it big in the industry.