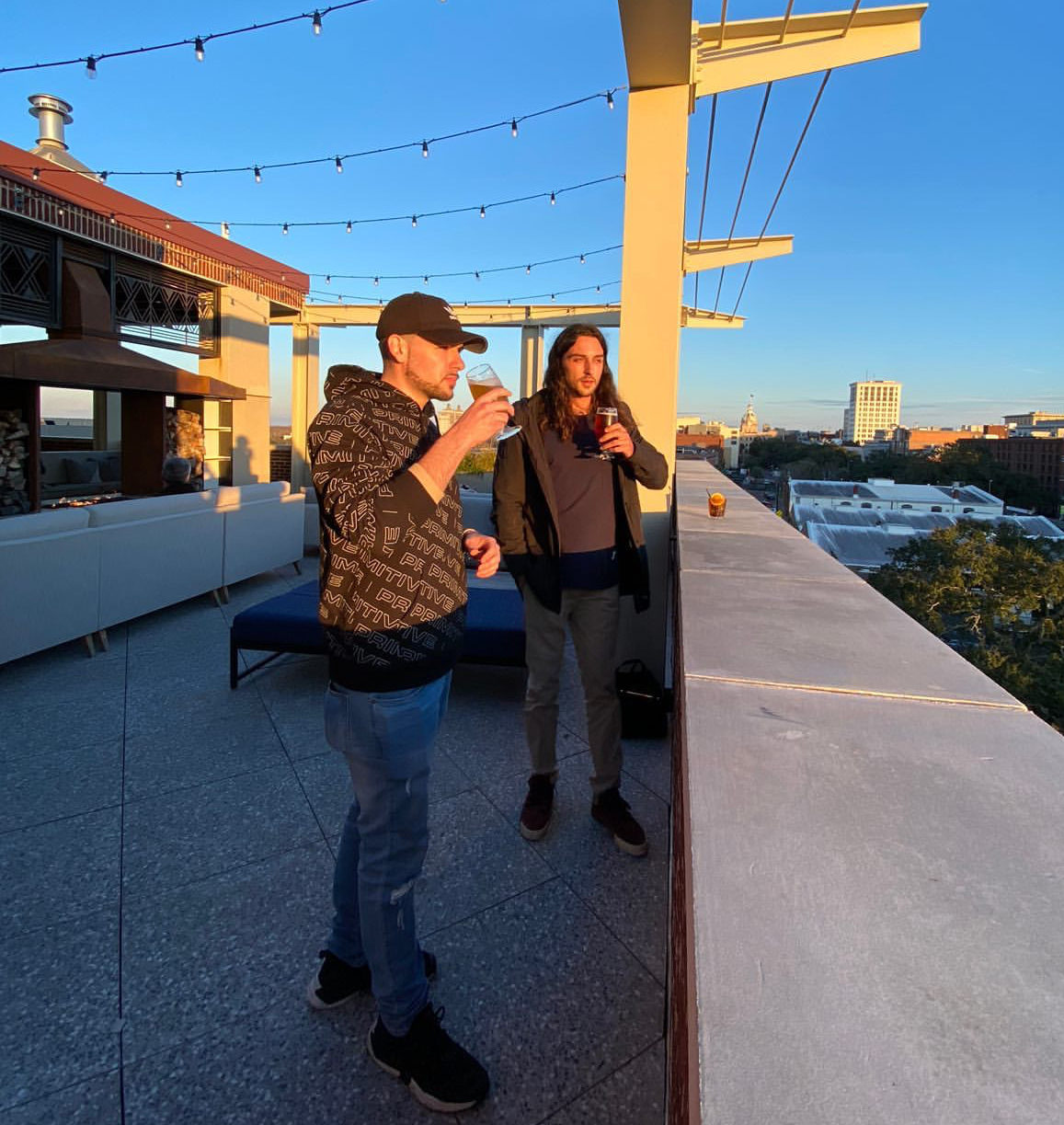 According to the World Economic Forum, strategic and well-calculated partnerships play a vital role in driving growth and innovation in today’s economy. Business partnerships can add diversity and flexibility to a company’s growth strategies. Often, leading a well-established company can make you feel like you can flourish on your own. However, proactively seeking productive partnership opportunities can jump-start your business’s growth in ways you would never imagine. The strategic partnership will offer your business new pathways for understanding and acting upon customers’ needs.

The partnership between Mike Poglese and Mike Anderson was one of its kind. Mike Poglese is a multiple 6 figure agency owner, influencer, podcast host, and an action sports junkie. Having schooled and lived in Virginia, he moved to Myrtle Beach, South Carolina, for his university studies in Marine Science at CCU. He was expelled, causing him to move back to Richmond, Virginia, teaming up with a quickly growing digital agency.

On the other hand, Mike Anderson is a 6 figure digital nomad, social media marketer, consultant, content creator, and investor. Anderson spent 21 years on the island of Cape Cod, MA. He had hyped 3 sports athletes in his area until he reached midway through high school when he began engaging in the wrong crowds. Mike pursued community college after high school but unfortunately dropped out.

How The Duo Came Together To Shake The World

Mike Poglese scaled up his agency to a six-figure but faced particular challenges as fulfillment became an issue. Poglese discovered a method through which he can grow his brand at an alarming rate. He wasn’t going to handle any of his work by himself. In a few months, he had helped more than 50 clients obtain successful social media results. Poglese had already figured out that he would create a business that would eventually be known as BrandBerry Unlimited.

Mike Anderson, after moving from kitchen to kitchen in Cape Cod in the name of a ‘job,’ he got tired. He joined a music career and later discovered that he had a passion for properly distributing content and growing Instagram pages. Anderson was already performing better than the company he was working for and knew he could do the same for his clients. Anderson spent thousands of dollars investing in social media presence since he wanted to live his dreams. It was here that Anderson chose to focus on his growth.

Mike and Mike worked on separate entities in 2019, handling over 400 clients. The duo decided to join forces at the start of 2020 and created BrandBerry Unlimited- a brand that connects high-level celebrities to upcoming personal brands and businesses to boost their social media presence.

BrandBerry Unlimited helps brands increase their digital footprint and awareness online. The company has specialized in managing social media strategy for several seven to eight-figure brands, which are top performers within their industry. BrandBerry also partners with other agencies that need BrandBerry unlimited’s services. The company is helping thousands of entrepreneurs overcome obscurity issues and create brand awareness for themselves and their companies. The company, which now generates multi 6 figures, has more than 500 clients and 2.5 million+ followers gained.

Today, the duo is connecting high-level influencers to upcoming personal brands and businesses daily with the mission to serve. They have learned how to accurately organize and execute a business plan at a high level. They have dedicated themselves to provide themselves on delivery and relationships, and in the process, they are creating a lasting brand.

What Has Made The ‘Mikes’ Prosper

The partnership between Anderson and Poglese was timely! The partnership creates new value for their existing clients and prospective customers. They have rooted their business through transparency, trust, and over-delivering. The patience, persistence, and proper planning of these entrepreneurs is what will amaze you.

Therefore if you want to increase your digital footprint and awareness online, hook up to the ‘two’ and experience a change in your business or brand. A successful brand is one that attracts potential clients and BrandBerry Unlimited is your solution. The “Unlimited” represents the fact that the duo can handle anything in the digital marketing space.

Why Do Investors Keep Buying Into Vague Promises?