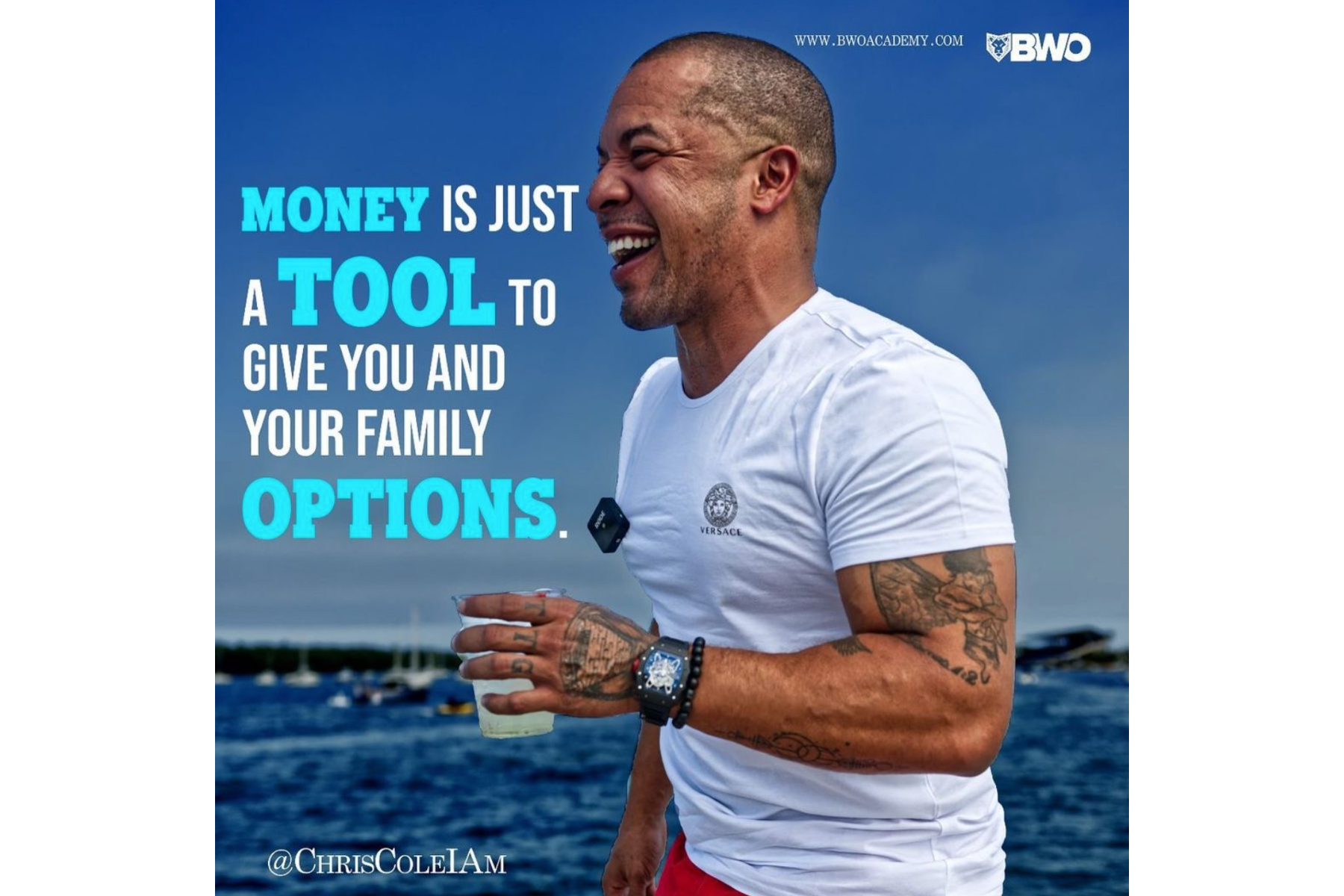 The last decade has seen a significant shift in different industries, especially with the growing popularity of mobile phones, the internet and social media. The growth has been astronomical to the extent that numerous traditional industries have been or are on the verge of being phased out. One of the benefitting industries has been cryptocurrency and fintech. With the rise of Bitcoin, Ethereum and the growing popularity of new crypto assets and exchange platforms, one name which continues to stand out is Dr. Chris Cole, who at 37 years has made a killing as a Financial counselor, educator and philanthropist.

Dr. Cole attributes his growth to his parents, crediting his trading inspiration to his father Bobby Cole and his go-getter laser-focused mindset to his mother, Christine Cole. He is a native of Augusta, GA, recalling how torrid his childhood was; he realized that happiness is a choice. Through his teenage years, he strived to be responsible for his happiness, not the money, material possessions or any other fleeting things of life. With numerous startup ventures he has failed at, Chris has prioritized his happiness over anything else and now at the pinnacle of his career as an entrepreneur, with a proven track record, he is on a mission to help other upcoming entrepreneur find their happiness through fintech, as well as learning financial literacy and how to build generational wealth.

He holds over a decade of experience managing money and trading the financial markets; he is also a leader in the retail trading space and has been featured in publications such as Futures and Truth Magazine and Futures magazine. In addition, Cole has directly mentored over 100 students who are now full-time traders and has equipped his students towards securing over $50 million in trading capital as part of his teaching tools and strategy.

Dr. Cole is a proven entrepreneur and professional whose track record speaks for itself. His achievements in various roles across multiple industries stand him miles apart from his peers and competitors. Dr. Cole is the First African-American Listing Director of a publicly-traded company, RLT Atwood; he is the current President of BWO, Bridging Wealth Opportunities, financial education and fintech platform focused on educating students on building generational wealth and creating technology to help themselves and others grow wealth and simultaneously educate. He is also the owner of the First Black-Owned Forex and Cryptocurrency Trading Exchange, creator of Top NFT trading marketplace, a Global Education partner with Nadex, and currently serves in advisory roles as a financial counselor for athletes, celebrities for over a decade now and counting.

He describes his business as helping others by exposing them to and educating them on information only available on privileged platforms. “My business also provides its very own execution platform that is Global and very user friendly. It is also equipped with automated features that take some of the stress from trading. As a result, the Wealth Standard exchange is second to none.”

Dr. Cole has been described by partners and associates as an authority in fintech and financial management, first as an expert crypto trader and then as a financial counselor of many years to athletes, celebrities and influencers. Dr. Cole has amassed a decade of experience in the Financial Trading and Risk management industry and emerged as a household name in the fintech industry.

After years of trading and teaching others to create and build long-term wealth, Dr. Cole has successfully launched a new NFT marketplace and trading place. The platform, which he called the Wealth Standard Exchange, launched on Wall Street on July 30, 2021. “What better place to launch it than on Wall Street?” He summed.