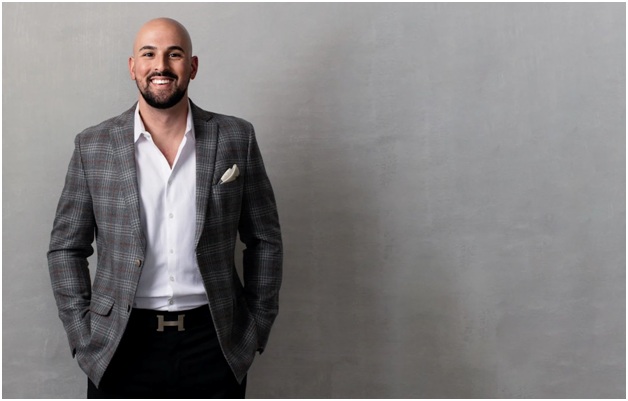 Loving oneself is partly dependent upon loving one’s body. Aesthetics can play a deeply pivotal role in one’s self-confidence, and plastic surgery is a great way to rid oneself of those troubling insecurities, allowing individuals to love the skin they are in and letting their true beauty shine through. Dr. Edward Chamata is a renowned aesthetic plastic surgeon specializing in body sculpting. He has built a spotless reputation in bringing a new era of plastic surgery to the world where natural, elegant results trump the overdone and exaggerated fake look.

Plenty of plastic surgery horror stories of botched operations and unnatural results have occurred over the years. Dr. Edward Chamata hopes to finally eradicate these horrible and unsafe practices by offering his expertise to his clients. Through his esteemed practice, Chamata Plastic Surgery, Dr. Chamata has successfully introduced revolutionary body sculpting techniques, allowing him to innovate the field of plastic surgery.

Compared to traditional liposuction techniques that fail to create a natural and well-defined look, Dr. Chamata’s methods are a cut above the rest. The renowned plastic surgeon has also made a name for himself through his technique for mommy makeovers and tummy tuck surgeries known as the “Chamata Chiseled Tummy Tuck.”

This technique is Dr. Chamata’s bread-and-butter. He focuses on elevating traditional tummy tuck techniques to new heights by enhancing important aspects of the procedure that were once missing. Traditional tummy tucks lacked a natural and toned appearance to the abdomen region and caused obvious scarring around the belly button region—an obvious giveaway that surgery was performed. In comparison, Dr. Chamata’s technique involves well-concealed incisions and provides a sculpted abdomen that creates natural curves.

While he was studying in medical school, Dr. Chamata went on medical mission trips to underserved countries in Latin America. With a burning passion for serving communities, he organized and led several medical trips of his own to third-world countries. This evolved into surgical trips where he performed pro bono reconstructive plastic surgeries such as cleft lip and cleft palate surgeries on children in need.

As a first-generation immigrant from Lebanon, Dr. Chamata witnessed first-hand the struggles his parents had to endure in order to provide him and his brother with the proper tools for success. “Their struggle has always pushed me to be the best that I can be and to give back to them what they have given me,” he shared.

When asked what inspired him to become an innovator in his industry, Dr. Edward Chamata replied: “My daily motivational force is to always push the boundaries of what can be achieved with plastic surgery and to always strive to improve on older techniques in order to propel the field of plastic surgery to new heights and provide every patient with the results they deserve.”

Ultimately, Dr. Edward Chamata has become synonymous with the plastic surgery industry. His innovative techniques in liposuction, tummy tuck, and BBL surgery have made waves across his niche. The “Chamata Chiseled Tummy Tuck” has become a significant step forward in producing more elegant and natural results compared to the traditional approaches.

What is Headache HatTM, and why do you need it?

Top 3 Travel Workouts to Keep You Fit on the Go