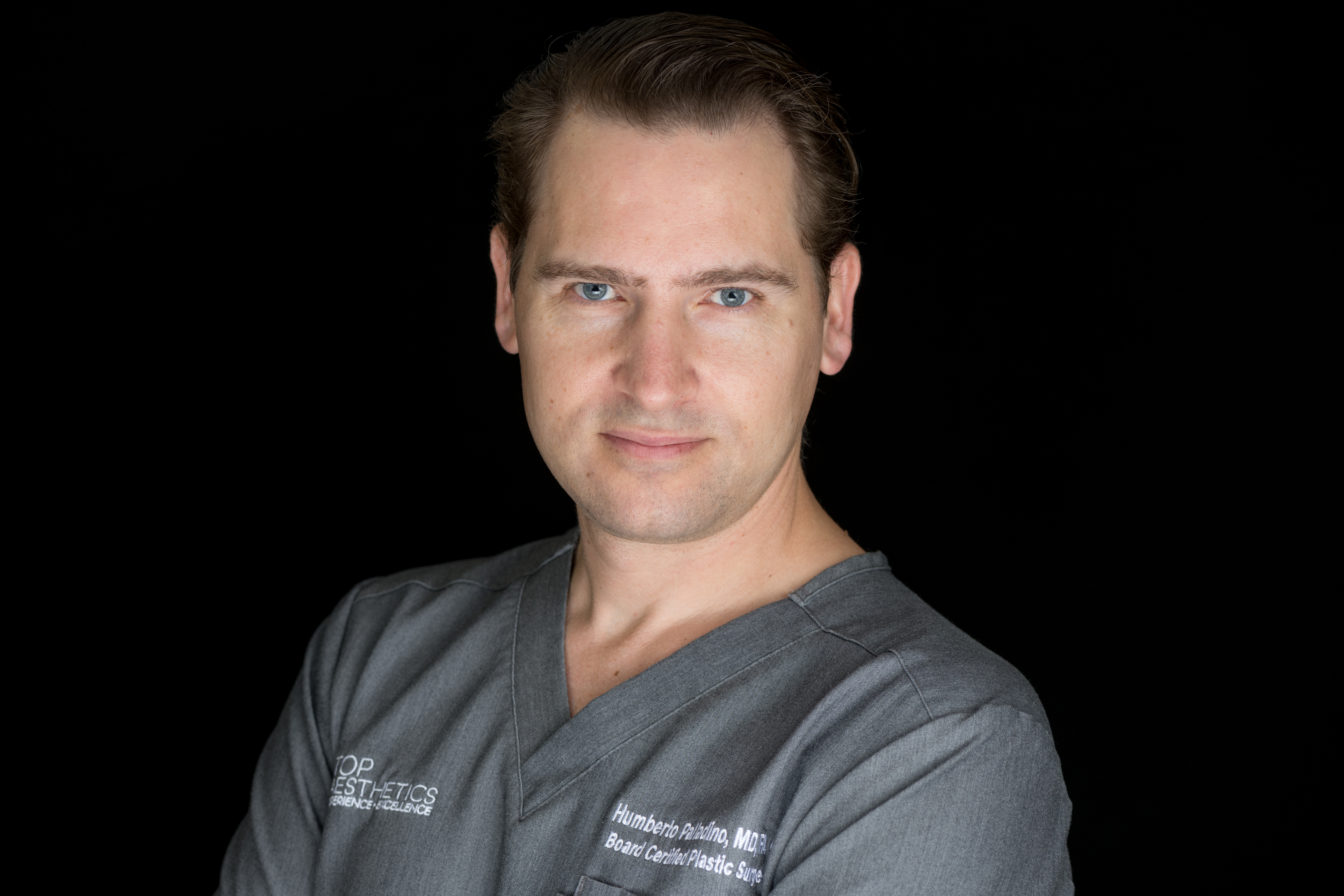 To be successful in an industry, an entrepreneur needs to be willing to take a risk, make a name for themselves, and shake things up. That applies for any area, from social media to investment, and even plastic surgery. Dr. Humberto Palladino is making waves with his Top Aesthetics practice, his willingness to apply artificial intelligence, and his efforts in creating a brand new app that educates prospective patients, delivers invaluable information about aesthetic surgery and allows for a close interaction between the patient and the doctor.

Following a Passion for Aesthetics and Life-Changing Transformations

Born and raised in Buenos Aires, Argentina, Dr. Palladino was brought up by two physicians. As a boy, he was passionate and multi-interested. He played soccer professionally, became a skilled piano player, and developed a love for medicine. He is one of three brothers, including Gabriel and Ignacio Palladino.

From a young age, Dr. Humberto Palladino knew that he wanted to transform lives. He embarked on a long journey to study the ins and outs of plastic surgery. Eventually, he completed his general surgery residency at Texas Tech University in El Paso, Texas and went on to do a plastic surgery residency at the renowned Mayo Clinic in Rochester, Minnesota. Not long after, he became certified by the American Board of Plastic Surgeons.

Dr. Palladino currently holds 18 awards, including the Champion of Hope, which was bestowed upon him by the Smile Network International in 2017 for his work with communities in need. To him, aesthetics is all about helping people look the way they truly feel. “The reason why I studied all my life is to be able to make people feel good with themselves, to get the look that they’ve always wanted. I feel incredibly satisfied after every intervention when I see my content patients,” he shares.

What makes Dr. Palladino different is that he is at the forefront of innovation. He is excited about software development and, to date, has created the first version of TheMagicSurgeon App, a mobile app that allows people to dive deep into the procedure they might want, see how much it would cost, and even get a consultation with the doctor himself. According to 2020 trends, the top five aesthetic surgery requests include pouty lips, small breast enlargements, abdominoplasty, fuller butts, and facelifts. With Dr. Palladino’s app, people can learn anything they’d like to know about all these procedures and more.

Dr. Palladino is currently creating another app, which will be named Top Aesthetics after his practice. His goal for the new app is to completely revamp, simplify, and optimize the world of cosmetic medicine.

How His Practice Became the Fastest-Growing in America

To date, Dr. Palladino has had great success with his work. He co-founded Top Aesthetics with his brother Dr. Gabriel Palladino in Florida. The practice soon became the fastest-growing in America thanks to the extreme level of personal attention they offer their patients from the beginning to the end and follow-up steps of each procedure. Top Aesthetics offers concierge service, suites, and amazing value.

The doctor’s plan is to build a new, state-of-the-art facility where he will be able to provide both medical and surgical regenerative and aesthetics services alongside nutritional, hormonal, and functional optimization. His vision is to create a recovery process that is faster and more comfortable than ever before, and he is poised to achieve that goal.

While Dr. Palladino is an internationally-known and accomplished surgeon who holds dozens of awards, at the core of any procedure he does remains the desire to make his patients happy and to bring them the fulfillment they’ve never before experienced in their lives. By innovating and disrupting the world of regenerative medicine and aesthetics, he’s on track to bring many invaluable transformations.