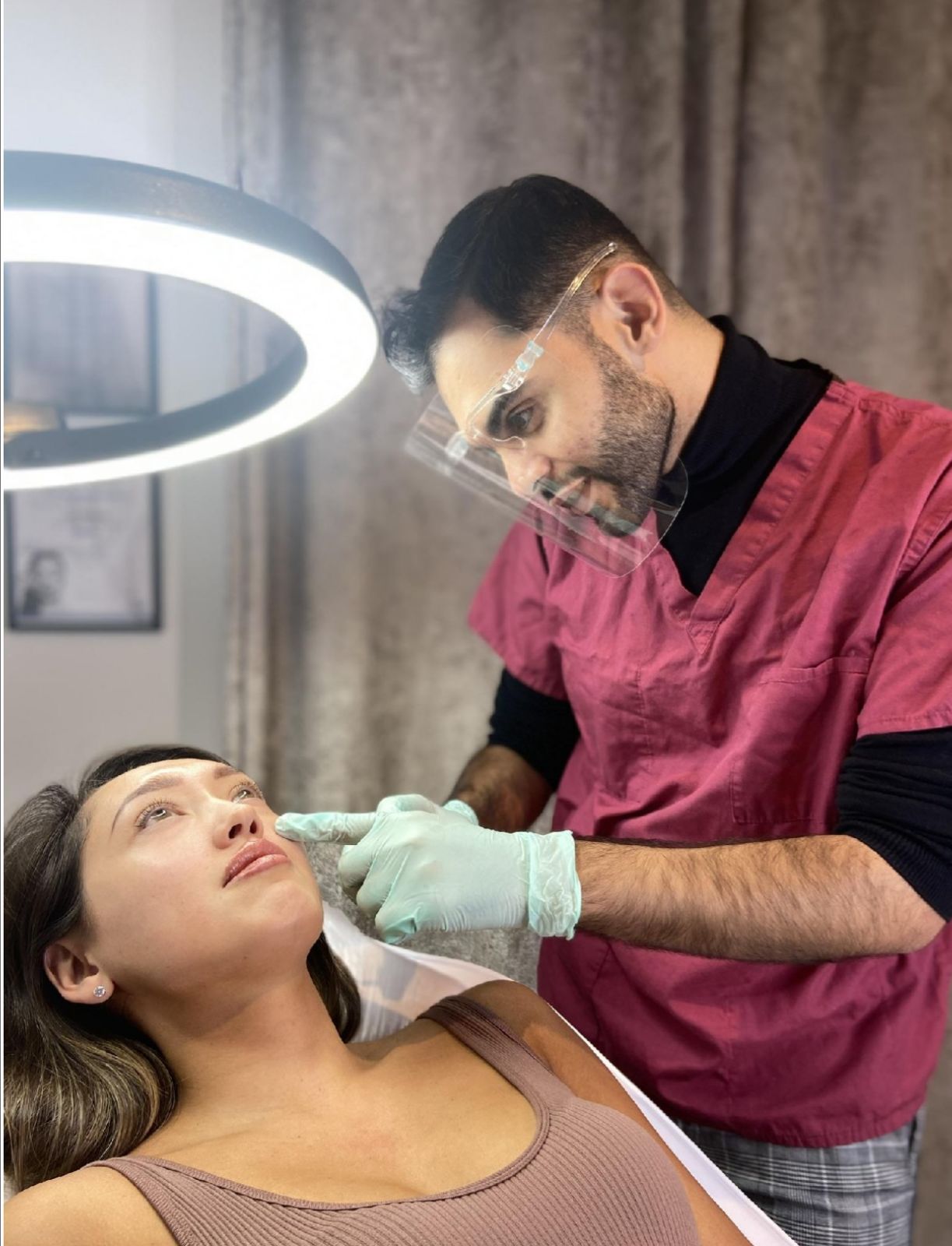 London based clinician Dr. Motox is changing the face of aesthetics and creating a
media storm.With an Honors Degree from university in Wales and medical background in facial surgery, Dr.Mo “Motox” Hamed has built a facial aesthetics clinic that treats celebrities from around the world. At eight years old the doctor moved to the UK from Iraq to pursue his education and medical practice, leading him to a maxillofacial unit treating patients with various head and neck conditions. Dr. Motox said growing up he worked hard to stay out of trouble and pursue his vision of success. “My surrounding environment was not made for me to succeed,” Dr. Motox said. “I moved to the
UK as an immigrant who struggled to fit in. The system was not made for someone like me.”

The doctor’s approach to aesthetics is creating a storm in the industry. Years of experience in the medical field and advanced aesthetics specifically have given the clinician expertise in executing treatments and knowing what would be best for a particular client’s look. While he caters to all gender identities and works in both masculinization and feminization treatments, Dr.Motox ensures that he and his client are on the same page about their current and desired appearance.

This means approaching assessments with sensitivity and awareness of how body dysmorphia and self-consciousness can give people a distorted view of themselves. Dr. Motox dissolves more dermal filler than most clinics worldwide. He works in the basics of Botox and fillers for lips, cheeks, chins, etc., as well as Profhilo skin treatments, liquid face lifts, fox eye thread lifts and liquid nose reshaping, but is also aware that many clinics have given people overfilled lips in the past decade. He seeks to enhance clients’ beauty, providing results that are noticeable but natural. “I will never just take someone’s money if I don’t believe something is right for a client,” Dr. Motox told Dazed Magazine. “And that always encourages them to come back to me, because they know I will be honest and give them something that works for them personally.”

His approach to aesthetics has brought in clientele from around the world, including sociasocial media influencers, RuPaul’s Drag Race stars, reality show personalities from Too Hot to Handle and Love Island, and 18,000 followers on instagram. While Dr. Motox offers all the treatments people want from an aesthetics clinic, he has specialized his own techniques to achieve results unseen from other doctors. After struggling to reach the top of the industry, Dr. Motox now seeks to run a clinic that gives people the treatments that would look best for them. “I constantly broke down barriers and always tried to be the best, which has now paid off,” Dr. Motox said.

Related Topics:Dr. Motox
Up Next

How Dr. Suhyun An Is Tackling The Student Loan Debt Crisis Head On With Her Scholarship

An Insight into David Cinelli’s Life: Finding His Passion and Making His Mark