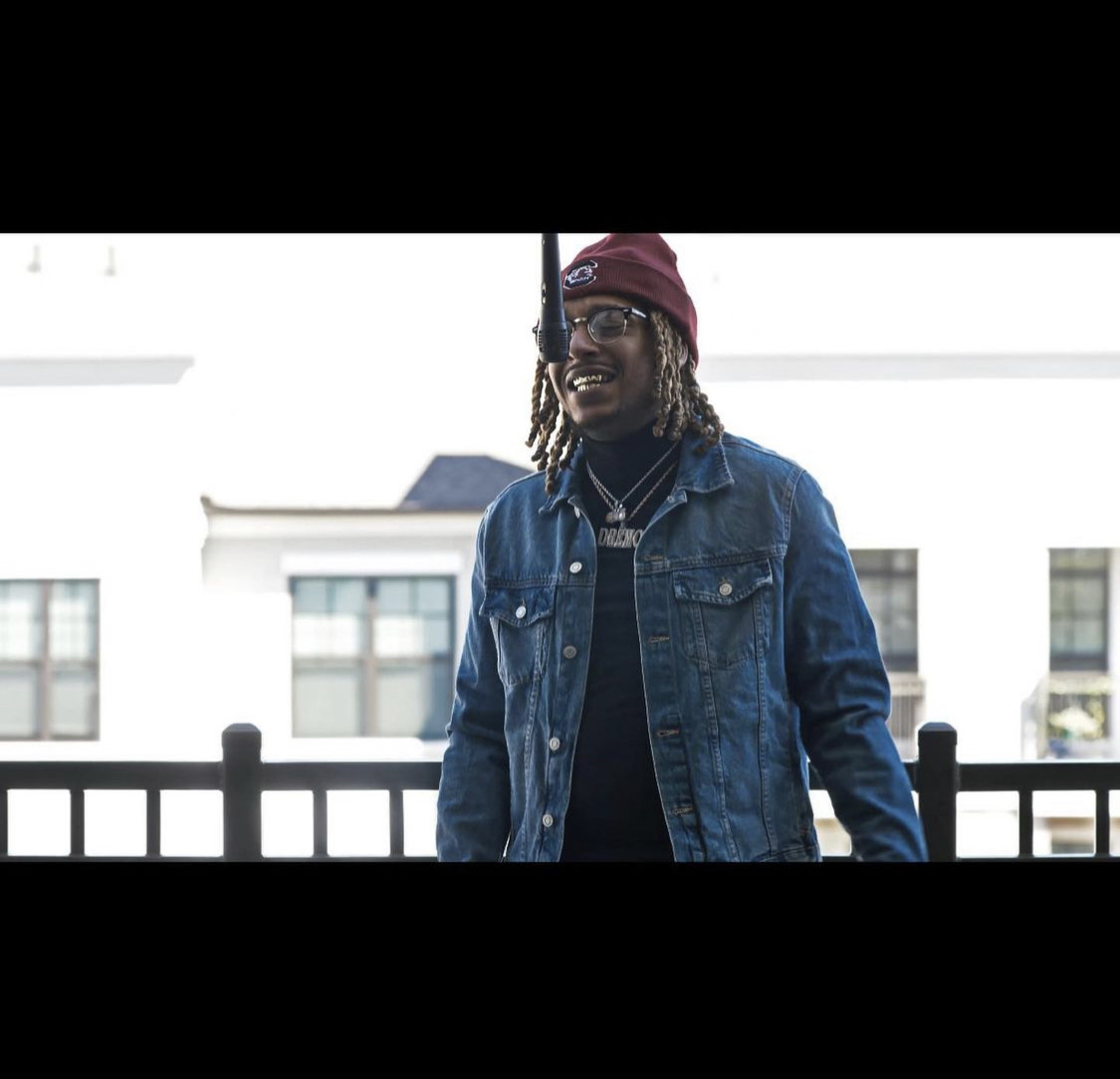 During our search for the new up-and-coming talent, we came across a young artist that goes by the name DreamRich DreMo. He is from Fayetteville, NC, and has been making music since he was young. DreamRich DreMo is becoming a game-changing artist as his Atlanta roots and sky-high goals bring him to the top. Throughout his time in high school, DreamRich DreMo preferred smoking weed and writing music.

His passion for music was inherent as far back as his time with his late grandfather, who was best friends with David Ruffin of The Temptations. Before Ruffin’s passing, he became Godfather to DreamRich DreMo’s first aunt. Despite their struggles, DreamRich DreMo consistently recognized and appreciated his mother’s love for family; more specifically uplifting her family every chance she had and working to end the cycle of poverty. Quickly, DreamRich DreMo realized his mother would do anything to make his and their lives better.

In contrast, DreamRich DreMo experienced a home invasion from some of those closest to him. With convincing from a longtime friend and now business partner, DreamRich DreMo decided to pack up everything and move to Atlanta, GA. There, DreamRich DreMo connected and worked with up-and-coming artists, further perfecting his craft. DreamRich DreMo’s sound, his vibe, and his truth are now his passion. Last summer, uprising DreamRich DreMo linked up with Davis Chris and Mr. Foster for their compilation “Next Up,” which accumulated over a million streams and became a huge success.

Now, DreMo seizes his moment in the spotlight with the release of his new single, titled “Walk.” A visual for the single is out now. Produced by Zey Antonio, the new single is an upbeat track potentially made to become one of the year’s biggest clubs. And with guest Bri Biase adding a catchy perspective, DreMo hits the dance floor doing his two-step. On the song’s conception, he explains in the press release: “I was tryna to make something upbeat, something focused more towards the club audience,” said DreamRich DreMo.

DreamRich DreMo plans to give his fans and listeners a better inside look at how he perceives himself and the world as he sees it today. He intends to deepen his connection with his fans from this inside look and create a strong fan base moving forward. DreamRich DreMo working diligently to make this project “Walk” something special that will stay with his fans for a long time. With just less than a year’s worth of music experience, he sets the bar high for himself moving forward. Stay tuned as DreamRich DreMo aims of being a well-known artist a reality in 2022; you won’t be disappointed.

How DJ Phellix is Booming On Spotify – An Iranian Artist