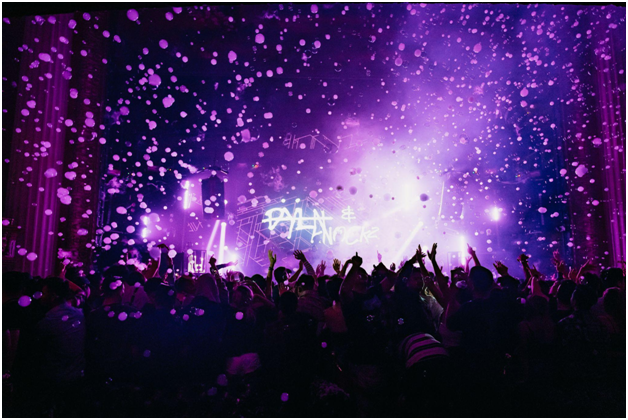 Music comes from within. But to nourish that talent, one has to practice a lot, learn skill sets to enhance creative thinking, and have a heart that perceives what others want to listen to and interpret their feelings in a catchy way. We see this kind of passion and drive in DŸLN. He is an artist from Los Angeles, who aims to combine the West Coast musical nuances with different styles, ranging from House to R&B to loud synth club music, he pulls out all the stops.

His new debut album “BoomTown” includes songs that instill many emotions. He has also collaborated with different artists like 1TakeJay, Rucci, Priceless Da Roc, Dmb Gotti, DCMBR, Mari Taylor, and more to create the best stories within his songs. DŸLN came onto the scene as a DJ/Producer through mixtapes on Soundcloud titled Flavours, which have garnered over 60 Million plays across platforms. With a large fanbase from California, he has toured across the US hosting sold-out shows at venues including Origin Nightclub (San Francisco), Longhorn Ballroom (Dallas), Bang Bang (San Diego), and Globe Theatre (Los Angeles). He brought artists like Bay Area’s Priceless Da Roc, Dmac, and controversial Cambodian rapper Stupid Young on tour with him in 2019.

Artist With A Unique Vision

Most artists like to stick to a specific genre, but DŸLN stands out due to his penchant to explore different possibilities and create things that are out of the blue. Besides being an amazing producer and artist, he is also a gifted dancer. As a way to escape the vices of his neighborhood going into his teens he took up dance as a passion. Soon enough he was given the offer to choreograph for “Crazy Ex-Girlfriend” on Netflix. He describes his dancing journey in the following lines.

“Once I was out of middle school and entered high school I decided to pursue dancing more and eventually joined a group called “The Lab” at 14. Over the years, I became a choreographer, and at 18, I was asked to choreograph for “Crazy Ex-Girlfriend.”

He is currently studying to become a doctor but has always been passionate to connect with people on a deeper level. Music acts as an outlet through which he can express himself and has allowed him to uplift himself in the face of adversity while helping others as well.

The charismatic man is a firm believer in hard work and comments, “A life lesson I learned along the way is to always remind yourself that “you will” I got it tattooed on my wrist at 22 when times were rough for me. As long as you don’t give up you can achieve anything, no matter how long it takes or how many people tell you otherwise, as long as you keep it pushing your dreams will manifest.”

With the drive to always follow his dreams and bring something for people to relate to, he is an artist with great potential and a vision to fly high. To know more about his work, visit here.