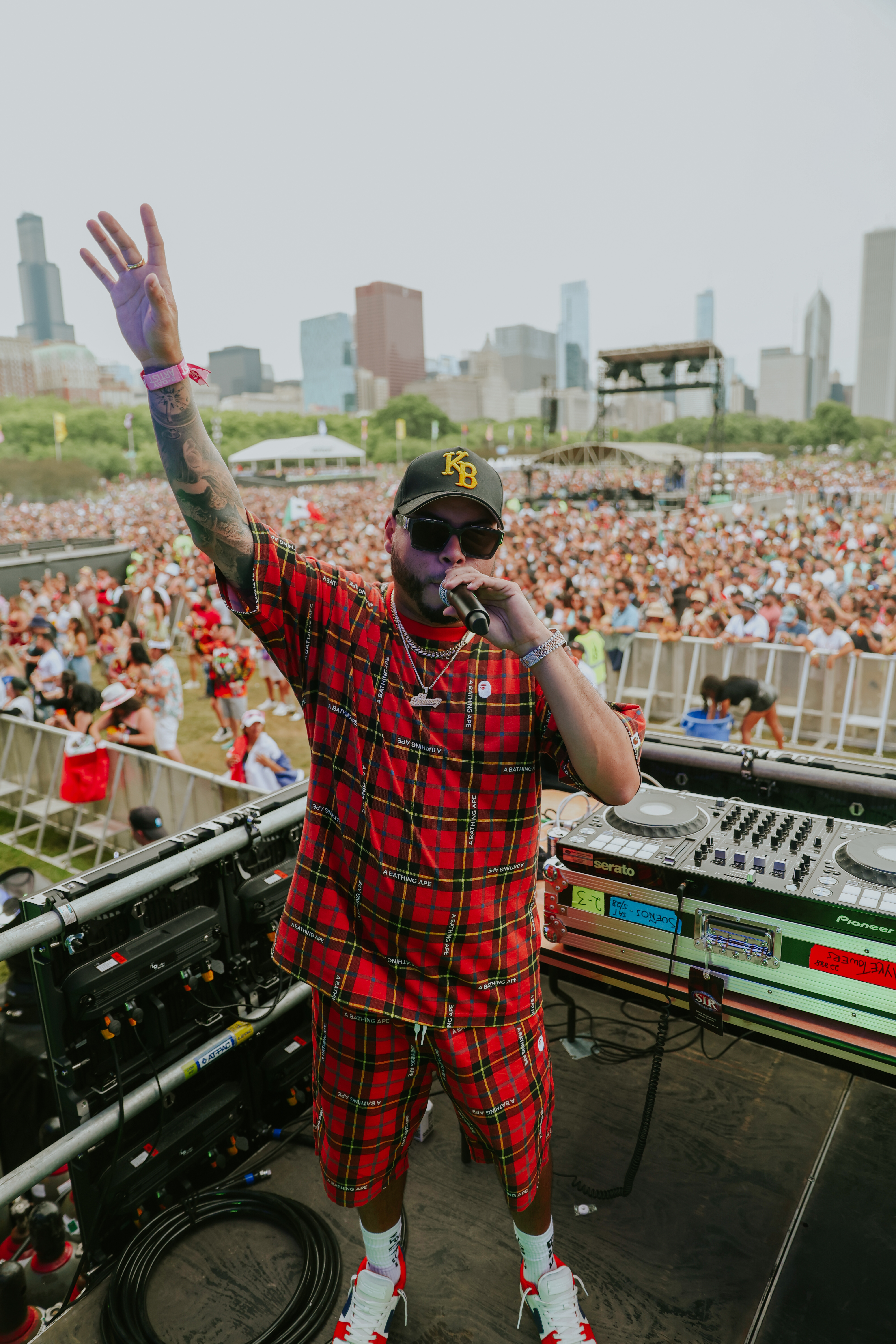 Latin music, especially reggaeton, has taken the music industry by storm, with many Latin artists themselves becoming household names and dominating the ears of non-Latino listeners. At the forefront of this Latin music movement is Hector Beltran, aka DJ Dynamiq, one of the key players within the industry who has managed to make a name for himself. Having started his career in a DJ booth in San Diego, DJ Dynamiq has headlined at huge festivals such as Baja Beach Festival and Sueños, opened up tours for talent including Bad Bunny, and is currently the official DJ for the San Francisco 49ers.

Born in Mexicali, the capital of Baja California state in Mexico, Beltran immigrated to the United States when he was six years old. His mother was a hustler throughout his childhood, instilling the value of having a great work ethic in him. After graduating high school, Beltran started his DJ career and agreed to play at backyard parties, sweet 16s, and quinceaneras. His younger years established a foundation for him and his values, as he still reps his roots and expresses his pride for his background and heritage.

At the age of 20, Beltran moved to San Diego, where he networked with DJs, promoters, and other industry professionals, scoring gigs to work at bars, lounges, and eventually nightclubs. In 2012, word spread about his talent, and Beltran began to travel to other cities, playing at clubs in San Francisco, Los Angeles, and Las Vegas. When the EDM and hip-hop industry started getting more saturated, Beltran decided to focus on establishing a Latin DJ movement and branding himself as a Latin DJ, having been passionate about reggaeton and Latin music all his life.

Performing at the first-ever Sueños Music Festival in Chicago was a satisfying full-circle moment for Beltran’s career that validated his brand and movement. It could also be considered as something that was five years in the making. Since branding himself as a Latin DJ, Beltran has successfully been pushing the culture of the movement on the West Coast, bringing both Latin DJs and artists to San Diego. Even before performing in Sueños, Beltran was already playing at huge festivals, such as Baja Beach Fest 2019 and 2021. He has opened up for talents such as Bad Bunny for his X 100Pre Tour in Tijuana, Mexico, and four dates for his El Ultimo Tour Del Mundo in San Diego, Los Angeles, Las Vegas, and San Jose. Currently, he is also the official tour DJ for Mariah Angeliq and Matt Paris.

At Sueños, which took place over Memorial Day weekend, Beltran wowed the crowd with his energy, character, and charisma. His understanding of the crowd and truly creating an outstanding and memorable experience through interacting and engaging with others is how he has become a significant DJ within his industry. With 45,000 attendees who showed love for all the headliners, it was a festival that made Chicago history. “Chicago now has a festival that they can call their own now, and for me to be a part of it, it’s an honor and a blessing,” says Beltran.

DJ Dynamiq has even more exciting things to look forward to with his career. His most recent single, “Lotto,” released in early May, features Quimico Ultra Mega, JaySí, and NFA, and has a music video set to come out soon. A record that was two years in the making, Beltran describes it as an “absolute club banger,” with other fellow DJs already playing it around the world. The record represents his next calling, being an executive producer and releasing music. The DJ also has an exciting residency with seven dates in Las Vegas at Elia Beach, with his third date coming up in July with Jhay Cortez.

DJ Dynamiq has set the bar high for DJs, especially with his performance at Sueños. Already an inspiration for other Latinos within the industry, it’s exciting to see what’s next for his brand and his music movement.

Keep up with DJ Dynamiq:

Who is Koflows, the recently popular Korean Music Artist from NYC?