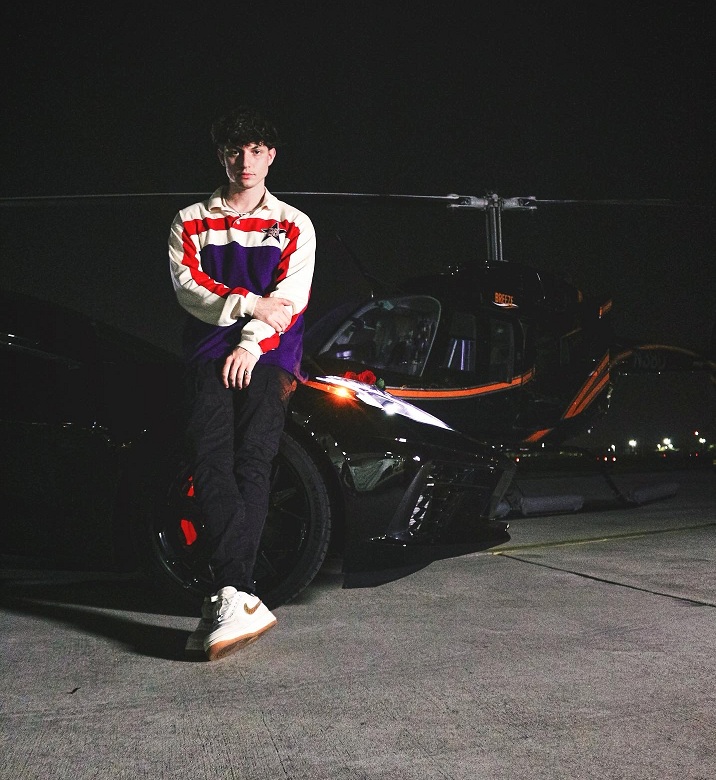 Young and rising artist Adam Medvedev, also known as “Sneakz”, has always been asked how everything blew up for him so quickly? How did he manage to make something from nothing they ask? Ever since he was about 13, he understood that money doesn’t come to you.  He learned that money had to be sought out and captured. He did whatever he could at the moment to try and think about his future anytime he could.

As a teen, Adam was involved in skateboarding and the culture that came with it. Many of the people that were involved in the culture of skating, were also involved in the music industry. It was then, where Adam first began to dive into making music and beats.Since then, Adam has taken his curiosity about the music industry to now working in just about every part in the music business. He’s been making music and producing for several years now. It was only recently that he began to really show his abilities and musical contributions. Adam says that “real talent may never be noticed and it’s not about how good you really are but how you’re able to be heard.” “Some of the greatest and most talented musicians sometimes may go unheard simply because they don’t have the platform as some others do”states Medvedev.

Adam makes the claim that in some way you’d have to relate to others and speak with emotion so it’s not just another song meant to be missed. Making music that can be remembered and related to is a huge importance to Adam. He takes every beat and piece of art he makes very seriously and wants it to make a positive impact on those who hear his work. Instead of a trend it’s more important to him for people to understand the concept of the music. What’s normally the case is that Adam doesn’t want it since it’s been done and there’s less of a chance that the same thing will happen again. He goes on to explain how it’s not even about the lyrics, but when real instruments are applied it can tie it all together. Beats are made virtually, at the same time live recording brings life to the track especially when it’s a custom tone. Being 22, Adam is still quite young and has a path to explore. He’s got a crowd waiting to see what’s next. Let’s all stay tuned.

The Driving Force Behind the Success of Abelian Law Firm