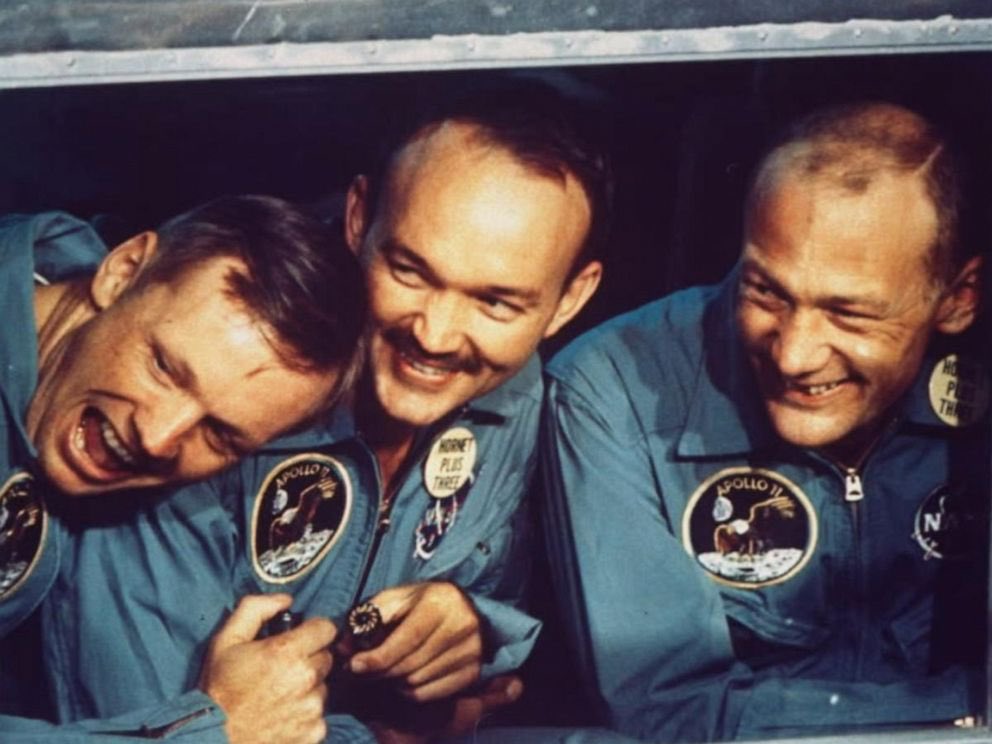 On Wednesday, NASA Astronaut Michael Collins, a member of the Apollo 11 mission that landed on the moon, died at age 90 from cancer, according to statements made on Twitter by family members.

Just within 69 miles of the Moon, Collins Collins himself never stepped foot on the moon, but you better believe his accomplishments in the 238,000 mile journey were essential to the most famous space mission known to mankind, Apollo 11, which was a three-man crew, with Buzz Aldrin, Neil Armstrong, and Collins flying together, which effectively ended the space race between the United States and Russia— a major priority for the former U.S. President John F. Kennedy, whose goal it was to reach the moon by the end of the 1960s.

Selected by NASA to become an astronaut in 1963, Collins took his first flight aboard Gemini 10 on July 18, 1966, for a three-day mission conducting a docking test and a double rendezvous in orbit. This mission made Collins the third person in U.S. history to conduct a spacewalk.

“We regret to share that our beloved father and grandfather passed away today, after a valiant battle with cancer,” Collins’ family said in a statement on Twitter. “He spent his final days peacefully, with his family by his side. Mike always faced the challenge of life with grace and humility, and faced this, his final challenge, in the same way. We will miss him terribly. Yet we also know how lucky Mike felt to have lived the life he did.”

“Today the nation lost a true pioneer and lifelong advocate for exploration in astronaut Michael Collins,” acting NASA Administrator Steve Jurczyk said in a statement. “Whether his work was behind the scenes or on full view, his legacy will always be as one of the leaders who took America’s first steps into the cosmos. And his spirit will go with us as we venture toward farther horizons.”

Disrupt Magazine reached out to NASA Headquarters in Washington, D.C., to which it provided a recent statement to us from U.S. President Joe Biden:

“Michael Collins lived a life of service to our country. From his time in the Air Force, to his career with NASA, to his service at the State Department, to his leadership of the Smithsonian National Air and Space Museum; Michael Collins both wrote and helped tell the story of our nation’s remarkable accomplishments in space.

Many remember him as the astronaut who was by himself, orbiting the Moon as Buzz Aldrin and Neil Armstrong walked on the lunar surface. He may not have received equal glory, but he was an equal partner, reminding our nation about the importance of collaboration in service of great goals. From his vantage point high above the Earth, he reminded us of the fragility of our own planet, and called on us to care for it like the treasure it is.

Although, in his life of accomplishment, he earned many titles and achieved the rank of general, he demanded that everyone call him, simply, Mike.

Our prayers are with General Collins’ family.  Godspeed, Mike.”

Having retired from NASA in 1970, Collins transitioned from his position with the space agency to serving as the director of the National Air and Space Museum and as undersecretary of the Smithsonian Institution.

Collins was also a bestselling author, having penned and published his 1974 memoir, “Carrying the Fire: An Astronaut’s Journey,” where Collins reflected on his solitary time in orbit around the moon. It was because of this book that many nicknamed the astronaut “the loneliest man in history”.

A passage from his memoir:

“I am alone now, truly alone, and absolutely isolated from any known life,” Collins wrote in his memoir. “I am it. If a count were taken, the score would be three billion plus two over on the other side of the moon, and one plus God knows what on this side.”

After news of Collins’ passing, Aldrin, the last remaining member to the Apollo 11 mission, tweeted a picture on Wednesday of the three crewmates laughing, saying:

“Dear Mike, Wherever you have been or will be, you will always have the Fire to Carry us deftly to new heights and to the future.”

Dear Mike,
Wherever you have been or will be, you will always have the Fire to Carry us deftly to new heights and to the future. We will miss you. May you Rest In Peace. #Apollo11 pic.twitter.com/q4sJjFdvf8

If you haven’t yet read Collins’ memoir, it’s definitely worth picking up. Collins revealed that the reason he chose to apply to NASA, had everything to do with former NASA astronaut John Glenn’s 1962 flight, making Glenn the first American to orbit the earth.

In addition to his memoir, Collins also wrote a book tailored towards younger readers, “Flying to the Moon: An Astronaut’s Story.” Collins has been very proactive on social media, urging more spending to be allocated towards space exploration and for an astronaut mission to Mars.

“It’s human nature to stretch, to go, to see, to understand,” Collins said on the 10th anniversary of the moon landing in 1979. “Exploration is not a choice really — it’s an imperative, and it’s simply a matter of timing as to when the option is exercised.”

Collins is survived by two daughters and grandchildren.

Andrew Brown Shooting: Decision By North Carolina Judge to Deny Public Release of Body Camera Footage is Anything But ‘Fair and Impartial, Orderly Administration of Justice’