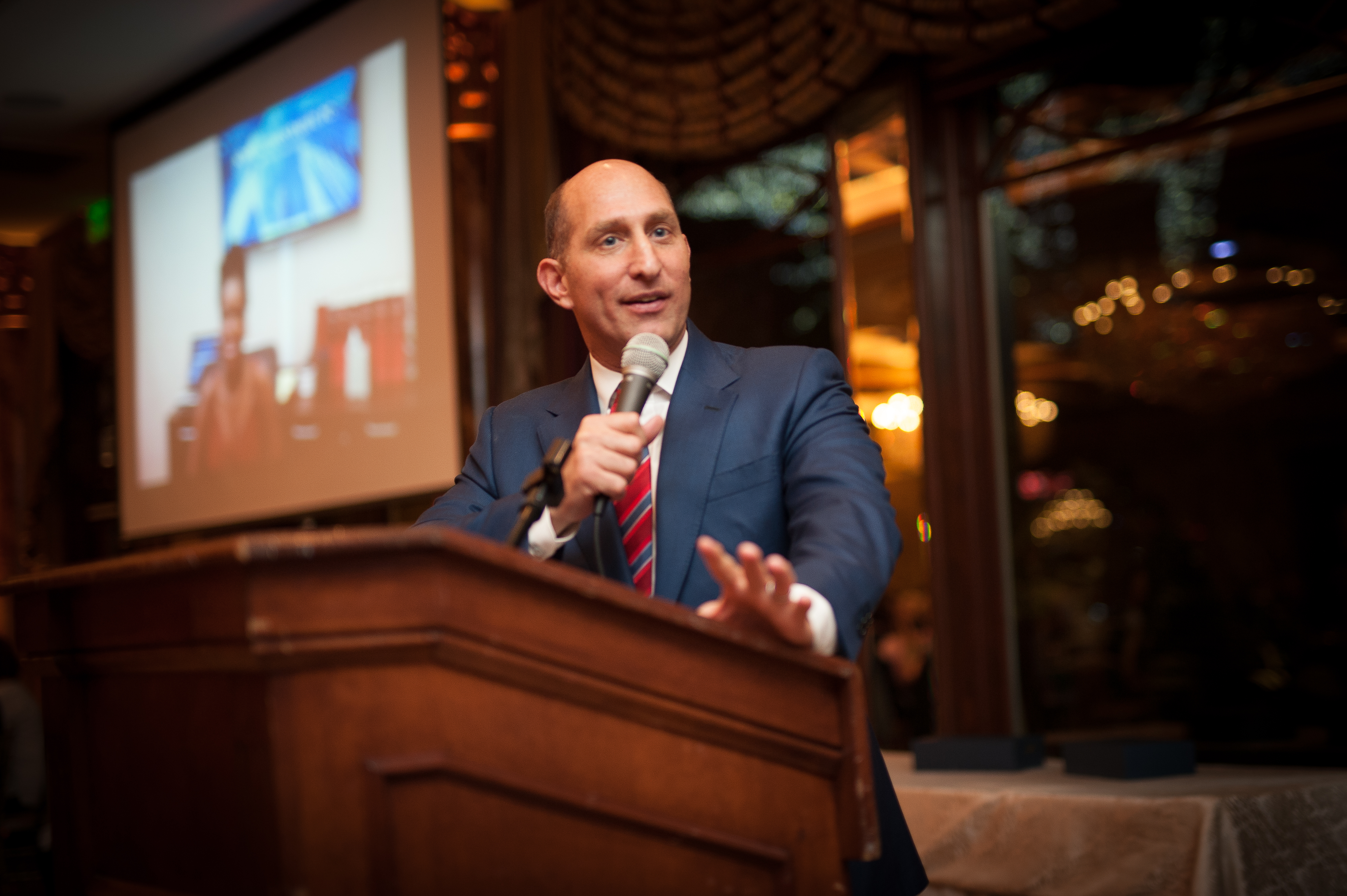 After breaking both arms and falling into a coma, most people wouldn’t wake up and decide to win all-county honors for their high school track team.

Today, Bailey stands as one of New York’s most sought-after real estate lawyers. He leads an eponymous law firm that has earned its stripes winning some of the most important, bet-the-company disputes and deals of the 21st century — but back then, he was just a kid with a lot of guts. Any other teen might have taken the season off after surviving a violent car crash. Bailey, a senior in high school at the time, went to track practice with two casts and began training harder than ever before. He ran a record season, achieved all-county honors, and received an Award of Courage from his coaches and teammates just before his graduation in 1988.

That incident occurred over thirty years ago, but it still tells you quite a bit about who Adam Leitman Bailey is. In many ways, it stands as a microcosmic example of an overarching theme in his life: he overcomes, thrives, and persists even when the odds are stacked and the path ahead is painful.

The sheer persistence that drove Bailey to sprint (and win) with broken bones was developed during a painful childhood. At the age of five, he and his younger sister were uprooted from their home in New York and transplanted to California, where their mother struggled to find work as a teacher. Money was in short supply and emotional security lacking; the family often moved to flee their unpaid landlords, and the situation prevented Bailey from attending kindergarten.

Little improved when Bailey was finally able to attend school. He was bullied for his thick New York accent and skinny frame. It was in school that he was forced to learn to be a leader and stand up for himself and his younger sister.

It wasn’t long before Bailey found himself applying his developing leadership skills and passion for justice to broader causes. As a preteen, Adam Leitman Bailey spoke at his first public rally to protest the three-hour bus rides that children were forced to take to school.

The oppressive bullying he faced continued when his family moved back to New York in Bailey’s early teens. He survived it, and threw himself into his studies. Looking back as an adult, Adam Leitman Bailey views those years almost as a kind of brutal training for his current life. In an article for the ABA Journal, he wrote: “I prepared for law school almost from when I could walk. I studied hard. I solved my own problems. I learned empathy and understood different types of people. I conquered so much just by surviving.”

It’s perhaps unsurprising, given this pattern of persistence, that despite being told as a child that “only rich people get to be lawyers,” Adam Leitman Bailey would go on to become one of New York’s best real estate attorneys. Despite not meeting a legal professional until college, Bailey pursued his dream; he put himself through college, and, ultimately, managed to grow his legal practice into one of the foremost firms in New York City’s real estate field.

Bailey’s persistence-first philosophy shapes his leadership approach. He outright refuses to hire first-year attorneys from Ivy League law schools who refuse to grade their students, believing that students who are forced to compete against each other for their rank will become better attorneys. Those who have worked with him know him as an unapologetic achievement snob who prizes hard work and results above all else. Even the pay structure for his business is a meritocracy, organized around the quality of an employee’s performance.

It’s fair to say that his tactics have seen success. Today, Bailey and his firm, Adam Leitman Bailey P.C., have been associated with some of the most significant cases of the new millennium, including prevailing in the Interstate Land Sales Full Disclosure Act cases, the Save Harlem Association v. Kimko case, the Ground Zero Mosque case, and the Trump Soho Association v Trump Soho Condominium. These achievements included reaching the largest settlement in condominium history as well as separately, the largest casualty settlement for a restaurant. Victories also included winning cases and making a new law for newly constructed condominiums and prevailing in both a case of first impression in a property land dispute as well as a landlord-tenant case of first impression.

He and his law firm have won every major award that a lawyer could win, including Commercial Observer’s Most Powerful Lawyers, Chambers & Partners’ Leading Law Firms and Lawyers, Super Lawyers Top 100 Lawyers, and Martindale-Hubbell’s AV Rating.

Adam Leitman Bailey is a heartfelt believer of persistence above all else — and, given the obstacles, pain, and doubt that he has so clearly overcome in his life, it seems impossible to argue with his methodology.

6 Most Useful Equipment for Any Construction Business

Josue Arteaga is a 22 yr old Branding Consultant and Venture Capitalist. As the Vice President of Disrupt Media, his aim is to disrupt how branding is done through marketing tools such as Social Media, Press, and podcasts in a unique way. Josue has worked with clients worth over $100m, celebs, and the world's biggest entrepreneur influencers like Ed Mylett, Julius Dien, and more.