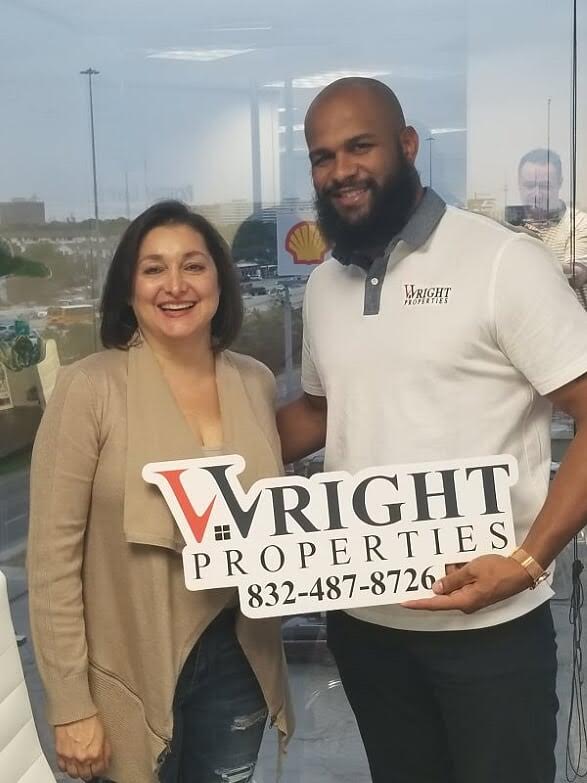 Now the founder of a successful real estate company that does the same work you may see on HGTV shows, Faris Wright could have never guessed this is where he’d end up when he was growing up in Detroit’s east side impoverished neighborhoods. As a child, everyone around him rented their homes. It wasn’t until he was well into his teenage years that he met people that owned their own house.

“Even then, that was their primary home, and not an investment property. I always believed real estate was a staple to have investments in and you have to get the money first to be able to afford to be in the business. It was a blessing to get into this business and learn this trade because my other pursuits did not work out,” Faris says.

In 2015, Faris moved to Houston and began attending real estate networking events, which showed him how valuable learning this niche of wholesaling real estate could be. Before attending these events, Faris assumed that you had to have a lot of cash to be an investor. After debunking this assumption, Faris was able to dive headfirst into the industry.

“With the first property I did a wholesale deal on I made $14,000. That transaction took a little bit over a month with probably me only working 8 hours from sending letters, stamping them, driving to property and finding a buyer, the rest was just downtime. This is what launched my real estate career, I got the information and acted on it” Faris explains.

Wholesaling allowed Faris to boost his business and enter the real estate market quickly. After getting his foot in the door, Faris picked up skills in other niche markets.

“I have now done some virtual deals never seeing the property, some wholetail deals which is another niche, as well as fix and flips. I’m most grateful for the knowledge of this trade and know there’s no ceiling to investing in real estate, only endless possibilities. I now know a trade that can make me money forever because real estate will be around as long as people need a place to live,” Faris says.

Now, Faris works with fix and flip properties due to his growth, finding distressed properties that need updates and repairs, purchasing them at a discounted rate, and then getting to work with his contractor crew to fix them up and get them back on the market at a better price.

In addition, Faris has started working on producing digital learning and consulting products. Through these products, Faris is able to break down the trials and tribulations that come with getting into the real estate market at an entry level niche, which are challenges Faris needed to overcome himself when starting out.

“I break it down from A-Z so people that have aspirations and hustle but no cash can get involved in real estate with little to no money. In these products, I show everyday people how they too can produce 6 figures a year. It’s the blueprint on how I started with updated methods and how to apply the information with action and directional steps,” Faris outlines.

Faris has always been inspired by the idea of real estate, even starting in his youth. Many of his uncles worked as contractors, and Faris remembers being mesmerized by their ability to take ugly, rundown homes and turn them into something beautiful through their skills and hard work. He was captivated by the ability to create something that others may not have had the foresight to see, but was unimpressed by how his uncles’ bosses would treat them as disposable labor.

“That experience played a part in me wanting to get into real estate as the boss, so I would be able to reap the rewards and possibilities. Not only is financial freedom a big reward, but I also value the ability to control your own time. As I continue to grow within the real estate business, I find myself gaining more and more inspiration from peers with other creative niches and how they make things happen. I have an infinite hunger for knowledge and I’m always looking to apply what I learn,” Faris says.

In the next year, Faris is focusing his company’s efforts on sharing the information he has learned throughout his years of experience. Through digital products, such as a series of ebooks, courses, and live webinars, Faris will be able to ensure success of everyday people looking to get into the real estate market with little to no money.

Want to learn more about Real Estate Investing? Be sure to check out Faris’ Ebook Course or his personal Instagram account for up to date info.

Victoria Kennedy Reveals Why You Absolutely Must Reinvent the Wheel

Mel Acquaah, Known As Sabathil, Took The Loss Of His Brother As Inspiration To Work Harder Like He Would Have Wanted. Now, He Is One Of The Hottest Hip Hop Artist Today