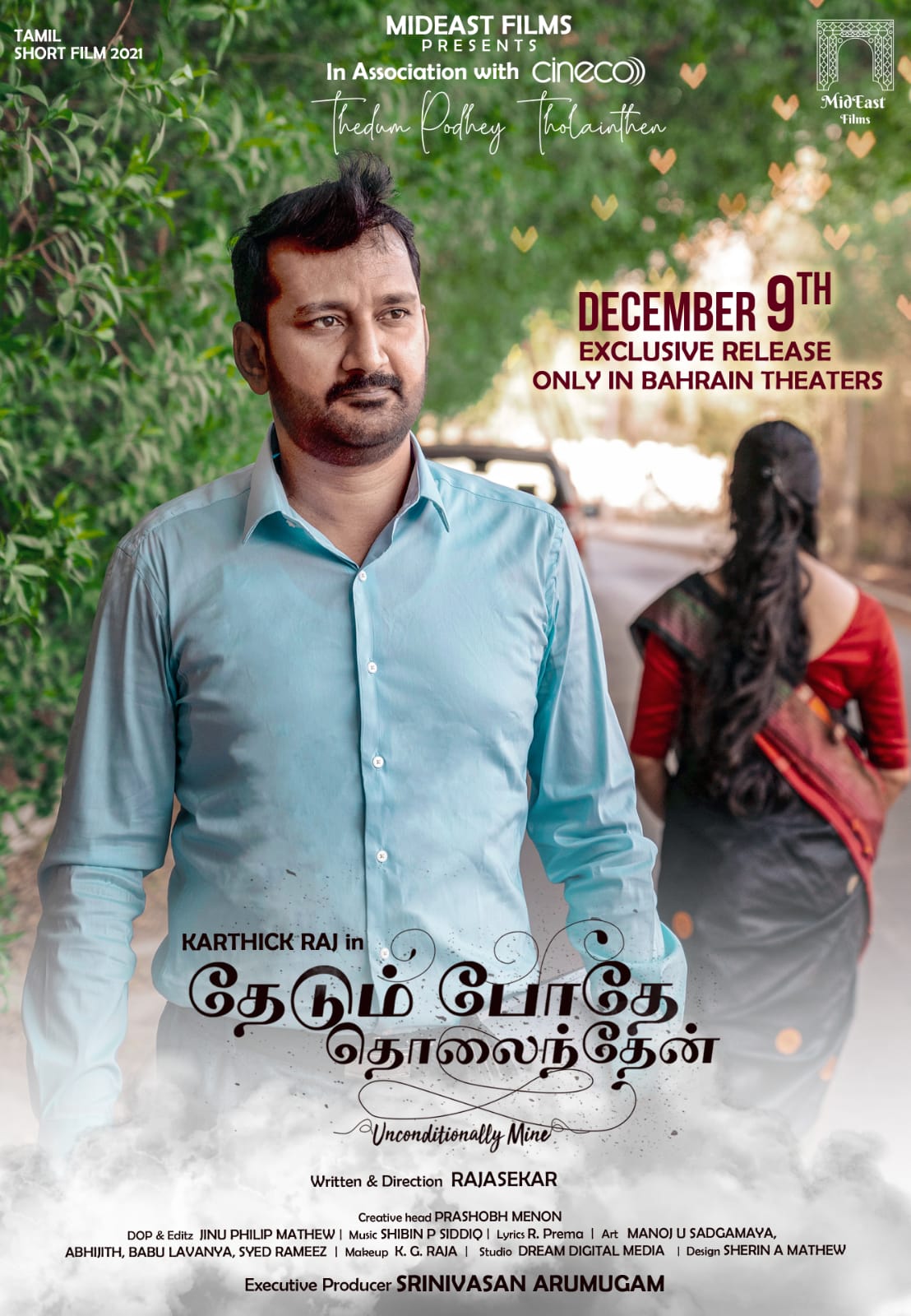 Fasten your seat belts & mark your calendars… A great news for all cinema loving Tamilians in Bahrain has spread all over! And the wait cannot end for yet another exciting project release of Karthick Raj in theatres by the fascinating name, “Thedum Pothey Tholainthen”.

The movie star, Karthick Raj is a top Tamil film and television actor who is famous for his astonishing performances. He has played a number of roles in acting and narration of films, television shows, web series, and serials. This is what has made him increasingly popular, and the surge of fame has been in his career. With such eminence, he has been invited by various shows and received numerous awards and prizes throughout his profession.

The film “Thedum Pothey Tholainthen” is produced by Mideast Films Srinivasan in association with CINECO. Prashobh Menon, being the Creative Head of the cast, managed to play his role soundly. The film is written and directed by Rajasekar who has devotedly served his role. Shibin P Siddiq’s music splendors the project with impeccable cinematography by Jinu Philip Mathew. Karthick Raj accompanies other actors including Nisha Rengarajan, Veena Veeramani, Kathu Sachindev, which make this film yet more enchanting.

THEATRE AND OTHER DETAILS

This stimulating news has swept all over in Bahrain as the film gets to be featured in Al Hamra Theatre on 9th December, Thursday. It is the first short Tamil film to be featured in the theatre with its complete production in the Kingdom of Bahrain. The ticket price, BHD 1 only, makes it even more captivating. The official launch of audio is scheduled on October 22nd at Chennai by Actor Bharath & Actress Vani Bhojan, on the same time at Hotel Gulf Inn, Seef, Bahrain.

EXPEREINCE IT THE FIRST TIME

Fans are marking their calendars to make a change from their daily routines, and experience it all for the first time in Bahrain. This worthy experience is what will be the most memorable as the seats are being booked online through wanasatime.com.
Cast of such dignified actors, writers, and producers make this project a very precious wholesome package of goodness for the viewers to experience it all at once. This not only encourages the producers but also the Government of Bahrain to bring in more projects in the future. These amusements are the reason for being connected to the world despite living on a small island!

Three Reasons Why You Should Choose a Self-Storage Unit