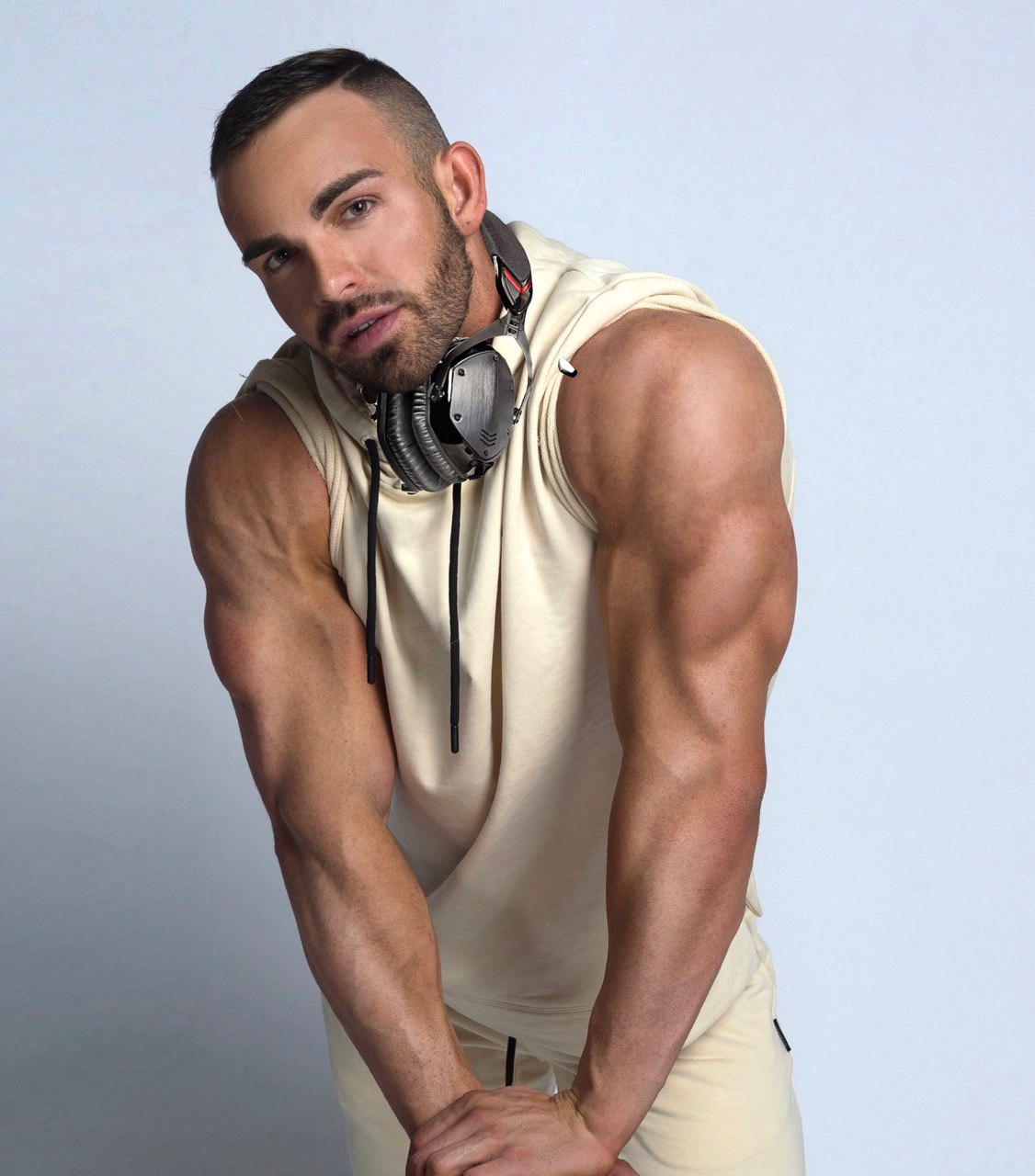 DJ Nick Stracener is self taught and has his finger on the pulse of the current circuit club scene. From gogo dancing to promoting, Nick has lived the scene from every angle. Passionate about sound, DJ Nick Stracener has a number of creative lenses he filters his music through, combining indigenous rhythms with sultry female vocals. Performing with an energetic flair thats addictive as it is therapeutic, Nick Stracener is a musical medicine man. His uplifting sound is self care shared, offering listeners with a remedy for life’s daily grind, coupled with holistic grinding of his own. Don’t get your turntables twisted, he may look like a musclebound meathead, but fans know Nick takes his art more seriously than himself, a trait his 186k IG followers love about him. Come for the muscle, stay for the music as Nick says himself.

What made you decide you want to DJ?

I have been actively involved in the circuit scene, which is basically a rave but for gay men, for some time now and have always enjoyed going to circuit parties, but one day I decided I wanted to be behind the dj booth serving the children my own beats. I’ve also played the saxophone since I was a child and even went to college on a scholarship for it so I knew that dj’ing would be something that would be challenging but also liberating and it would give me an outlet to express myself. I suffer with severe depression as well so finding the art of dj’ing has really helped me with that.

How did you get your foot in the door with dj’ing?

I definitely think already having a loyal base of followers on my social media accounts has helped me get people to listen to my music, and I knew it would, but would they actually like it was something that I wasn’t sure about. I posted my first hour long set on Soundcloud just 6 months ago titled “Not Another Instagram DJ” and in the beginning of the track I make fun of myself for being an “Insta-DJ.” I think people liked to see my sense of humor expressed  in my music. After releasing that first mix I came out with a second one about a month later and then I was contacted by the owner of a party called the DILF Party which is a traveling circuit party. The owner Joe was super impressed with my music and wanted to have me open up for one of the dj’s on his lineup named “Kitty Glitter” while she was playing in my city of Dallas. I obviously said yes, and had such a blast doing that party, and I guess he liked me because he asked me to spin at 2 more of his parties, one in Atlanta and the other in Los Angeles. Los Angeles unfortunately got cancelled due to Covid.

3 Self Motivation Tips for Artists, Producer, and DJ’s – with Engjell Berisha