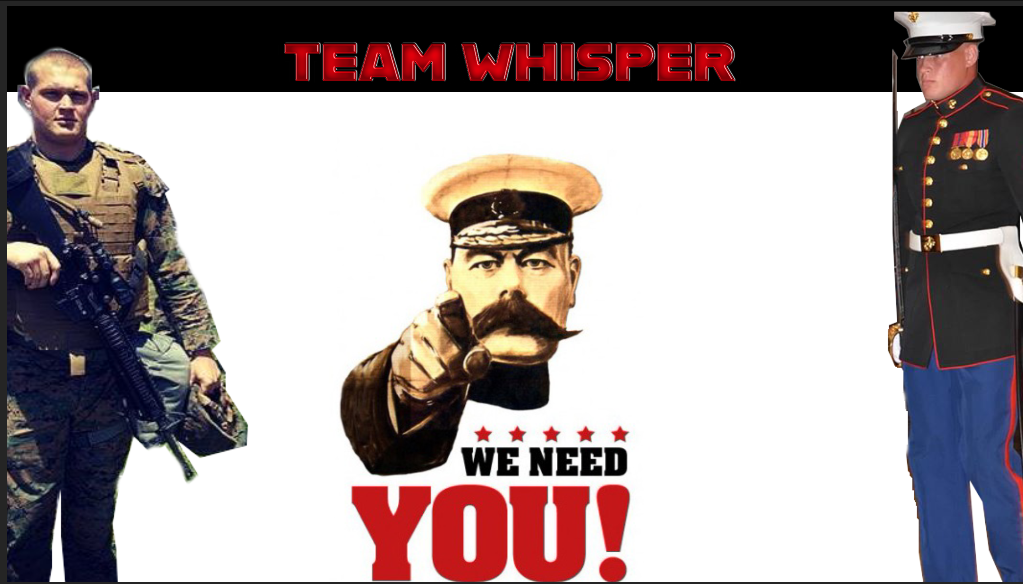 Jacob Branham, better known to many as ‘Whisper,’ dreamt about becoming a Marine since childhood and made this dream come true. He served as a Marine for 8 years, however, his time was cut short as a result of an injury he sustained while responding to a search and rescue for an aircraft crash. At that point, it seemed like he had lost everything in a blink of an eye, but Jacob, by creating an outlet, was able to get through this low point of his life. What he saw as simply an outlet then, actually has become his business focus. Jacob runs a gaming content creator page on Facebook, Team Whisper, where he provides live streams on a daily basis. As such, it serves as an outlet for individuals with disabilities, veterans, and anyone else who is going through a difficult time and needs a place to connect and be accepted. The page is also open to anyone who enjoys the feelings of camaraderie, friendship, and team style connection. Jacob also works as a professional call of duty player and coach with LegionFarm, a company aimed at providing coaching to lower skilled players through professional players. This coaching, which helps players develop better skills and traits is also part of the daily live streams, in addition to interaction with followers and supporters. In fact, a sense of community is what has been most important to Jacob from the start: In today’s world, where we rarely meet up at parks, hangouts, or other in-person gatherings but instead rely on our phones so much, Jacob saw this as an opportunity to build a community. Through his passion for bringing people together, Jacob has been able to stick out in the gaming community. Currently, Jacob does monthly giveaways in which 50% of what is donated to the page is donated to someone who meets the eligibility criteria. Through his business, he was also able to raise over $1200 to fund a young gamers dreams of becoming a professional video game player. Throughout the upcoming year, Jacob plans to keep giving back and helping others through his gaming platform.

Looking back on his own journey, Jacob recognizes that starting a business is hard work. However, to anyone who is thinking of engaging on a similar journey, Jacob says: Make sure you check out Jacob’s page TeamWhisper here.
Related Topics:Team Whisper
Up Next