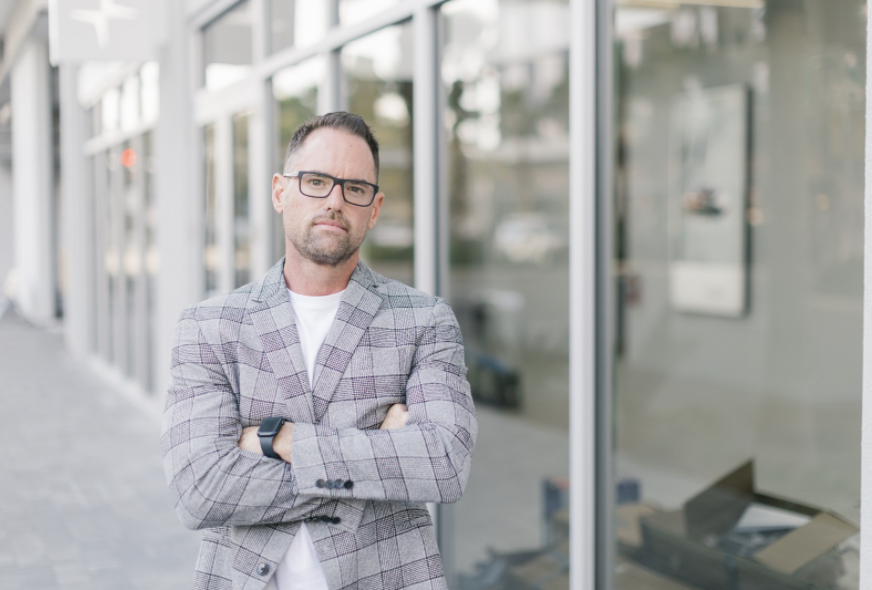 It’s no secret that working in Corporate America can be dysfunctional or even toxic. Office politics, stressful environments and uncertainty are all synonymous with climbing the corporate ladder. Kyle McDowell, bestselling author, speaker, and leadership expert is no stranger to the difficulties of the corporate setting. With nearly thirty years of experience working within massive companies such as UnitedHeath Group, Bank of America, and CVS, he’s seen first hand, as a leader of thousands of employees, the importance of strong leadership.

McDowell has served in multiple leadership roles in his lifetime, but before he was a leader, he was a follower. “I had a lot of bosses, but very few were leaders.” That’s why he knew he needed to do something different when he had an opportunity to serve in an executive role with the multi-billion dollar firm, Maximus. The first thing he knew was that he needed to change the culture of his team. “I think a lot of bosses lead from a “me” perspective. They are worried about getting a raise, getting promoted, and their individual accolades… I wanted to create a “WE-culture where everyone, including me, was focused on the organization’s collective success – not just my own.” His decision paid off and McDowell led Maximus to never before seen results and growth. The secret to his success? Being intentional about creating a culture that unified everyone with common values. “A principle is a foundational belief that we hold to be true. And the only way to build a team that is less focused on individual accolades and driven by the team’s macro success – where everyone benefits – is to align around a series of stated principles, like principles I developed at Maximus, The 10 WEs.”

The 10 WEs establish a common framework and cultural currency. A currency that has the same value whether used by the new intern of the most seasoned executive. Here is a peek into some of WEs.

WE1: WE do the right thing. Always.

WE2: WE lead by example.

WE5: WE own our mistakes.

WE8: WE challenge each other.

WE9: WE embrace challenge.

Through these principles, McDowell believes he’s found the key to building a highly successful team and turning around the negative environment of corporate America. “Corporate America is broken. A lot of people come in with passion and lose it because of the life-sucking environment created by leadership. It simply doesn’t have to be this way… That needs to change.” After a stint at CVS in 2020, he realized that he had a choice to make. “I had to ask myself. Do I continue in corporate or do I evangelize these principles so that others can change as well.” He chose to change the world. Since then, he wrote a book, “Begin With WE – 10 Principles for Building and Sustaining a Culture of Excellence,” which immediately became a USA Today and Wall Street Journal bestseller.

Fixing America, One Company at a Time

Since quitting corporate America, McDowell has had the opportunity to launch different companies, build his personal brand, and start building a platform – but he doesn’t consider himself an entrepreneur. “My book and my brand isn’t really about quitting corporate America, it’s more geared towards those that want to fix it.Those that want to BE the cure.” In a society that often elevates entrepreneurship above traditional careers, McDowell may serve as a breath of fresh air to those that aren’t ready to take on the role of business owner. Looking to the future, he has a rather unique goal. “I’m on a mission to restore the optimism we all had when we first entered the workforce. I want to help leaders inspire and empower those around them – all in an effort to find passion and purpose in our work. The only way I know to do that is to evangelize the principles that I’ve been fortunate enough to watch others adopt and thrive. The result is powerful and authentic.”

If you’re fed up with Corporate America or are looking to improve your leadership abilities, You can learn more by following McDowell on all socials @KyleMcDowellInc and his website, KyleMcDowellInc.com.