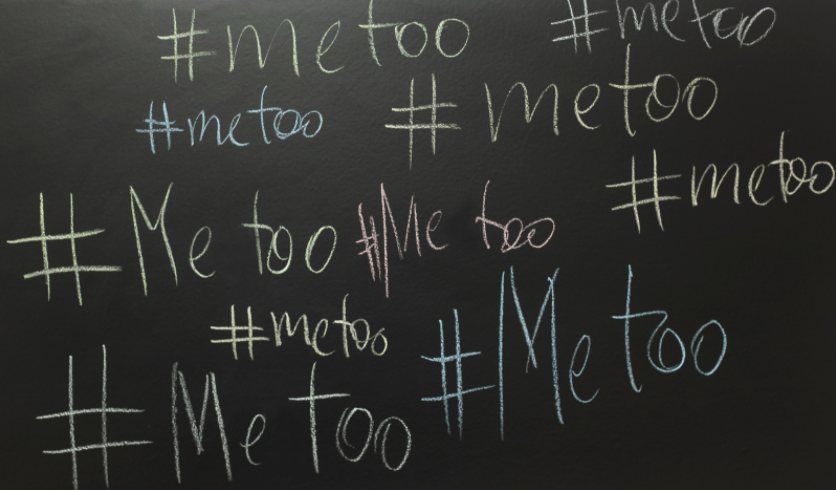 On April 12, Fox News Media announced that it had named Bernard T. Gugar as its new General Counsel and Executive Vice President of Corporate Development.

Mr. Gugar now takes over for Lily Fu Claffee, who previously served as the organization’s general counsel for the past three years, according to an email from Fox News’ group vice president for media relations and corporate communications Caley Cronin. Clafee previously served as the chief legal officer and general counsel of the U.S. Chamber of Commerce before joining Fox News Media in 2018.

“I am excited to join one of the most influential news operations in the world and look forward to utilizing my experience spanning media, law and technology to help Fox News Media grow, evolve, and develop a diversified digital footprint,” Gugar said in his April 12 statement.

But, is the new general counsel in over his head?

Or could this be a new time for change for the media conglomerate?

It’s no secret that Fox News Media has struggled with its ratings, for a multitude of reasons, including political backlash from the 2020 U.S. Presidential Election, as well as its role in playing house to what has been described by many former executives to be “an extremely toxic work environment.”

Currently, the media organization faces a number of lawsuits, most recently a defamation lawsuit brought by Smartmatic over conspiracy theories about the 2020 election, arguing its hosts didn’t have a responsibility to fact-check the attorneys hired by Donald Trump.

In the $2.7 billion lawsuit, which Disrupt Magazine has reviewed, Smartmatic asks the New York court to become “the first in history to hold the press liable for reporting allegations made by a sitting President and his lawyers,” according to a brief filed to court Monday by Smartmatic’s attorneys.

According to Smartmatic’s attorneys, there has been no identifiable case in the history of U.S. jurisprudence that has held the press liable for reporting allegations made by or on behalf of a sitting President.

After the brief was filed, Fox News’s attorneys at Kirkland & Ellis LLP  asked the judge to both dismiss the claims against the individual hosts, as well as the case itself, arguing that the legal standards for defamation don’t require TV news network hosts to investigate whether Powell’s and Giuliani’s claims are actually true.

“Smartmatic may be frustrated that it became embroiled in a heated national controversy, but one cannot supply voting technology and expect to avoid the spotlight. Controversy comes with the territory. And it was the President’s allegations, not the press’s coverage of them, that put Smartmatic in the spotlight. Smartmatic’s effort to hold Fox responsible for ensuring that the public understood what the nation’s highest elected official was claiming (and what numerous government agencies were investigating) is a profound threat to the ‘uninhibited, robust, and wide-open’ debate that the First Amendment safeguards.”

Last month, Giuliani was subsequently named in another defamation lawsuit against Fox News by another election systems company, Dominion Voting Systems. The $1.6 billion defamation lawsuit also named Powell, amongst other right-wing media figures who were believed to have carried on conspiracy theories.

Despite no evidence of “widespread fraud” has been discovered from the 2020 U.S. Presidential Election, conspiracy theories continue to spread. On Monday, Fox News filed another response to Smartmatic’s defamation lawsuit, arguing that the comments made by Bartiromo, Pirro, and Dobbs that are the subject of this lawsuit required First Amendment protection.

Specifically, these comments, according to the filings, were nothing more than “summaries of what the former president’s lawyers had said”, and for that reason, those statements were simply opinions protected under the First Amendment to the U.S. Constitution, according to Business Insider.

For the past four years, the legal landscape has been in the hot seat with respect to understanding how and when to apply the First Amendment to issues concerning freedom of speech and press, to our traditional media outlets.

On Tuesday, Eckhart published her second Open Letter, entitled “A Chance for Change: My Open Letter to Fox News’ New General Counsel”, this time to Medium, according to reports by True Hollywood Talk. In the letter, Eckhart speaks directly to Mr. Gugar, asking him to use his new position “to address the systemic sexual harassment and discrimination that has, unfortunately, become synonymous with the Fox News name.”

The letter begins with the opening plea:

“I am writing to you because I know that you have recently been hired by Fox News as its new General Counsel. Based on your extensive background, including your experience at large, diverse companies such as Google and Harpo, Inc., I am hopeful that you will use your new position — as the head legal employee for one of the most influential organizations in the world — to work to address the systemic sexual harassment and discrimination that has, unfortunately, become synonymous with the Fox News name.”

Eckhart’s first Open Letter, was published on Thrive Global back in October 2020, addressing all those victims, primarily women, whose voices have been silenced, bullied, and shamed.

In the complaint, Eckhart alleges that Henry “manipulated and groomed” her and abused his power “over her and her career.” She alleges he “groomed, psychologically manipulated and coerced” her into having a sexual relationship with him and threatened “punishment and retaliation” if she did not comply and that he once raped her.

Eckhart also revealed in the lawsuit, that she had gone to human resources about the “toxic work environment” at Fox News back in February 2020, but that nobody from HR had ever followed up with her.

Back in November 2020, four more women came forward to accuse former Fox News anchor and White House Correspondent, Ed Henry of sexual misconduct, according to Daily Mail. Eckhart’s Amended Complaint, which Disrupt Magazine has reviewed, specifically named former sports reporter Roxie Marroquin and Brooke Hammerling, who owns her own media relations company, who recounted their own experiences with Henry, 49, who has been married since 2010.

Marroquin’s story first broke in October 2020, in an exclusive interview with True Hollywood Talk, where I sat down with Marroquin in a series of recorded Zoom calls, which Marroquin had agreed to speak with me, on the record.

However, it wasn’t until 2017, unfortunately, that the #MeToo movement first erupted, following Carlson coming out the year before as the first of several women at Fox News to allege sexual misconduct against Ailes, who was eventually forced to leave the company.

As a result of her lawsuit, Carlson has become one of the most famous women who had stood up against a media giant like Fox News, and came out winning with both a formal apology from the network and a $20 million settlement; something that Eckhart and Areu simultaneously seek from their respective lawsuits, which have since been separated by the court in the Southern District of New York.

“I stand w/ @JenniferEckhart and #CathyAreu 2 immensely brave women who now have their voices heard. I know how hard it is to come forward w/ allegations. We won’t cower in a corner anymore. We are standing up, we are fierce & being heard.”

Back in 2019, the film Bombshell released which chronicles the experiences of women at Fox News when Ailes was its chairman and CEO. The cast included Nicole Kidman (portraying Gretchen Carlson), Charlize Theron (portraying Megyn Kelly), both of whom had accused Ailes of sexual harassment in 2016, according to Wikipedia.

After the release of Bombshell, Carlson sat down with Entertainment Weekly to share her feelings towards the initial trailer of the film, which depicted a tense elevator ride shared by the three women.

“It’s frustrating ’cause I can say, ‘Hey, wait a minute, you know, that was my life!’ But the trailer got a tremendous amount of attention, and for me, that’s what this is all about,” she said in the interview. “It’s a strange and frustrating reality that I can’t partake in any of these projects based on my settlement.”

The Time’s Up Legal Defense Fund, which was founded in the wake of the #MeToo movement has publicly expressed its support and intention to continue providing PR support to both Areu and Eckhart, according to Variety.

…”The timing of this letter is poignant, as April is Sexual Assault Awareness month. As Fox News’ new General Counsel and Executive Vice President of Corporate Development, you have a unique opportunity to finally put in place the changes tha Fox News promised when it ousted Mr. Ailes, Mr. O’Reilly, and others. You can show the world that Fox News is an organization that is committed to providing more than just lip service to issues of diversity in the workplace. An organization where women and people of color can speak up when they are mistreated, without fear of reprisal. An organization that takes responsibility for the conduct of its biggest and highest-earning stars…”

…”I would like to have a thoughtful discussion with you, my attorneys and your attorneys, about turning Fox News into a type of organization that practices what it preaches, as well as taking steps toward resolving my claims. I would also like to use this opportunity to discuss ways in which Fox News can stamp out sexual harassment and abuse in the workplace so that no other women have to be unfairly subjected to the same type of harm and trauma that I was forced to endure.

If you are willing to have that meeting, please have your attorneys contact mine.

I look forward to your response.

“We are hopeful that Mr. Gugar appreciates the sincerity of Ms. Eckhart’s letter and the trauma that she has suffered,” said Eckhart’s attorney Michael J. Willemin, Partner at Wigdor LLP in a recent press announcement via email.  “Mr. Gugar is in a power position from which he can drive real change at Fox News, and we hope he takes the opportunity to do so. We look forward to his prompt response.”