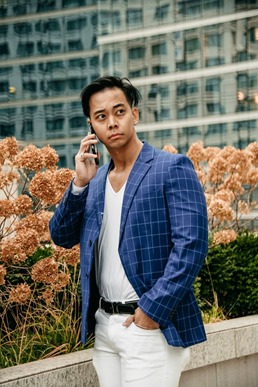 Fritz Colcol became a major fitness influencer soon after he began posting his content on social media in 2012. In 2016, this young man was designated ‘Mr. Illinois,’ and received his pro membership card into the International Pro Elite Organization. He was already being offered brand sponsorships left and right, and with thousands of people flocking into his account to get advice, his online presence was on a constant rise.

Soon Fritz Colcol ventured into the business world and started various enterprises that ranged from restaurants and digital marketing company to clothing brands, e-commerce stores, and so on. His online reach and his personal training program were so extensive that he soon became a six figure earner back when he was still in college.

Moreover, he was equally if not more successful in the business world and was soon accorded entry into the Young Entrepreneur Council which is an exclusive group set aside for people who are 7 figure earners. He is also the recipient of various other accolades such as the title of ‘Serial Entrepreneur’ as accorded by the Chicago Asian-American Hall of Fame.

In all these years, we have come across very few such businessmen who have not only received unofficial but also official acclaim for the work they have done. However, Fritz Colcol is our personal favorite for one particular reason. He also has a training and coaching firm called Fritz Lifestyle where he guides and supervises the functioning of other budding influencers like himself.

According to Fritz, “he aims to help business owners, coaches, entrepreneurs and consultants generate quality leads to scale their businesses.” Fritz is already a successful businessman, therefore his new venture is purely client-oriented. He harbors a sincere desire to help people maximize their online growth and make best out of their inner skills and resources.

Moreover, Fritz Colcol has seen a fair amount of struggle that he wishes to help others avoid. For instance, at the start of his business he hardly had any guidance or support. In addition, the pandemic dealt a major blow to him when his major restaurants had to be sold off while he suffered several losses. Given his resilience, however, Fritz Colcol was quick to get his enterprise out of turbulent waters.

Consequently, he aims to lead and inspire other people who might find themselves stuck in similar maladies.

As his well-wishers, we only hope that Fritz’s noble intent continues to find favor from the crowd. We wish him the best of luck for everything he has envisioned for himself in the future. You can contact him on Instagram, Facebook or YouTube.

A vigorous man Hassan Saleh AlAli vocalize “Don’t compare yourself to others, Be your own Competition”