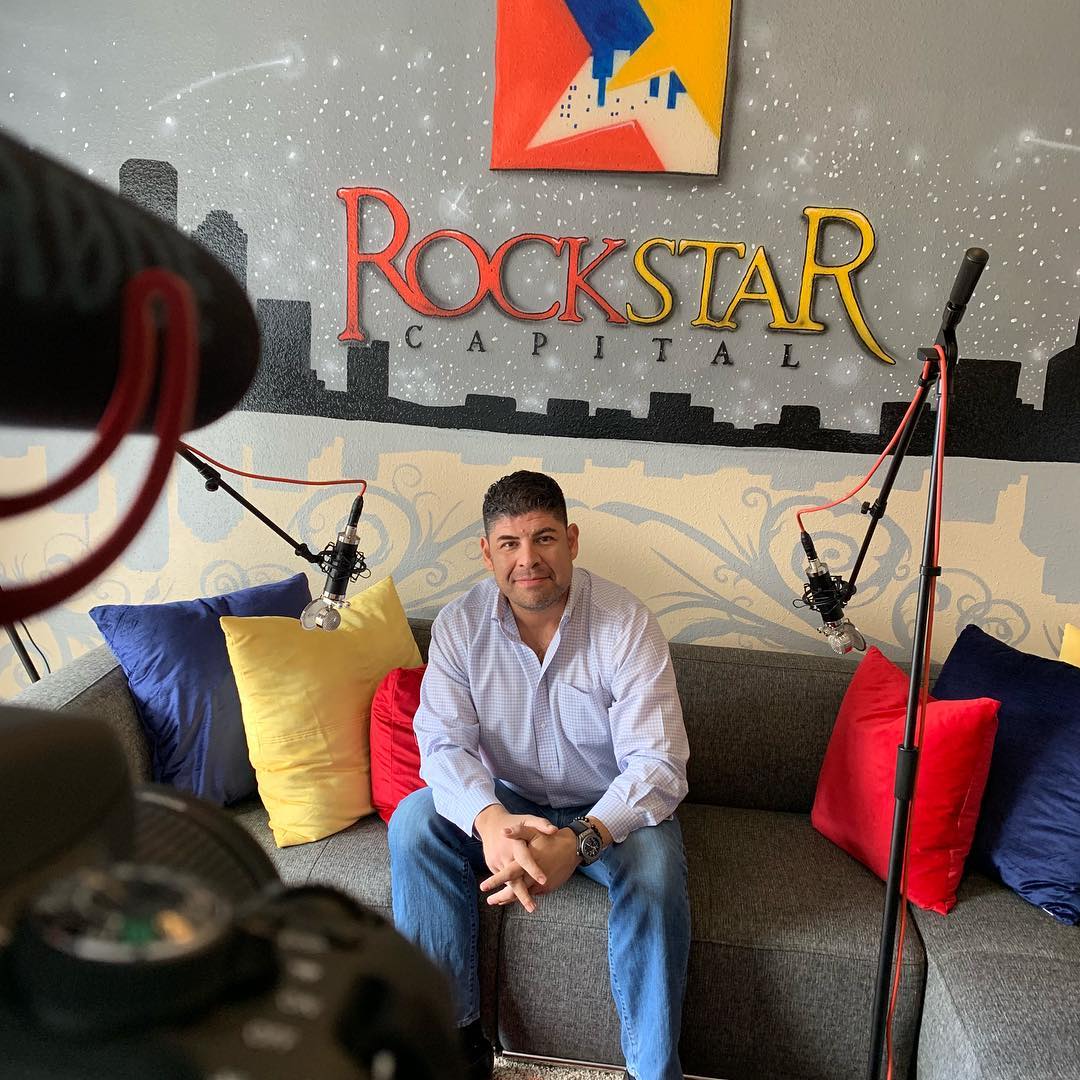 Robert Martinez is the Founding Principal and CEO of Rockstar Capital, a digital influencer, a public speaker and sought after real estate expert.

Rockstar Capital is a private real estate investment and property management firm. Along with his ongoing success, Robert has been recognized in 2019 by the NAA(National Apartment Association) as the country’s only Two Time National Independent Owner of The Year and one of his properties has also won “National Property of The Year”. In addition, Rockstar Capital was named #15 in the Fast 100 Fastest growing companies with the Houston Business Journal.

In 2013, he had three communities and less than 500 units. Today that number has grown to 21 properties, 17 City, State & National Apartment Association wins since 2011,  3699 units and 335 million assets under management. Robert has been recognized and shared his insights on multiple high profile publications, some of which notably include: CNBC, Forbes, Entrepreneur, Money and Yahoo Finance. In addition, he has been in a video on real estate with Grant Cardone and has interviewed digital media mogul- Gary Vaynerchuk.

He plans to continue growing his real estate empire and documenting the journey through his different social media platforms including: Youtube web series “#DailyRock”- through his channel The Apartment Rockstar. Ultimately, his goal is to grow the firm to 10,000 units with over $1 billion assets under management while continuing to do good through his charitable work and help other aspiring entrepreneurs and real estate professionals achieve their goals.

After leaving corporate America in the oil and gas industry, I joined Lifestyles Unlimited which is a real estate network and I learned the art of operating real estate- specifically multi-family apartments. Real estate has allowed me to pursue financial freedom and help others achieve their goals. At first, real estate was a way to generate passive income on the side when I worked in oil and gas sales. Eventually, I turned it into a full-time career that I love.

When I entered the Class A multifamily real estate market, I purchased a small property with 51 units instead of going all in on a property with 100 to 300 units. I learned quickly that size matters in real estate.

With only 51 units, I had limited rental income, so I couldn’t afford the best talent or a ton of marketing. At the same time, my competition had 200 to 500 units, with more income at their disposal. We were vying for the same renter, especially when there were fewer in the market. It was also difficult to sell the property later because investors already knew the lesson I had learned the hard way.

We adapted and made the best of the situation. I learned that it’s important to have an edge over your competitors. (For us, that’s reputation management and social media.) When the economy collapses, you need to be able to navigate the stormy waters. We survived the 2008 financial crisis and Hurricane Harvey, and I know we will continue to power through more tough times and come out strong.

Other than aligning ourselves and meeting high profile influencers like Grant Cardone and Gary Vaynerchuk, we have been able to grow our company to $335 million assets under management with 3699 units and continue to be a fast growing growing entity as recognized #15 by The Houston Business Journal Fast 100 and received coverage from national media like CNBC, Money, Yahoo Finance, Forbes, and Entrepreneur. In 2019, we were recognized by the NAA(National Apartment Association) as the country’s only Two Time National Independent Owner of The Year and one of his properties has also won “National Property of The Year”. In addition, Rockstar Capital was named #15 in the Fast 100 Fastest growing companies with the Houston Business Journal.

In 2013, he had three communities and less than 500 units. Today that number has grown to 21 properties, 17 Cities, State & National Apartment Association wins since 2011. The track record, performance and most importantly we are documenting our journey through social media which very few if any of our competitors are doing where we showcase the day to day journey of operating our properties, our successes, failures and everything in between.

“If you don’t like your situation, do something about it and choose happiness.”

From Military Soldier to Thriving Entrepreneur; This is Moran Pober