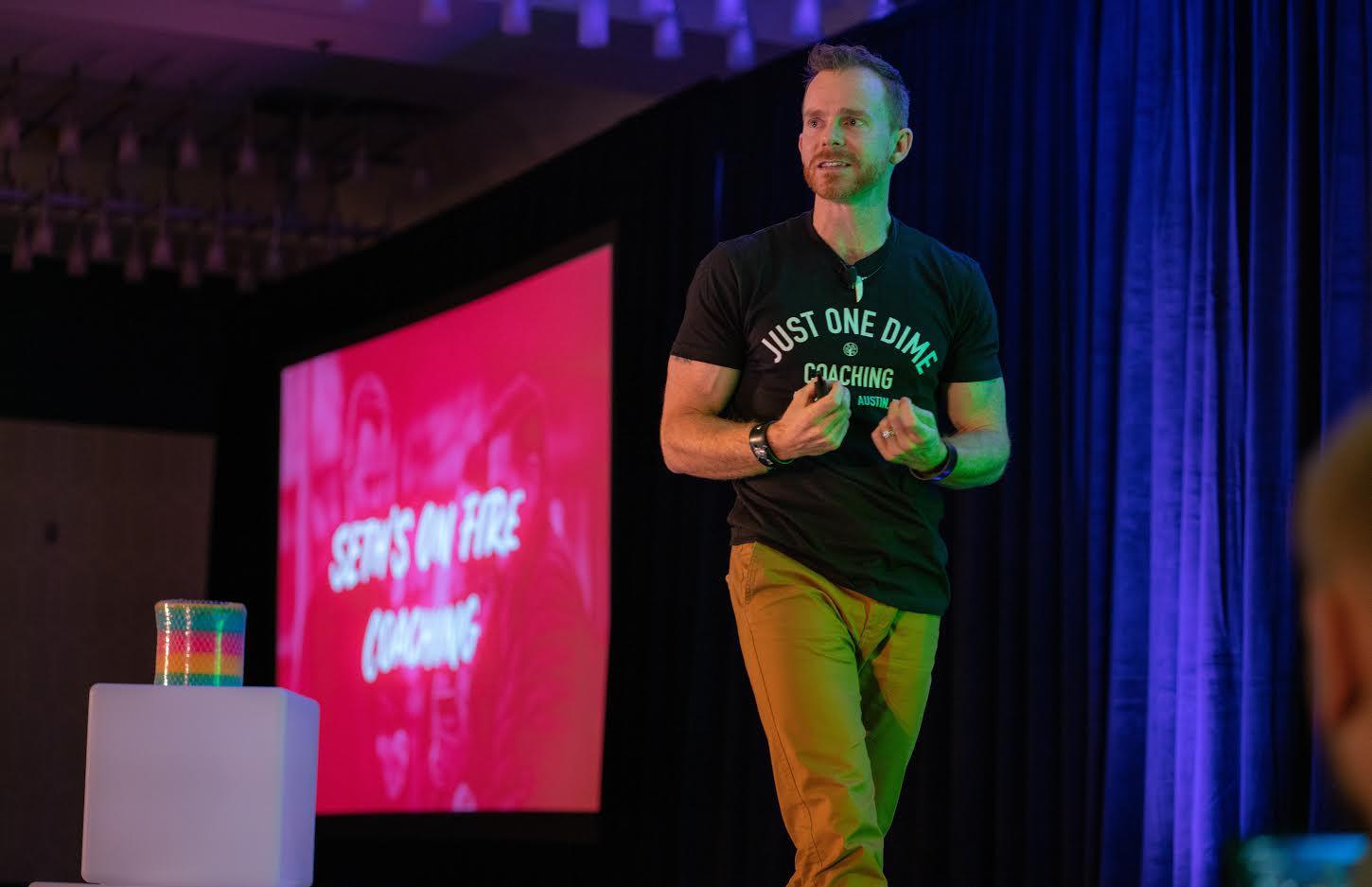 Seth Kniep, Co-Founder of ‘Just One Dime’ went through a lot of hurdles to get to where he is today. Currently, his team manages over $100 million in annual Amazon revenue; however, it didn’t start this way. Seth was completely broke, with a mortgage that was eating away at his bank account and his soul. He worked for Apple’s sales Department and despite continuously outperforming his coworkers, he could barely afford to pay for groceries and maintain his family. The shame that Seth felt every time his card would get declined pushed him to work harder. However, while that landed him a higher role within Apple, Seth was buried in work and had absolutely no freedom. As Seth shares:

“I spent my days building someone else’s dream. I worked my heart out year round and received annual raises just big enough to buy a few extra bags of coffee every month to medicate my stress with caffeine. And my $24,000 credit card debt was growing. When I wanted to go on vacation I had to request it. If I wanted a day off with my kids, I had to earn it. If I went over my allotted time away, I got in trouble.”

Seth got to a point where he had enough. His sense of pointlessness began to leak onto his loved ones and his relationships were hurting. “That’s it. I’m done. I don’t care how brutal or hellish the path may be. I’m building a new life for our family,” stated Seth at that point. Seth dove into Dave Ramsey’s teachings, poured his heart into learning ecommerce, and devoured every book he could find on how to build income streams. One day, he had an insane idea that changed his life:

By simply walking up to random people and sharing his vision, he was able to turn his dime into $400. He later took this cash and used it to sell products on Ebay, then Amazon. Slowly, his Amazon store began to grow and he added another product, and another. Within 6 months of learning, trying, failing, and re-learning, Seth’s single dime had made him more than $100,000. He quit his job at Apple and broke through the $1 million revenue on Amazon a few months later. He paid his house in cash and re-built his relationships with his family. Seth even began renting condos, which he turned around and subleased them on AirBnB, making him another $90,000 in just his first year.

As others witnessed his success and drive, people began to go to Seth for advice. It got to the point where he had so much demand, Seth began to charge for coaching lessons. While this started as simply passive income, it grew into a passionate business.

“A flame in my heart burned to teach entrepreneurs around the world how to build a new life that gave them freedom and margin to do the things they love with the people they love. Within our first year some of our students broke $100,000 a month. One year later, we celebrated our first student who became a millionaire. Today, we have trained many more millionaires, and countless others are doing $5,000, $50,000 or $500,000 a month. One of our students was offered $16.5 million from a major automotive car company for one of his products,” Seth states.

Seth was flown to Amazon’s headquarters to consult on improving their third party platform. He was asked by one of Shark Tank’s sharks to run their Amazon ecommerce division and was asked by two countries to train their top businesses. Today, they run a full time sourcing team in China and manage over 100 million in annual amazon revenue for name brands and silent investors. This year, Seth and his team are building Amazon businesses for people with capital but who don’t want to go through the hassle of learning how to sell on Amazon.

With just one dime, he was able to build a successful business and achieve financial freedom. Hence, Seth encourages others to go for their dreams:

“If you are afraid, then do it afraid. Fear has no power over you unless you obey it. Ninety-nine percent of all fears never turn into reality. By living in fear, we end up spending our energy sweating over things that never become reality instead of pouring our energy into actions that bring results. Give fear a big hug and kiss and then go move into action, fearful or not!”

“If I could start with a single dime, so could you.” -Seth Kniep.

To learn more about Seth and get involved in this ever growing business, make sure to follow him on Instagram here or check out his webpage.