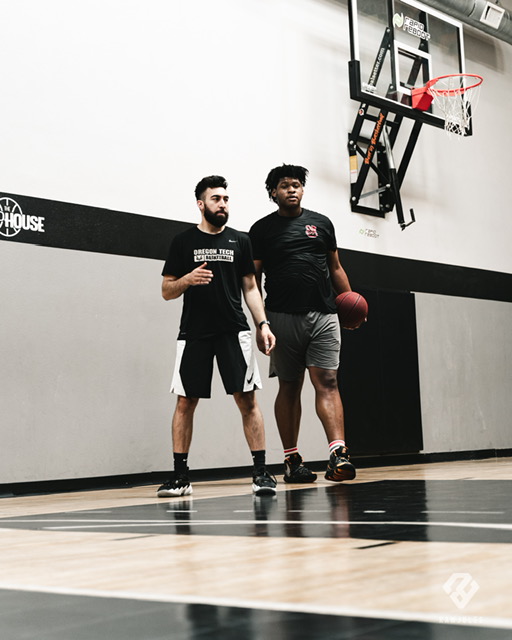 You must have heard the famous saying “Successful People Start Young”. This statement fits Ryan Razooky who started working on his dreams when he was only 16. Not only this, he followed his passion with hard work & consistency and ended up being a full-time Basketball Trainer by the age of 18.

While graduating, when most people plan to do different jobs and don’t even have a proper plan, Ryan decided to take the risky decision of buying a Basketball Gym that later ended up as one of his best decisions and the start of his long successful journey

Ryan Razooky grew up in San Diego and studied Kinesiology at San Diego State. He played basketball for Steele Canyon high school and started his business training when he was 16. Ryan Razooky started training his younger brother and his teammates at the start of his career. Ryan managed to follow his passion and studies all at once. Ryan took 2 Training Certifications under Ganon Baker and trained his first NBA player by the time he was 18. He got a career boost when he started his Basketball Gym after graduation. Since then, he has trained a lot of successful basketball players including Johnny O’Bryant, Mark Ogden Jr, Mikey Williams, Jahzare Jackson, and Bryce Griggs. All of these basketball giants got their training from Ryan who not only helped them at being better basketball players but also motivated and pushed them to reach their Ultimate Potential. Jimmy Butler also recently got his training from Ryan Razooky.

Ryan doesn’t limit his training to NBA players only, he provides training to people of all sorts and age groups. The strength of his clients is increasing day by day and now he is planning to open 2 more Basketball Gyms to cope up with the demand. One of the reasons why Ryan is getting praised so much by the people in the sports industry is the growing number of NBA players that Ryan is producing with every passing day.

“I work with players individually on their skill set.” says Razooky. “We’re building a strong foundation that players can be confident in. All of our training is focused on in-game scenarios to best prepare our players for success.”

A lot of people in the basketball industry praise Ryan for his efforts in promoting basketball and training different players to be the best versions of themselves. Basketball Giants like Jimmy Butler and Johnny O’Bryant respect Ryan for his hard work and dedication and often train with him. Razooky has come a long way in a very small period and has even bigger dreams for the future.