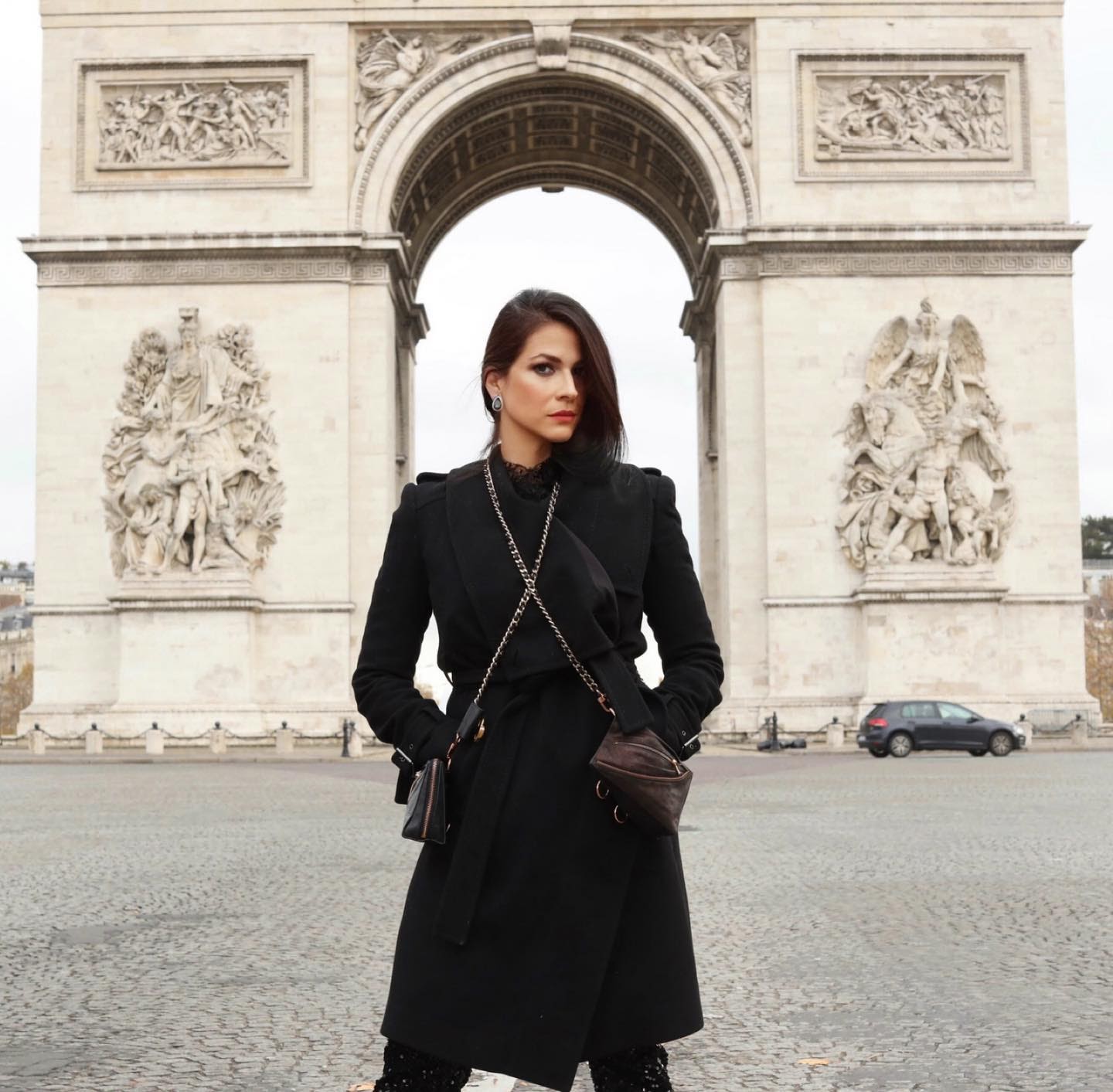 She later moved to New York City with her job in banking yet the finance world isn’t the only place where Eda’s passion lies. She was also drawn to the creative world at a very young age through her involvement with dancing, modeling, television, and theater.

People could see how Eda flourished by being creative. As a result, her mentors and professors ultimately inspired her to make the move from finance to fashion.

After working for 15 years in finance and investments, Eda relocated to France from New York City as a result of finding love in Paris. There, she started to live out her dream as a fashion designer while being a passionate entrepreneur and a proud mother of two boys.

When she moved to New York City, Eda did some extra work on series like The Following and she also danced at the Alvin Ailey Academy.

“There my artistic vein grew until it came out of my body in such a way that I couldn’t contain myself any longer. I started to ask myself if being on Wall Street for the rest of my life was what I wanted to do?” she said.

Eventually, Eda began taking a course at Parsons the New School for Art & Design and since then never stopped learning and practicing.

Last year, she bought a little thumb sewing machine, and the designer Lemaris Loren from Lemloren taught her how to sew.

“I chose fashion accessories because since I was little I loved to create and wear chokers, headbands, gloves, hats.

With the help of her mother and aunts, the first collection was made between New York and Puerto Rico and this one had hats, capes, gloves, necklaces, and bracelets.

But Eda’s dream was to design handbags. And like anybody else with a dream, she pursued it until she found a way to make it possible.

In May 2019, after five years working in Paris for several fashion houses like Kenzo & IRO, Eda was nominated for the Independent Handbag Designer Awards competition in New York City, which led her to dream of launching her brand EDALOU PARIS. In April 2021 she got an award for La Coucou bag at the prestigious design competition, A design Award in Italy.

Eda’s goal is to design for visionary women who are professional, discerning, active, and stylish.

Her mantra is “Rock, Dance, and Love” and her design inspiration comes from the strong women in her life, starting with her mother, her aunts, and her loyal girlfriends.

The second muse is her love affair with the lifestyle, culture, and fashion of her favorite cities: San Juan, New York, and Paris. Traveling between these three cities, she was inspired to design the life she wanted to live and work hard for her dreams.

Keeping Up With The Berrospis