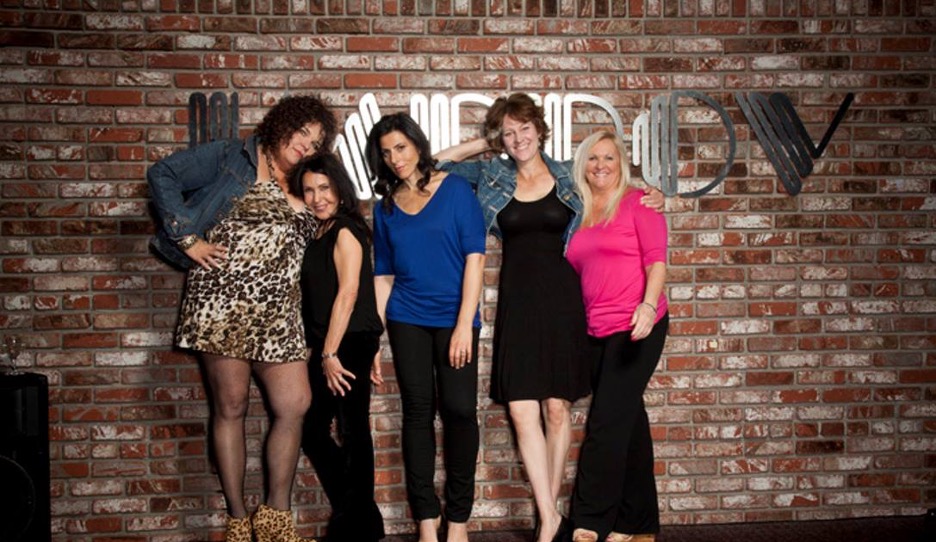 An evening of laughter with The Funniest Housewives is better than therapy! This group of ladies isn’t afraid to say everything mothers and wives think daily.

Funny Mom Productions, founded by Julie Kidd, is a comedy entertainment production company. Currently, it produces three of the best comedy shows: “Funniest Housewives,” “Funniest Husbands,” and “Single Mom the Musical.” Julie Kidd is also the producer and host of “Giggle Gab,” a new TV comedy segment that airs on KDOC. She has released several books about her professional and personal life, including Embracing My Funny Bone Even When Shit Happens, The Funniest Housewives When Laughter and Inspiration Collide, and Momalogue, A Journey through a Single Mother’s Hood.

Funniest Housewives is highly recommended by the audience. The show entertains and engages all types of audiences, making it a must-see stand-up comedy show! Their distinctly different personas stand strong on their own, but together they are a force of nature. Get ready to get down and have fun with these fabulously funny Femme Fatales who DO IT STANDING UP! This show brings together the best and the brightest! Their resumes read like a “Who’s Who” of comedy! They’ve appeared on Oprah, The Tonight Show, David Letterman, The View, Jimmy Kimmel, Jimmy Fallon, Comedy Central, HBO, Showtime…! It is the most fun you can have with your pants off!

Cast: Julie Kidd plays “The Dysfunctional Housewife” and is the CEO of Funny Mom Productions, Winner of ABC’s The View Hilarious Housewives. Jenna Perry plays “The Confused Housewife.” She is the winner of the 1st Annual Funniest Housewives Contest. Frances Dilorinzo, who plays “The Manic Housewife,” has been described by Warren Buffet as “the best at raunchy, but not offensive humor.” Angela Hoover plays “The Multi Personalities Housewife.” She is best known for her impressions of celebrities such as Celine Dion, Drew Barrymore, and Kourtney Kardashian!

Denny Beroiz: “The four ladies were fabulously funny. We all had a good time.”

Sharon Dodgson: “The show was hilarious. I laughed so hard that my cheeks hurt. I recommend this show to anyone looking for a good night out.”

Elaine Robitaille: “We loved it! Housewives of Orange County was hilarious. My mouth was starting to hurt from laughing so much. Coachhouse was wonderful! We reserved a table seat. Dinner was excellent! Not a bad seat in the place, and the service was excellent. Highly recommend this show and Coachhouse.”