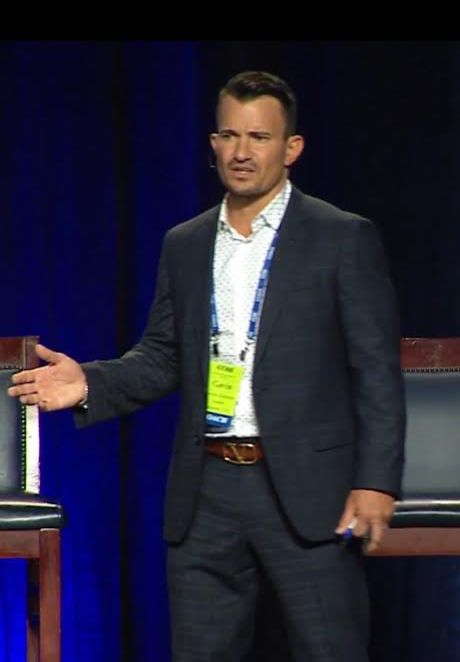 Gavin Ekstrom has been in the mortgage industry for 29 years and consistently ranks in the country’s top .5% of mortgage lenders. And all while being married for 15 years and a father to 6 children. Born in Utah and living in Colorado since 2004, Gavin also coaches for a coaching company called The Core Training, the top Mortgage lender with the best real estate agents in the country. At just 48 years old, Gavin has already made millions in the industry and has big plans for the future.

His advice to others

For Gavin, he lives by the philosophy that you should never stop being a student He recommends always staying hyper-focused and doing what others are not willing to do. In his opinion, people have simply forgotten how to sell and educate others. Don’t make the mistake of not operating from a place of integrity. By remembering there to be in the people business, you can always close the deal!

What drives him as a leader

Gavin believes a leader is someone who is impactful, motivating, inspiring, and a humble badass. He hopes to inspire others around him to be better fathers, husbands, leaders, and friends. As a leader, he also wants to positively impact an industry that has done so well for him over the years. With his passion for growth as a CORE coach, he’s had the honor of seeing people do more than they ever thought they could.

The struggles that made him stronger

Gavin could have viewed growing up poor as an obstacle, but instead, he viewed it as an opportunity. No matter how challenging the obstacle, he turned it into the drive he needed to improve his situation. By hustling and doing whatever it took, Gavin was able to stand out from his competitors and achieve success. He was willing to do what others weren’t willing to do and treated everyone with respect along the way.

To learn more about Gavin’s mortgage expertise and coaching, visit his Instagram @gavinw5280!