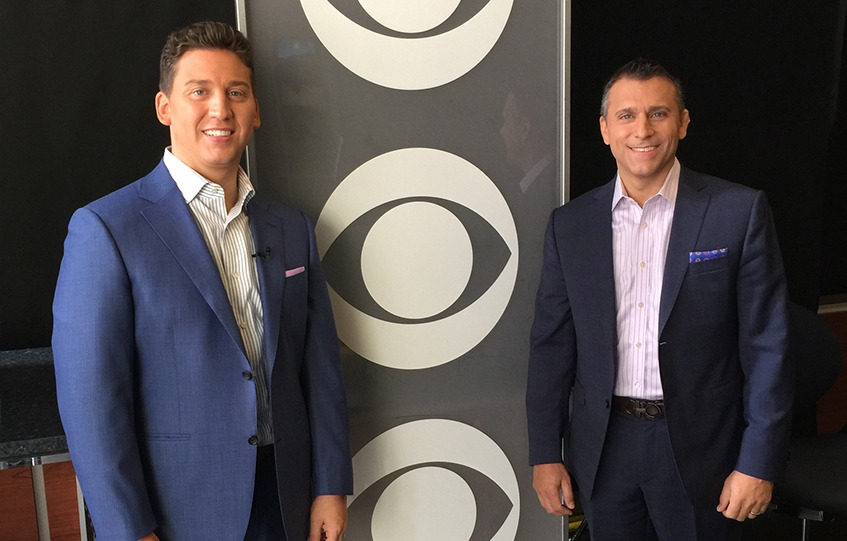 Since the onset of the COVID-19 pandemic, joblessness has become an epidemic in its own right. In early June, the Wall Street Journal reported that American employers eliminated nearly 30 million positions from their payrolls during the spring due to the pandemic and its associated shutdowns.

Numbers published by the U.S. Bureau of Labor Statistics are similarly dire; currently, 47.2 percent of Americans are without jobs, and over 17 million have filed for unemployment. Of those, at least 1.2 million jobless workers are within a few years of retirement. Now, they face a difficult question — should they keep searching for paid work in a challenging economy, or give up on the job hunt entirely?

“Workers on the precipice of forced retirement have a few urgent financial decisions to make,” Anthony Pellegrino, a fiduciary and principal advisor of the wealth management firm Goldstone Financial Group, says of the matter. “They need to consider whether they have the means to retire two, five, or even ten years earlier than expected — and think about the impact that this decision to retire might ultimately have on their post-work lifestyle.”

But regardless of whether you opt out of the workforce or choose to stay the course, Pellegrino and all of Goldstone Financial Group’s fiduciary advisors encourage all older workers to set aside some time and energy to assess their retirement assets.

“Right now, your first priority should be reviewing your 401(k), IRA, and other tax-deferred accounts,” Pellegrino stresses. “Those accounts will support you through retirement. As troubling as the current economic situation is, it also poses a window of opportunity for those nearing retirement — a silver lining, if you will.”

Here are the three priorities that Anthony Pellegrino and his team at Goldstone Financial Group believe should be front and center for those facing forced retirement.

Given the current economic crisis, it might seem counterintuitive to look for financial opportunities — and yet, they exist.

“Retirees stand to benefit from a perfect storm of financial factors,” Anthony Pellegrino says. “Today’s individual federal income-tax rates are at an all-time 40-year low. Couple that trend with the recent downturn in the market, and you see a near-unprecedented opportunity to save money.

Pellegrino has a point. In 2017, the Tax Cuts and Jobs Act (TCJA) reduced the top individual federal income-tax rate from 39.6 percent to just 37 percent for the 2018-2025 period. But, as one writer for MarketWatch recently cautioned, the rates that were in effect before the TCJA are scheduled to return in 2026 — or even sooner, depending on whether the federal government chooses to increase tax rates to recover some of the funds that were spent in America’s pandemic response.

To put the matter simply, retirees who want to take advantage of our current low-interest rates to save hundreds — if not thousands — of dollars in taxes when accessing their IRAs and 401(k)s need to do so now. Based on his experience leading Goldstone Financial Group during the crisis, Anthony Pellegrino argues that the opportunity for gain is too significant to miss.

“Just a few weeks ago, a couple from the Chicago suburb of Downers Grove approached us for proactive tax planning services. By the time we were done, they had managed to save $187,475.35 in taxes on their retirement accounts,” Pellegrino says. “That’s a significant amount of money. But if they hadn’t reviewed their assets and made changes, all of it would have funneled away.”

The money you save on taxes can be used to support you in retirement — so why let it slip through your fingers? Now is the time to review your accounts and take steps to preserve your retirement assets.

How much risk are you comfortable with?

“A lot of people forget how much money they can lose in a short period,” Anthony Pellegrino explains. “Right now, workers nearing retirement should be asking themselves how much risk they are willing to take — and making sure that their investment accounts reflect those preferences.”

As defined by Investopedia, risk is “the chance that an outcome or investment’s actual gains will differ from an expected outcome or return.”

Generally, investors who roll the metaphorical dice on high-risk portfolios expect higher returns to compensate for the amount of risk — but they also leave themselves open to the possibility of losing their capital. High-risk accounts are generally best for younger investors who haven’t accumulated all that much in their retirement funds and are comfortable with the risk-gain tradeoff.

That said, high-risk portfolios are generally inadvisable for older investors who expect to have enough money to support themselves through retirement. Check your accounts; do they align with your risk preferences?

“When it comes to retirement, your ability to generate income dictates the lifestyle that you enjoy in retirement,” Anthony Pellegrino explains. “Successful retirements don’t run solely on saved assets; they rely on income gained during your post-work life.”

If you’re facing the prospect of forced retirement, you may want to consider shifting the focus of your investments to generating income, rather than preserving savings. Regardless of whether you plan to continue job-hunting through the pandemic, you should reach out to a financial advisor to ensure that your retirement accounts set you up for success when you do retire.

On that matter, Anthony Pellegrino offers a final word of advice.

“Always seek out a fiduciary advisor,” he stresses. “Every single advisor employed by Goldstone Financial Group is a fiduciary, and that’s for a reason. Unlike other financial professionals, fiduciaries are legally bound to uphold your best interests during consultations.”

Forced retirement is no joke. If you’re considering an early exit from the job market, take a few days to review your retirement assets. You never know; what you find in your review might just influence your decision to retire.

Josue Arteaga is a 20 yr old Branding Expert and Ventur Capitalist. As the Vice President of Disrupt Media, his aim is to disrupt how personal branding is done through marketing tools like Social Media, Press, and Podcast in a unique way. Josue has worked with clients worth over $100m, celebs, and the worlds biggest entrepreneur influencers like Ed Mylett, Julius Dien, etc. As for as investing his owns and manages $2m in rev/yearly in meat markets and is expanding with his goal to own 1,000 meat markets and generate one billion in annual revenue by the next 7 years. If not he says "$10m a year doesn't sound so bad"