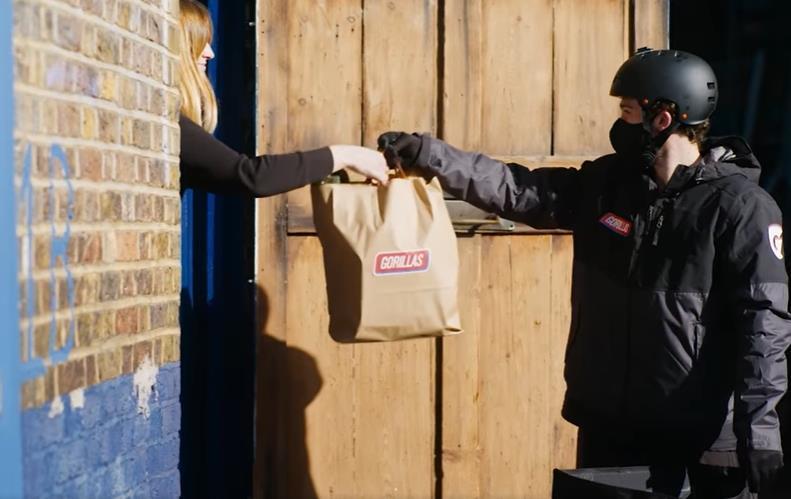 Gorillas exploded onto the food delivery scene in Europe, finding success during the Corona pandemic. Gorillas is part of a trend that aims to change the way people shop for groceries forever, delivering food on demand in 10 minutes or less. Instead of shopping weekly or bi-weekly, Gorillas wants to be part of a trend where you need an item, you order an item, from a single item to a large order, and receive it in minutes.

New York City will be a tough market for Gorillas to succeed. Most New Yorkers rely on their local bodega is good for the emergency and basic items. Gorillas is also not alone in the city, New York’s own Fridge No More also plans to expand in New York City, as well as other areas on the East Coast. Slower than Gorillas, Fridge No More offers a 15-minute delivery window, limiting itself to within one mile of their fulfillment centers.

Fridge No More differs from Gorillas in other ways. The New York-based start-up doesn’t charge a delivery fee, unlike Gorillas’ $1.80 delivery fee. Also, unlike Gorillas, Fridge No More relies on a proprietary data platform to optimize customer preferences. Gorillas has so far preferred to stay away from technological investments, relying instead on human labour, which, while initially cheaper and easier to scale, is significantly slower.

Gorillas is entering an already saturated market where reliance on online grocery delivery is slowly declining as society reopens and people yearn to go out, including to the supermarket. Despite stiff competition and falling demand, Gorillas has pushed ahead with its launch in America.

If Gorillas is able to overcome these issues and succeed in New York, replicating that success across the United States will prove even more challenging. New York City is unique in its dense neighbourhoods, which allow for Gorillas to have multiple fulfilment centres. Most of the United States, even in Urban areas, is far to spread out for a model like Gorillas to succeed.

Additionally, with same-day delivery from services such as Amazon and FreshDirect, which provide a significantly larger selection of items, usage of Gorillas is likely to remain relegated to small orders of emergency or forgotten items. This model does not allow the app to become profitable unless it greatly increases its delivery and item fees, which would likely cause it to lose any customers it does have.

Moreover, Gorillas already has a problematic reputation when it comes to how it treats its workers in an industry where the power imbalance between employers and drivers is far apart. At a time when consumers are more conscientious than ever, a company with a problematic character when it comes to workers’ rights may not be welcome in the American market.

Founder Kağan Sümer calls the young start-up a “family”, but workers laugh at that description. Complaints about union busting, dangerous working conditions, inadequate equipment and disregard for employee concerns mount. Employees also report that Gorillas takes advantage of the fact that the majority of their drivers are immigrants and/or undocumented workers who do not know their rights.

Social media accounts set up by Gorillas’ workers reveal a culture of intimidation by management, firings without cause, and a knowingly dangerous environment that management refuses to fix. Recently in Germany, the home-base of Gorillas, workers went on strike to protest what they called arbitrary lay-offs.

Gorillas uses cyclists to meet its tight delivery windows, which are often not met. The backpacks Gorillas riders carry are thinner than those of their competitors, which makes carrying heavy items uncomfortable and contributes to back pain and injury, along with fears of riders of future back issues.

While the company claims to use top-of-the-line e-bikes suitable for grocery delivery, riders report inferior bikes with no suspension and cheap tires. Both factors that contribute to injuries and late deliveries.

It remains to be seen how much people will continue to rely on delivery services after a year of lockdown, but even if they do, will consumers want to use an unreliable service with such a problematic reputation when there are local, cheaper competitors? That remains to be seen.

﻿Want A Golden Experience? Find Out Why Kristjan Podgornik Is the Antidote with The Best Organic Olive Oil

The Role of Social Media Influencers