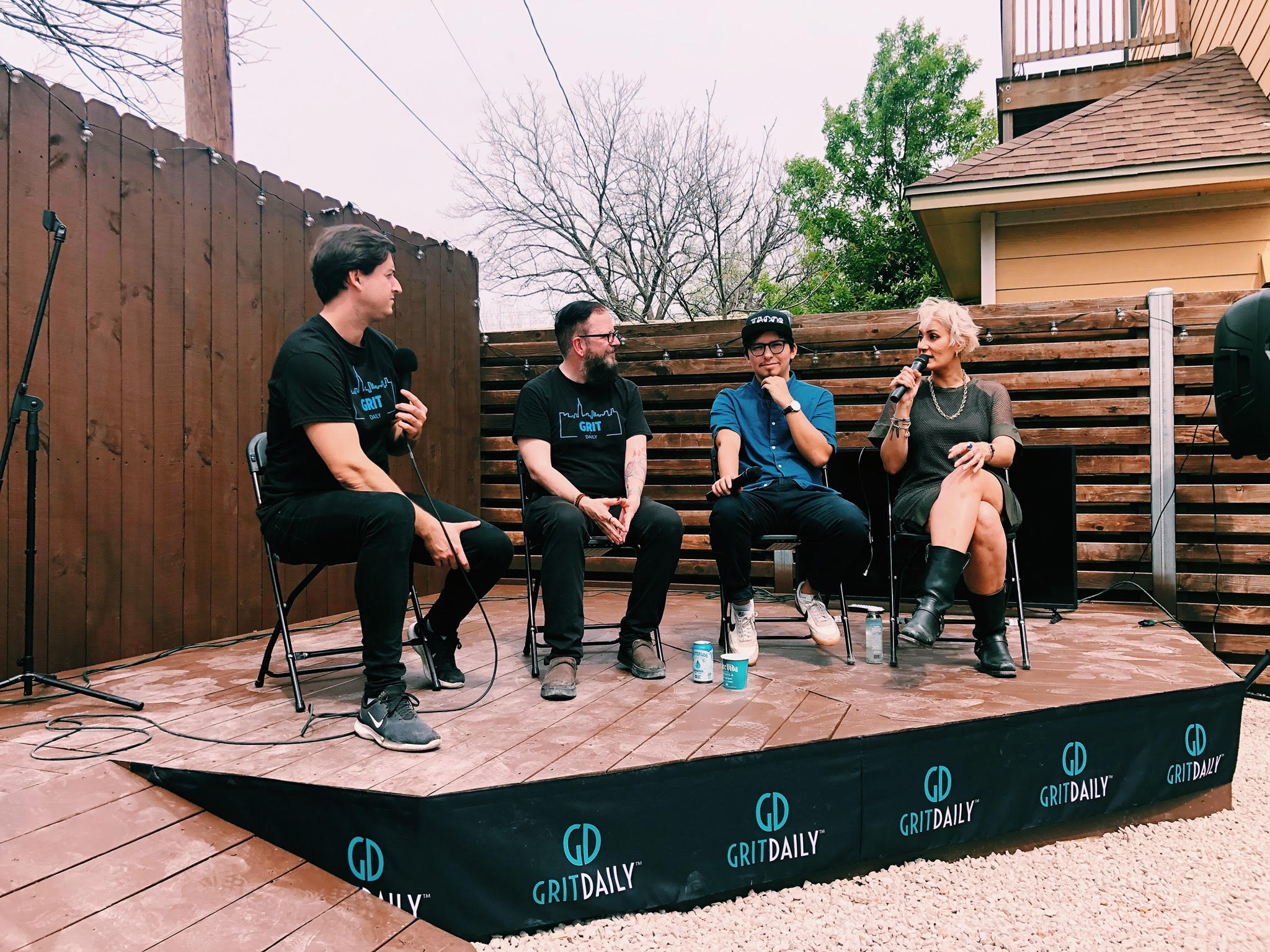 Grit Daily News was founded in 2018 with the mission of being the Champions of Live Journalism. The independent news outlet was known for its insightful panels at some of the biggest conferences in the United States. Then, the COVID-19 pandemic hit. This put founder Jordan French and his team in a difficult position—one that required them to dive headfirst into the world of business news and investigative journalism under a subscription model.

Like many small businesses across the country, Grit Daily needed to adjust to the new normal. No longer would it be able to host in-person panels at the business and art conferences happening around the globe now that those conferences would be postponing their events for the foreseeable future.

The outlet had made a name for itself with Grit Daily branded events in places like Park City and Miami for Sundance Film Festival and Art Basel, respectively, as well as its monthly event in Times Square, and their industry dinners. Once the pandemic was in full swing—with the Consumer Electronic Show in Las Vegas going virtual and Miami Music Week being effectively cancelled—Grit Daily was no longer able to host these sorts of events.

The last in-person event Grit Daily hosted was Grit Daily House in Austin during SXSW. That event was a major success, with Fast Company calling it a refuge for independent artists and The American Reporter saying it was exactly what SXSW needed and heralding Grit Daily as “the new kid on the (media) block.”

The pandemic hit right as the outlet was picking up some major steam in the world of live journalism, forcing the budding media entity to re-strategize. Thankfully, as an independent news outlet with no corporate funding, French and his team led by Managing Editor Julia Sachs, were free to make that transition as they saw fit.

Grit Daily began focusing more on business and world news as well as investigative journalism from a fresh, new perspective — and put it behind a paywall. The company was one of the first outlets to recognize the potential impact of the pandemic as its reporters were following WHO briefings closely. Free from corporate interests, the outlet offered an objective look at the chaotic 2020 Presidential election in an atmosphere where every other outlet was drawing lines in the sand. Grit Daily broke the story on how new immigration policies were affecting the frontlines of the fight against COVID-19. Grit Daily also began publishing intriguing analytical pieces on the legal and ethical implications of facial recognition technology, broke down the implications of the COVID-19 pandemic on the film industry and offered divisive opinion pieces.

All of this top-notch reporting earned Grit Daily recognition by Facebook as a trusted news outlet, allowing the company to publish what Facebook calls “instant articles.” In October, Grit Daily also joined the ranks of outlets on Apple News, spreading its independent journalism even further, which only compounded this achievement and earned it recognition as a reputable, national news outlet.

The steady development of Grit Daily’s reputation as a trusted, impartial news outlet has allowed the media entity to transition from its previous model of live journalism to a subscription based model. While it relies on reader subscriptions to fund itself, its growing brand means that French has high hopes for its future. “We’ve seen subscription revenue grow dramatically since the paywall launched in May,” he noted, adding: “No doubt the quality of the content and uptick in entrepreneurship and new brands — especially those led by women — led subscriber growth.”

Subscribers have access to Grit Daily’s impressive collection of exclusive articles, featuring industry leaders and up-and-comers alike. They have interviewed everyone from JC Curleigh, President & CEO of Gibson Brands (the makers of the iconic Gibson guitar) to Tech podcaster Espree Devora and artist/muralist Camo Customz. A subscription also provides access to the Grit Daily Morning Grind, a daily newsletter that provides a run-down of their can’t miss stories.

Grit Daily is a daily news outlet that offers readers a well rounded and well thought out world view—one that presents objective facts and unique perspectives so that every person can take away something different from each article and come to their own conclusions. It carved out a reputation for covering earlier stage brands and especially those led by women and BIPOC founders. In a world where most media outlets are either telling you what to think or trying to sell you something, Grit Daily’s brand of journalism is a much-needed breath of fresh air.

Related Topics:Grit Daily
Up Next

Dee Coriano Came From A Small Town Looking To Follow Her Dreams. Her Adventure Led Her To Be A Stand Out Personality In The Yoga World. Find Out More Below.