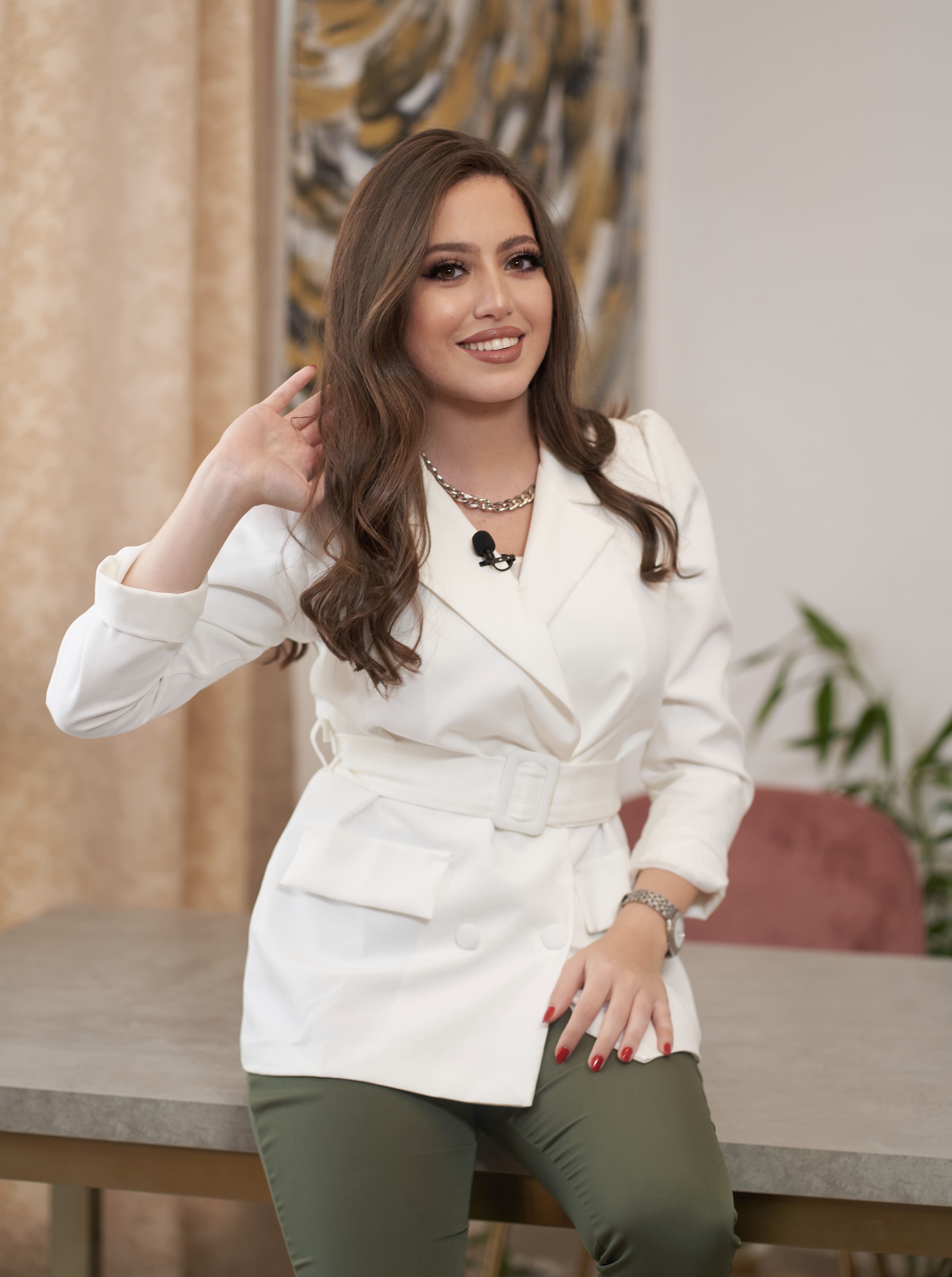 The truth for finding your way in the competitive media world is that it is a dangerous proposition. It is not for the faint of heart, the thin-skinned, or the weak-minded. And if you match one of those colorful labels, you’re most likely to get weeded out of the media gene pool sooner or later.

You’re toast in a competitive environment if you can’t keep your cool, stay focused, and find a way to win against the odds.

And Ayah Ramadan, a 23 years old successful TV presenter, knew this fact very well while struggling her way in the competitive media world.

Originally from Syria, Ayah Ramadan was born and brought up in a highly encouraging and nurturing family in Abu Dhabi.

Ayah has always been an extremely social and outgoing person, and considering how excessively demanding the media world is, she knew she would want to use that in her favor. Her purpose of pursuing media was already evident when she graduated high school and opted for a specialization in this field. She completed her Bachelor of Communication and Information Studies with academic excellence from the American University in Dubai.

Her passion for the digital media started with short IGTV videos of a sequence she called فشة خلق on Instagram. Ayah displayed her skills in this spontaneous show where she talked about crucial topics and, in return, had great feedback. Her Instagram page started growing in no time. It helped Ayah to get the recognition she deserved in her field. She had a few interviews about her IGTV show, and it lit a fire in her heart to enter the TV as a presenter.

Ayah marked her way in the media industry as a successful producer and TV presenter. She joined Al Aan TV, based in Dubai Media City, as a producer.

In no time, she proved her skills in presenting to start a 5 minutes segment of “Good News” from around the world, which later developed into her own 30 minutes show that she now produces and presents. As part of the ‘Al Aan family, 2021,’ the successful presenter was also featured on Dubai billboards twice.

Ayah considers that one of her most significant achievements so far is producing and presenting her own talk show that sheds light on the life of social media influencers and content creators for two seasons.

Ayah’s skills are not limited to digital media and TV only. She also works as a freelance journalist and has written a few articles in Hia magazine in the jewelry section and translated and written for Modern East magazine in Chalhoub group.

Why Realtor Jack Less is Known as The ‘Real Estate Guy’