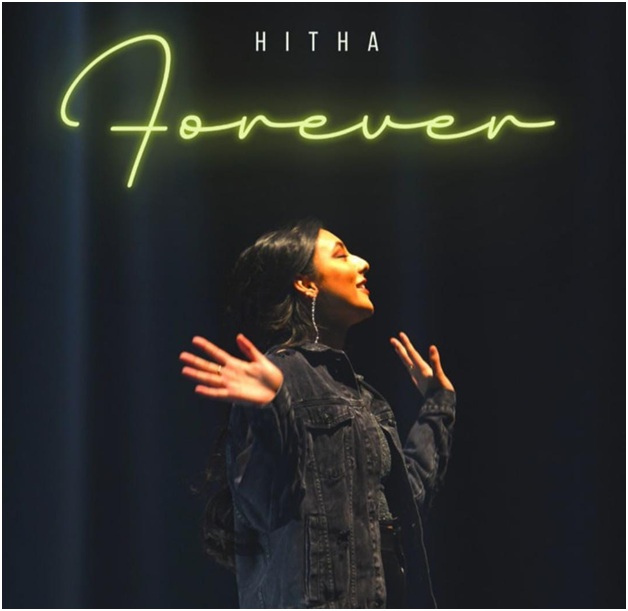 Forever is a special song. It doesn’t have a motivational message addressing a societal issue. It doesn’t have the indie vibe and harmonies that I typically incorporate into my earlier productions. It’s essentially a thank-you letter embedded in EDM-based music. My dad and I have a teacher-student relationship as much as a father-daughter one. I really wouldn’t be who I am today without my father, therefore I wanted to honor him through my new single. I have learned so much from him and am grateful for his unwavering support, guidance, and love.

The music video creation was a hectic process because we had to record the entire thing in one day! It seems simple enough to do until you factor in the dancers’ hair and makeup, clothing changes, lighting sets, and props. I actually felt under the weather the day before I was supposed to practice the choreography, so I was unable to go. I had to learn it on set during the breaks! Overall, I loved the energy during the creation process. It was absolutely amazing.

Your album FOREVER is dropping on October 28th. Can you describe the type of music that will be on it?

Music from my album Forever is pretty diverse. Some songs have cheerful tempos and inspirational lyrics that uplift the listener. Other songs have sentimental lyrics and are replete with feelings. However, Forever tops the list of a true dance song.

Also, watch out for my upcoming single coming out on Oct 14th. The various facets of teen anxiety are the subject of my brand-new track, “In My Head.” Not always feeling at your best is normal and acceptable. This song is intended to encourage them and help them feel heard.

What experiences led to the creation of the album?

Since the songs on the Forever album have been in the works for two years, a variety of experiences have contributed to their development. However, after penning my debut song, Standing Up with Pride, I realized I needed to make music that people could listen to in order to find inspiration for themselves. Regarding Forever specifically, my father was and continues to be my biggest supporter, thus I’ve wanted to create a song about him for a very long time. This song had gone through numerous drafts, but it wasn’t until I composed Forever that it came together. It just made sense. I did have help.Naturally, my father chimed in by sharing important recollections from when I was a little girl. I was able to delve deeply into our father-daughter bond and include that essence into Forever as a result.

What mindset did you have in writing the album and what do you want your fans to feel after they’ve listened to it?

The fact that I had to pick and choose which ideas to incorporate into the songs made me genuinely perplexed as I was making this album. Even though the world is currently plagued by many issues, I choose to look inward. I created my songs on the issues I was experiencing in order for the listeners to gain a fresh perspective. I want my music to have a positive impact on the lives of my listeners. I often attempt to include some uplifting music to contrast the seriousness of the lyrics when I write about grim subjects. I want my music to be an experience all around. It’s impressive enough to merely listen to it yet inspiring enough to make an impact.

How can fans connect with you?

Fans can connect with me through social media and my website at www.officialhitha.com!