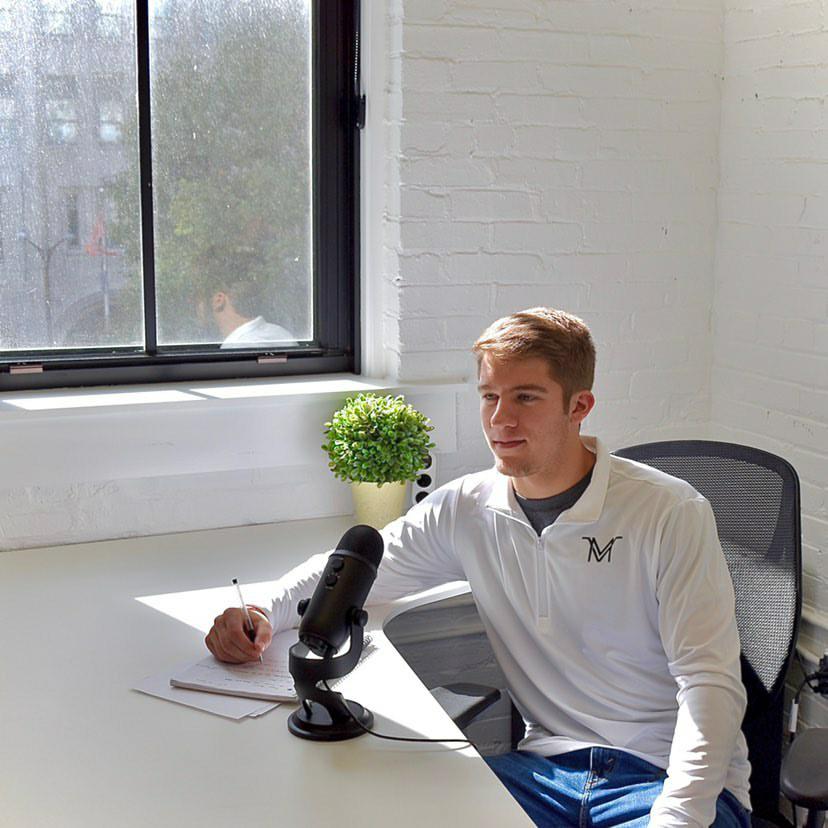 Jacob O’Connor is a high school senior who grew up in a small town ten minutes south from St. Louis. Jacob is also a podcast host and the founder of the Venture Mentality Podcast; a show that interviews some of the most successful entrepreneurs in the world.

I spoke with Jacob the other day and discussed how he’s been able to achieve all these while being a high school senior, he had some pretty interesting things to say;

Jacobs thinks of himself as an excellent communicator; this is besides the two other skills he has been gifted with, which are; the ability to sustain relationships and the ability to take out wisdom from the words of his interviewee.

He is in the habit of searching for deeper meanings and always eager to learn from their words of advice. Not many high school students can maintain a podcast; because of this, Jacob believes his age helps him stand out amongst many others.

At the start, Jacob faced two significant challenges. The initial one was fear of putting himself out there; he had to deal with the feeling of vulnerability. The knowledge of his reason for doing what he was doing helped him through that. He was aware that he was doing it not for himself but other people. Jacob has a mission, and that is to help people attain their goals and defeat their obstacles.

His second major challenge was setting up his podcast. He had a lot to learn in the technical aspect, but he was able to scale through by teaching himself that which he needed to.

The very fact that Jacob is making a difference in the lives of many people is an achievement in itself for him. Being the proud owner of his podcast studio is also an achievement for him.

Jacob’s first principle is that discipline is everything, and without it, he would have been unable to get anything done. He recognizes the role discipline plays in getting tasks done for him. He has been able to develop a formula around it, and he calls it the achievement formula;

His second principle is adding value before anything else. He does not believe in going for a meeting or anything at all with the mindset of receiving first. One should always come from a place of service and look for value to give.

Finally, ‘just ask’ is another principle he goes by. He was taught by his mentor Joe Koppies, that it is good to know how to ask. The worst that can happen is that you will get a no. He understands that many people are too afraid to ask for help or anything that they might require

Jacob says that his most significant source of inspiration stems from the people that have been able to do something with their lives and make something of themselves. He is greatly inspired by people like Albert Einstein, Thomas Edison, Steve Jobs, Bill Gates, Michael Jordan, and Andy Frisella. Generally, people whose goals are to make a positive impact on the world.

Related Topics:podcastyoungest entrepreneur
Up Next