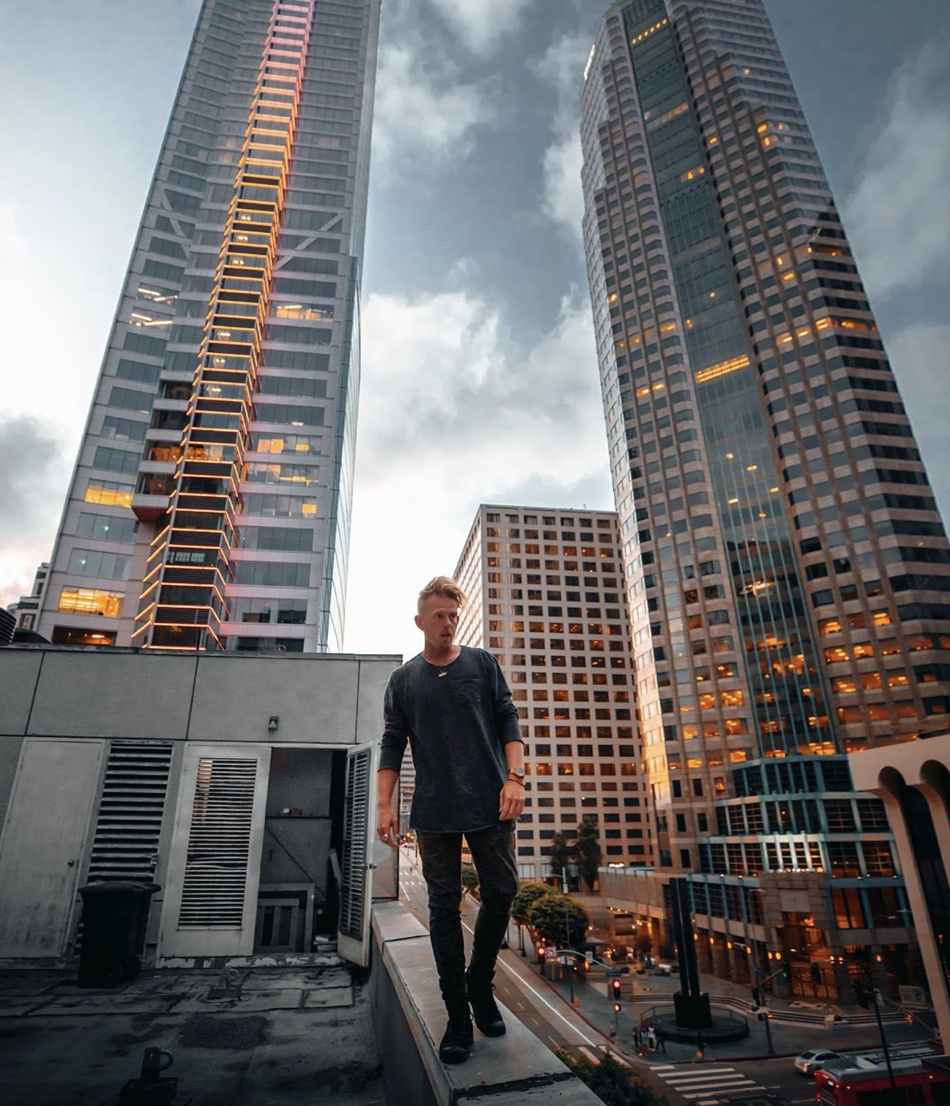 Jeremiah Davis story isn’t just a success story. It’s one of a kind, a story of a young boy who has not only followed his dream but is also living it. His story inspires, motivates and encourages several people across the globe. Jeremiah is a star in the making. What’s fascinating about his life is that he doesn’t have to choose between work and play, since he can engage in both.

Who is Jeremiah Davis?

Jeremiah AKA ‘That One Blond Kid‘ is a photographer and a world-known drone videographer. He directs music videos and campaigns for some of the most prominent artists and brands. Jeremiah has created content for DJI, MVMT, Adidas, and also Snapchat. The world perceives him as an artist, entrepreneur, tastemaker, visionary and a trendsetter.

Rising Up and Above The Waves

Jeremiah began this while in high school. He admired his brother, who was into videography and was making an enormous amount of money from it. The young photographer knew photos would supplement his brother’s videos and also earn him a little cash. He then approached the best photographer in school to learn from him. After buying an affordable camera, a canon. He would  take a photo everyday and post it on Facebook, which made him happy. After three months of consistency, Jeremiah became a good photographer.

After college, Jeremiah slid into Rory Kramer’s DM and told him that he wanted them to work together. When Kramer didn’t respond, Jeremiah didn’t give up. Instead, he sent Kramer a drone footage, and that’s what opened doors for him. His life took a 360-degree turn. Later, Jeremiah connected with Dave Lingwood, a member of MTVs, Buried Life. Soon another door opened up for Jeremiah, an opportunity to  work with The Chain Smokers came up. He would shoot their videos and even travelled with them across 9 Asian cities. Jeremiah got to know Alex Pall and Drew Taggart at a personal level. Jeremiah portrays them as hardworking individuals. They weren’t only his bosses, but they turn out to be his friends.

Establishing Himself as a Personal Brand

In the last quarter of 2017, Jeremiah launched his Snapchat discovery series, ‘without limit.’ Every episode depicts, how once you become ‘fearless, life becomes limitless.’ In this show, Jeremiah is with his friends, and they engage in various activities. They travel around the world and record their activities. Jeremiah has jumped out of planes, hot air balloons, and climbed peaks of tallest buildings. He even swam with sharks with no cages in Fiji. This daring man also walked in entire Spain for 33 days on foot. Bold! Right? Jeremiah is proud of running five videos and photo workshops in 18 months across the world; he has also built his Instagram audience to more than 100,000 followers and establishing his own brand ‘ThatoneBlondKid.’

According to Jeremiah, you don’t have to figure it all out, to get started. Instead, start where you are. Consistency, hard-work and believing in yourself is what you need to prosper. The man didn’t have much money but worked with what he had. He is self-taught. Mainly, he learned through YouTube with the help of a mentor. At his age, Jeremiah has inspired not one but several young guys around his age, to be aggressive and pursue their purpose. In just two years, he has traveled to 50 countries across the globe and even filled up two passports. His best destination is South Africa, a beautiful place to chill and enjoy life. Jeremiah mentions Sri Lanka as being the best place to take photos and videos. He refers to it as the next Bali.

Jeremiah appreciates having a platform to fulfill his dream as many talented people lack the platform. He enjoys being around creative people who keep on grinding and going about their craft. That’s what inspires him to better every day. Jeremiah values relationships and they make him happy. Jeremiah travels with random people, whom he wants to turn to friends at the end of the day.

Together with other creators, Jeremiah continues to create fantastic content. He remains an icon in the eyes of millions of up and coming artists.

Related Topics:Jeremiah Davis
Up Next

Sergio Centeno is a PR Expert that helps brands establish credibility and create brand awareness. He specializes in helping brands get recognized by prestigious publications and featured on major news outlets. He’s worked with influencers with 100K+ followers and a few clients worth over $100M. Sergio is known for helping brands get more clout!