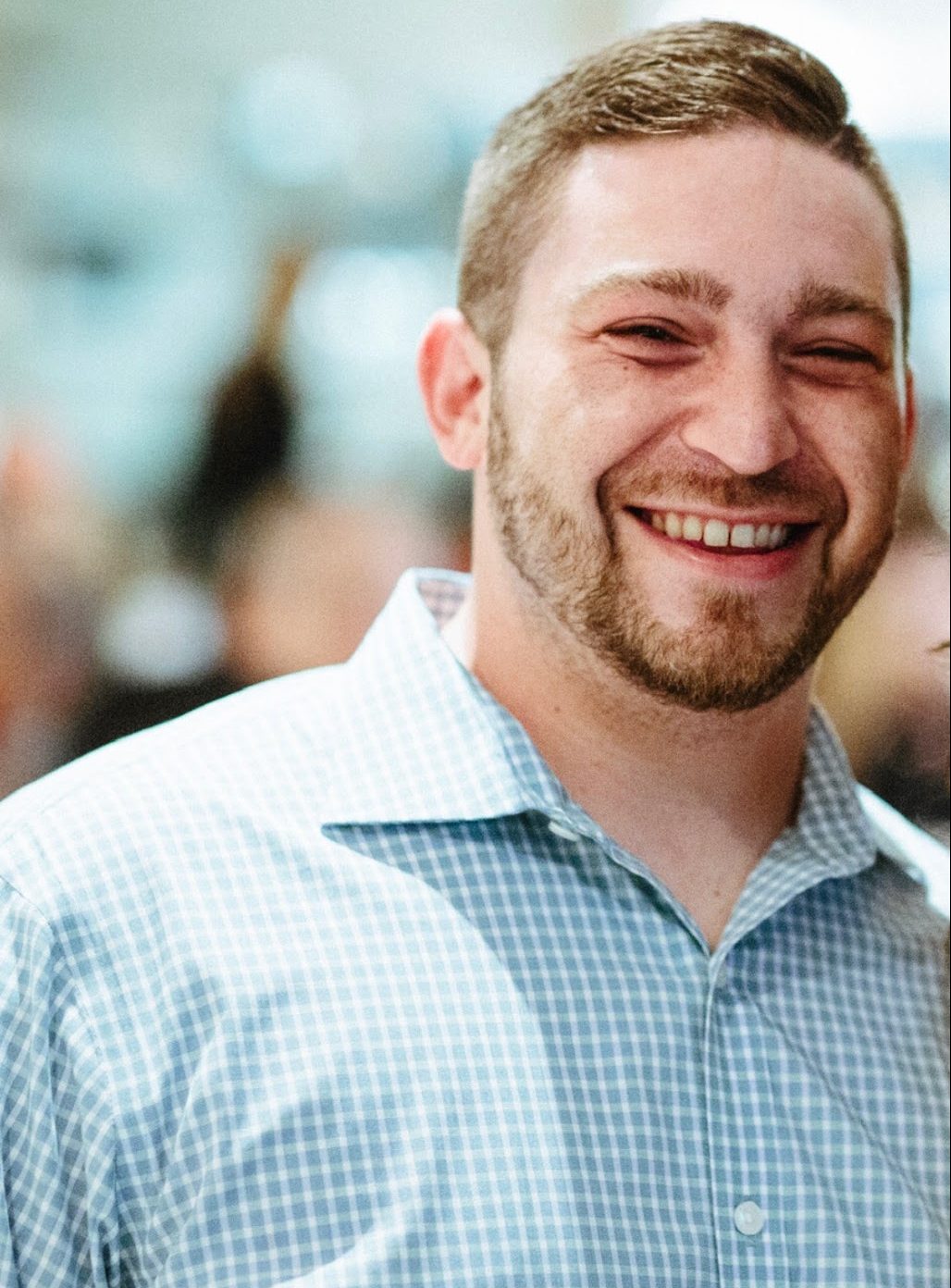 At just 35-years-old, entrepreneur Jamie Rosen has created one of the cannabis industry’s most popular brands, Dr. Dabber. Prior to entering into the cannabis space, Rosen was a professional poker player for seven years, and at the height of his poker career, ranked in the Top 20 of poker players worldwide.

Believe it or not, entrepreneurs and professional poker players have quite a bit in common, taking on risks with often limited information. And they know the right time to jump on an opportunity.

Cannabis enthusiasts are certainly familiar with the Las Vegas-based product line which has been operating since 2013. With products sold online and in countless dispensaries worldwide, and yes, you bet your ass you can find it in Planet 13, Dr. Dabber has rapidly grown to be one of the top vaporizing brands in the cannabis industry. It has received several prestigious awards, including, but not limited to Geekspin’s High Times Cannabis Cup, twelve times, and first place on Digital Trends’ list of The Best Vaporizers of 2019.

Too Big for a Garage

From his dorm room at Indiana University, Rosen eventually made the decision to drop out of school to become a professional poker player. However, his transition into the cannabis industry was quite natural. “I was always showing off the latest and greatest flavors, consumption methods, and gear,” Rosen explained. For a period of time, he thought it would be a good opportunity to sell vaporizer pens to the poker community, just as a hobby.

“I was selling unbranded vaporizers out of the trunk of my car. All the vapes I was getting were burning red hot, and left a disgusting, charred after-taste. So, I told the manufacturer to crank down the heat. Without knowing it, I had just invented the first low-temperature portable vaping device. I knew building a brand would be the only way to take it mainstream, so I invested in an ad agency to make a logo for us.”

Jumping into the market with one single product, the Dr. Dabber Ghost vaporizer pen, Rosen went from diligently packing up 10-15 orders per day and driving them to the post office, to no longer having room in the garage to hold the inventory. “Within another 18 months, we had outgrown the facility we moved into. That’s when we realized Dr. Dabber was going to be something big,” which to Rosen’s correct guess, became an industry disruptor, with the Ghost going on to win several industry awards, including, but not limited to High Times Magazine for “Best Packaging/Kit,” “Best Portability”, “Best Hits,” and “Best Value.”

However, it very quickly turned into a full-time job. Eventually, the idea for Dr. Dabber came into fruition, which Rosen says came from the poker community’s excitement about an electrical consumption device. In his time traveling and at home, Rosen’s go-to for relief and concentration was a cannabis vaporizer pen he had on hand at the time, but not because he needed to liven up the atmosphere.

“Vaping made sitting for long hours in tournaments tolerable,” Rosen explained. “Also made it easier to handle those stressful bluff situations or handle a bad beat better.”

With Rosen’s poker career at a successful milestone, the entrepreneur-in-the-making had enough saved up to start Dr. Dabber. “At the time, online poker became illegal in the U.S., so I was forced to move overseas to pursue my [poker] career. Living out of a suitcase got old, and I decided to move back to the U.S., giving up poker, and taking my career in an entirely new direction: Dr. Dabber.”

Immediately making a name for itself in the industry, Dr. Dabber was the first company to not only bring low heat vaporization for waxes and oils to the mix, but also introduced the consumer favorite “E-Rig” and introduced induction heating as a vaporization method to the industry with its SWITCH product.

The release of the Boost eRig in 2015 “changed the game”, according to Forbes, as the first-ever portable, battery-powered dabbing device. Until now, it has endured as the most civilized setup on the market. Rosen’s experience in the world of poker also trickled into his leadership style. As an entrepreneur, the Dr. Dabber CEO revealed that his expertise with cards has helped him to operate well in extreme pressure situations, while simultaneously learning how to adapt to changes on the fly. “Overall, my ability to read people has definitely been beneficial.”

Inevitably, Rosen has been able to extend his network to help shape Dr. Dabber into the brand it is today. Yet, Rosen’s experience with professional poker taught him how to take chances with opportunities that may have “positive equity.” “Starting any business takes serious commitment and requires a giant leap of faith, no matter the space. But entering the cannabis space, in particular, as a new player is riskier than the average industry due to the amount of restrictions placed upon us.”

For those new to the cannabis space or to the Dr. Dabber brand, the company’s award-winning customer service department is second to none, abiding by the Golden Rule. “Although the products and innovation are great, I feel as if it’s the personal touch that sets us apart,” Rosen emphasized.

Back in November, Dr. Dabber released its latest electric dab rig, the Boost EVO, an upgrade from the original eRig, the Dr. Dabber Boost.

Designed in-house from the ground up, the Boost EVO is proprietary technology with just one goal in mind: the perfect dab–a metric that is often overlooked due to most vaporizers on the market having little to no temperature control, calibrated to continuously heat up until abruptly shutting off. This of course leads to a huge variance in temperature, lending favor to the product’s patent pending temperature control sensor, with six heat settings.

Rosen says that since the product’s launch, the company has received “an overwhelmingly positive response from the cannabis community”. The Boost EVO is unlike anything currently available on the market, showcasing a wide-variety of features, including six-temperature settings, eleven-second heat-up time, a revolutionary magnetic quartz atomizer with built-in temperature sensor, and an airflow release button that eliminates the need for a carb cap. Oh, and you get up to 60 hits on a single charge.

The Dr. Dabber Stella, is the company’s newest vaporizer pen which takes cues from its award-winning predecessor, the Dr. Dabber Aurora. The device is re-built from the ground up, featuring major improvements in a slick, signature black stainless steel body. Following in the footsteps of the Dr. Dabber SWITCH, the Stella is Dr. Dabber’s first vaporizer pen that features pass-through charging, meaning the pen can be used while it is plugged in. Offering four heat settings, a TCR heating element for continuous voltage to prevent burnt hits, as well as pass-through charging, Stella has continued to gain recognition from industry-recognized publications, including, but not limited to Weedmaps, Medical Jane, Heavy, and Benzinga.

Of course, with the COVID-19 pandemic still at large, executives like Rosen admit that operating in the cannabis industry continues to prove difficult at times. “Operating in this industry has always posed its own obstacles,” says Rosen. “We view this as just another obstacle to overcome. We are fortunate enough to be able to work remotely during this time, with minimal impact to our business. With the pandemic, we believe transparency is key. The pandemic significantly impacted our suppliers early last year, prohibiting them from being able to manufacture for some time. As soon as our suppliers were allowed to be operational, we were able to get our orders on top of their lists due to our great communication and relationships with them.”

Rosen says the company has seen a “significant increase” in revenue since quarantine began around early March of last year. “With quarantining, comes stress, boredom, and an excess amount of free time. People need our products now, more than ever, to safely medicate from the comfort of their own homes.”

The company concluded our conversation by saying that once it’s safe to travel and attend trade shows again (post-pandemic), Dr. Dabber will be looking to expand its international presence.

“Anyone who works in the cannabis industry can tell you there are many roadblocks to be dealt with, due to strict regulations. The greatest obstacle we’ve faced is the ongoing need to think of new and creative ways to advertise.”

Top 10 Inspirational Entrepreneurs To Look Out For In 2021