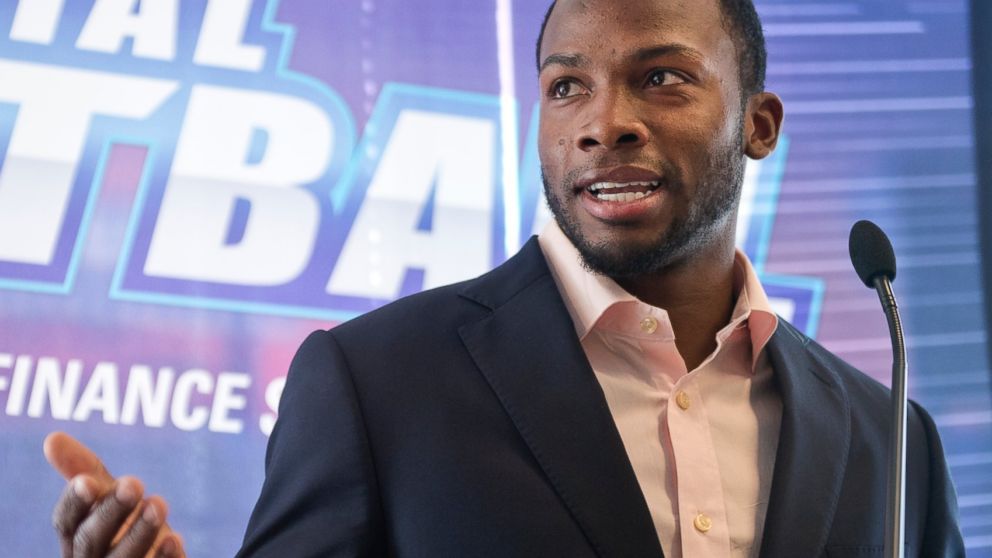 According to a 2009 Sports Illustrated article, 35% of National Football League (NFL) players are either bankrupt or are under financial stress within two years of retirement and an estimated 60% of National Basketball Association (NBA) players, 78% NFL players, and a large percentage of Major League Baseball (MLB) go bankrupt within five years after leaving their sport. So, why such a high number? Most research points to the fact that the majority of professional athletes lack the financial knowledge they’d need to manage the large sums of money they’re earning. Instead of focusing on saving some of it, most athletes tend to live a lifestyle based on their peak earnings, rather than think about the money they will need for later in life. A third reason could be the fact that a lot of athletes don’t think about diversifying their portfolio and having multiple streams of income to support themselves, especially after they retire. However, while the numbers are considerably high for bankruptcy and financial stress amongst athletes, there are a few who have defied the odds and are now teaching others how to be more fiscally responsible. One of those players is Ryan Broyles.

Broyles, who started his NFL career as a receiver for the Detroit Lions in 2012, knew these frightening statistics early on in his career, which is why he was determined to do everything in his power to not end up bankrupt after retirement. He had the foresight to know that a large amount of money he was earning wouldn’t last forever, so he decided to live on exactly $5,000/month and invest everything else. In addition to regularly adding to his savings, Broyles’  was on a mission to stay consistently financially productive. In 2012, soon after he began his career, he bought a house. He explains: “…Even when I was in the league, I was buying property”. Between his savings and his home, he was off to a great start. Unfortunately for Broyles, he was forced to deal with multiple injuries which derailed his professional life. Instead of looking at the glass half empty, he used that motivation to fuel him to expand his financial literacy and assets.

Rachel Welcher, one of Broyles mentors who he had met while in Oklahoma, spoke to him about options for his money if he reached the NFL. She explained several options but one of them really stuck with Broyles: real estate. So, when his injuries became too hard to deal with, Broyles retired and directed all of his attention on real estate. “I never thought at some point I would be raising money to build buildings and apartments. Once football wasn’t in my future, it was kind of an easy transition for me,” Broyles explains. Today, Broyles and his wife, Mary Beth, are real estate advisors. The couple is passionate about helping people grow their wealth through homeownership and income-producing properties. It’s important to him to spread his knowledge to as many people as possible in order to teach them the importance of long term financial growth. In addition to that, Broyles also started flipping houses. To him, it’s important to stay active, learn as much as you can, and collaborate with all different types of people in order to remain successful. And successful he has been. As someone who sadly remains an outlier amongst retired professional athletes, Broyles is passionate about continuing his entrepreneurial endeavors and helping athletes understand that they too can remain financially successful after their sports careers. Below are three pieces of advice that Broyles has not just for professional athletes but for anyone trying to save money and increase their wealth.

Live Within Your Means

Broyles explains that it’s important to enjoy life and spend money on entertainment, but make sure that whatever you spend it on brings you true joy. “Review your spending habits and spend to maximize your enjoyment,” he says. Ryan looked at these living expenses including entertainment and decided that he could live very well with $5,000 a month. It didn’t feel like he was making a sacrifice. He also didn’t allow what his fellow teammates and friends were spending at the time. He knew that he was building his future and the future with his family was his top priority.

According to Broyles, focusing on financial freedom means finding an investment type that will generate passive income with a good return. “Real estate investing is simply because you are investing in tangible assets and you are in control of these assets, as opposed to investing in stock where you are at the whim of the market and have no voice as a shareholder,” says Broyles.  He explains that going from zero to one rental property is a mind shift, but one that he had no qualms about, especially after being influenced over the years by his mentor whose family had been investing in real estate.

Ryan’s methodical, slow, and steady approach is at the core of his success. He now owns 50 rental properties. He fervently believes that once you’re able to, scaling up and increasing your net worth is always worth it.

Despite the staggering percentages of professional athletes who struggle with financial stress and bankruptcy, there are some who have defied the odds and are now encouraging other athletes to focus on the importance of financial literacy. Ryan Broyles is one of those players. With a mindset on long-term financial growth and stability, Broyles was able to build savings for himself while investing in real estate simultaneously. Today, he’s not only successful, but he’s also thriving, thanks to some great advice from mentors and the desire to build up wealth starting at a young age. For any athletes who are just embarking on their professional sports careers, remember to live within your means, focus on financial freedom, and scale your business when the time is right.

Is It Time to Raise Venture Capital for Your Startup?

Eric purchased his first apartment building at just 18 years of age while still at university. After graduation, in his position as an actuary, he was dismayed to see hundreds of company pension plans being rolled over into 401(k)s shifting the retirement risk to employees. This made him reconsider traditional beliefs about retirement saving. It also made him question his role as an actuary so he joined the lucrative technology industry. A few years later he lost a fortune during the Dot com crash of 2001 and he started looking for ways to earn passive income and stop trading time for money. He started various businesses, including a gourmet sauce company, but eventually came back to his first love real estate investing and formed MartelTurnkey with his sons. After just four years of rapid success he was able to retire from his day job. Now he wants to share what he’s learned so you don't make the same mistakes he did.