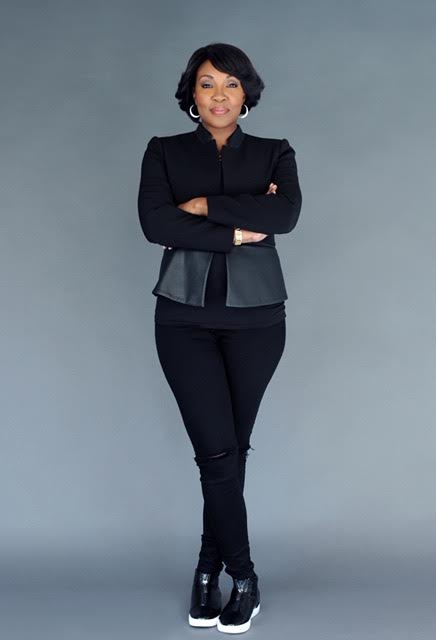 Always fascinated by the entertainment industry, Angela White remembers being captivated with the inner workings behind the camera and the scenes as early as her college years.

“In college, I used to bring public speakers and entertainers to the campus, and putting on events was a natural skill set for me, and I was bit by the bug to learn more about this elusive field,” says Angela.

After pursuing her dreams in entertainment, Angela White now understands better than most that the movie business is glamorous, but tough. A film and television producer, Angela also works as an educator. She prides herself on being able to teach young talent how to survive in the entertainment field, supporting themselves with an actual revenue stream. With Angela’s guidance, her students are able to support themselves using their gift and skills, all while making a difference in a difficult industry.

Angela runs her own production company, “Silver Lining Entertainment”, as well as an educational platform, “Backstage Pass to the Movie Industry,” that provides business strategy, coaching, mentorship, and online courses about how to break into the entertainment business, how to build more revenue, and business tips to enhance your career goals and create a better life.

Although she’s now a fixture in the business, especially for aspiring entertainers, you’d be surprised to learn that Angela entered the industry in a non-traditional way. Unlike if she was coming out of film school or a family in entertainment, she has no specific training as a film or TV producer within the entertainment industry. Despite these possible disadvantages, Angela was able to overcome them through hard work and resilience. Staying on top of her game comes from being different from the competition and overcoming countless obstacles. Angela was able to prove that you don’t need to follow one path to make it in entertainment.

“I had to work hard networking, researching, and learning the profession from the ground up. The process took years, but I am grateful that I stayed patient, faithful, and resilient. I am not a one-trick pony.  I have mastered learning something about everything. Being a student is vital, so when I have to pivot I can adapt to any new situation or challenge,” Angela says.

In fact, her experience in the corporate world is a big advantage. Her background allows her to know the importance of owning your own business and having financial independence. Although many think the entertainment business may not involve finances, it does! Angela wants emerging talent to know how to build a sustainable lifestyle in the industry.

“I observed that truly successful people owned their business. Thus, I knew early on that I had to become an entrepreneur, which would lead to generational wealth and being able to employ people who usually would not be given a chance,” Angela explains.

These elements bring Angela to her definition of success, which she sees as being truly happy with yourself and doing what you love in life.

“When you are emotionally, spiritually, and physically at peace, you have successfully conquered life.  Finances can not make one whole, nor awards or accolades,” explains Angela.

Chasing true and lasting success comes with understanding your biggest challenges. For those in the entertainment industry, these are time and money – and most companies, especially new ones, don’t have much of either.

“You have to be strategic with your time as this is the one thing you can not get back in life, and financing is key to business growth.  You have to think out of the box to overcome these issues and learn to maximize your time with proven systems and strategies that will automate your business,” says Angela.

Angela is always branching out into a new venture. Currently, she has many new projects in the works. Her newest book, “The Secret to Creating a Winning Demo Reel,” was recently released, which educates actors on the action steps to take in creating a workable and successful demo reel that will help one acquire more work by booking more auditions. In addition, Angela’s educational platform, “Backstage Pass to the Movie Industry,” is preparing to start shooting another project under the “Producer’s Bootcamp” course.

With her experience in trusting the process, Angela takes pride in being able to live life on her own terms.

“I didn’t grow up with a lot of money or access to people within my desired profession.  It took grit, risk-taking, and hard work to push past my limits and see beyond myself.  If you want to be successful in life, stop overthinking the process, and trust the journey.  Life is full of lessons, and it’s up to you to seize the moment when presented and purposely live life,” Angela says.

Make sure to check out more of Angela’s work here, or learn more about her educational platform: Backstage Pass to the Movie Industry. Angela can also be found on Instagram, Facebook, and Twitter.

Related Topics:Angela White
Up Next