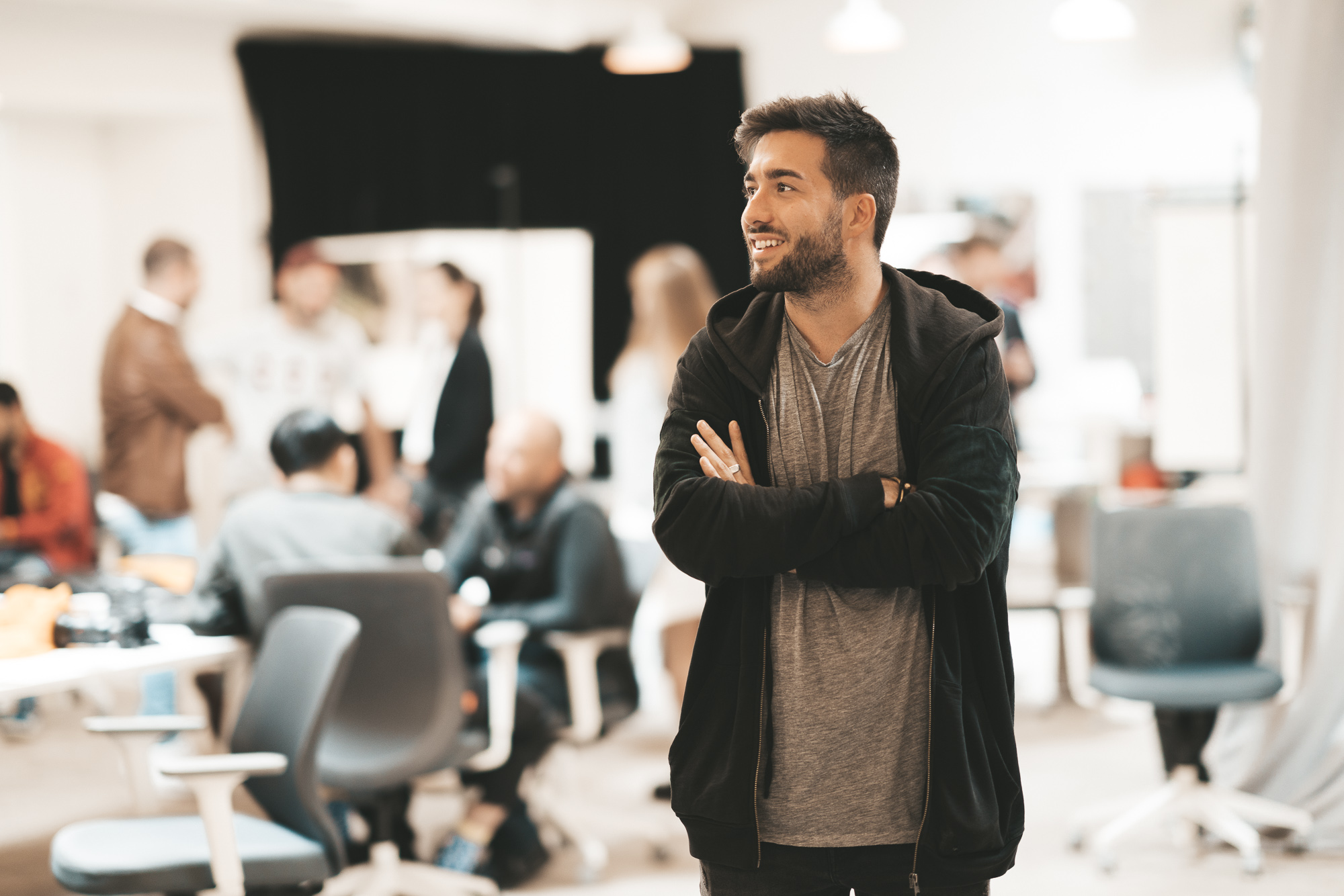 Dario Viganli was a shy and introverted child. When he was 13th he opened his first blog was excited about the opportunity that the web was giving him. In real life, he wasn’t able to speak to anybody at that time. On the web, he could be whoever he wanted to be. He was living with his parents in a small town in the north of Italy where nobody was interested in Digital Marketing. Thanks to the web he able to talk and connect with people all over the world that were just like him.

With his first blog, he created a small audience. While he wasn’t earning money he was excited about the fact that thousands of people were interested in him and what he had to say. This helped him overcome his shyness and introverted character. For a while, he jumped around and blogged about so many different topics even talked about biology at one point. He then realized that if he wanted to succeed he needed to focus on one thing.

So when he was 18, he understood and found his real passion in digital projects and creating audiences around them. So he started his own personal brand blog (dariovignali.net) which talks about the digital marketing strategies he used in the past to launch his blogs. Dario then figured out that it is better to work in a small language-specific country and become a monopolist. Then one day when he was 22, he was looking at his google analytic dashboard and realized that all those numbers were people.

People who read his blog and share his ideas, his strategies, and his lifestyle. So he thought: “What if I create a community for those people, allowing them to interact with each other around my personal brand?” This is exactly what he did. He created a facebook group that grew by thousands of people every month.

Right now that group is called “Marketers”, it’s about 50.000 members and is the biggest digital entrepreneur community in Italy. Since the creation of the community, his business has exploded. His blog went from 800$/month revenue with affiliate marketing to more than 10.000$/month. He was really young but was earning more than his university professors.

At the start, he was earning by writing about his strategies and promoting the tools he was using. Every time his visitors bought the tools I recommended, he earned a commission through affiliation with these services. He was making more than $10,000 with his articles and affiliate marketing, but this was only the beginning. The switch and growth finally came when he found his business partner and they started to create advanced courses about copywriting, facebook advertising and funnel marketing.

Every time they created a new course they were able to launch it on the community and earn a hundred thousand dollars in a few days. They didn’t spend that money on Lamborghini leasing or supercars. He started to travel the world continuously and invested every single profit in creating services for his clients.

He launched super-advanced customer care, a monthly calendar of free meetups for marketers in every region of Italy and many other improvements. In fact, he developed a real exam for his student.

These certificates have helped them in:

The certification program became a game-changer. Today they know that every great student is a great investment opportunity for them. They hire their best students, they bring them to the next level in terms of marketing skills and then they create new businesses with them. In the last two years, their company has used the community to become a holding company, a sort of accelerator, launching more than 7 profitable businesses in 24 months.

For example, 1 year ago they launched a project called “Yoga Academy”. Right now, after 16 months, Youda Academy is already a community with 30,000 active members and it has its own online school of yoga with 1,000 paying students. They are working hard to launch an amazing smartphone app but, right now, they are already the biggest online school of Yoga of the country.

This is amazing, it is only one of their business. In the last month, they launched an international startup called “ipervox” that helps all entrepreneurs all over the world to create their Amazon Alexa skill without hiring a single developer. They have validated their business model which makes it attractive for investors thanks to their hundreds of clients. Having a community of raving fans it’s the most powerful entrepreneurial asset.