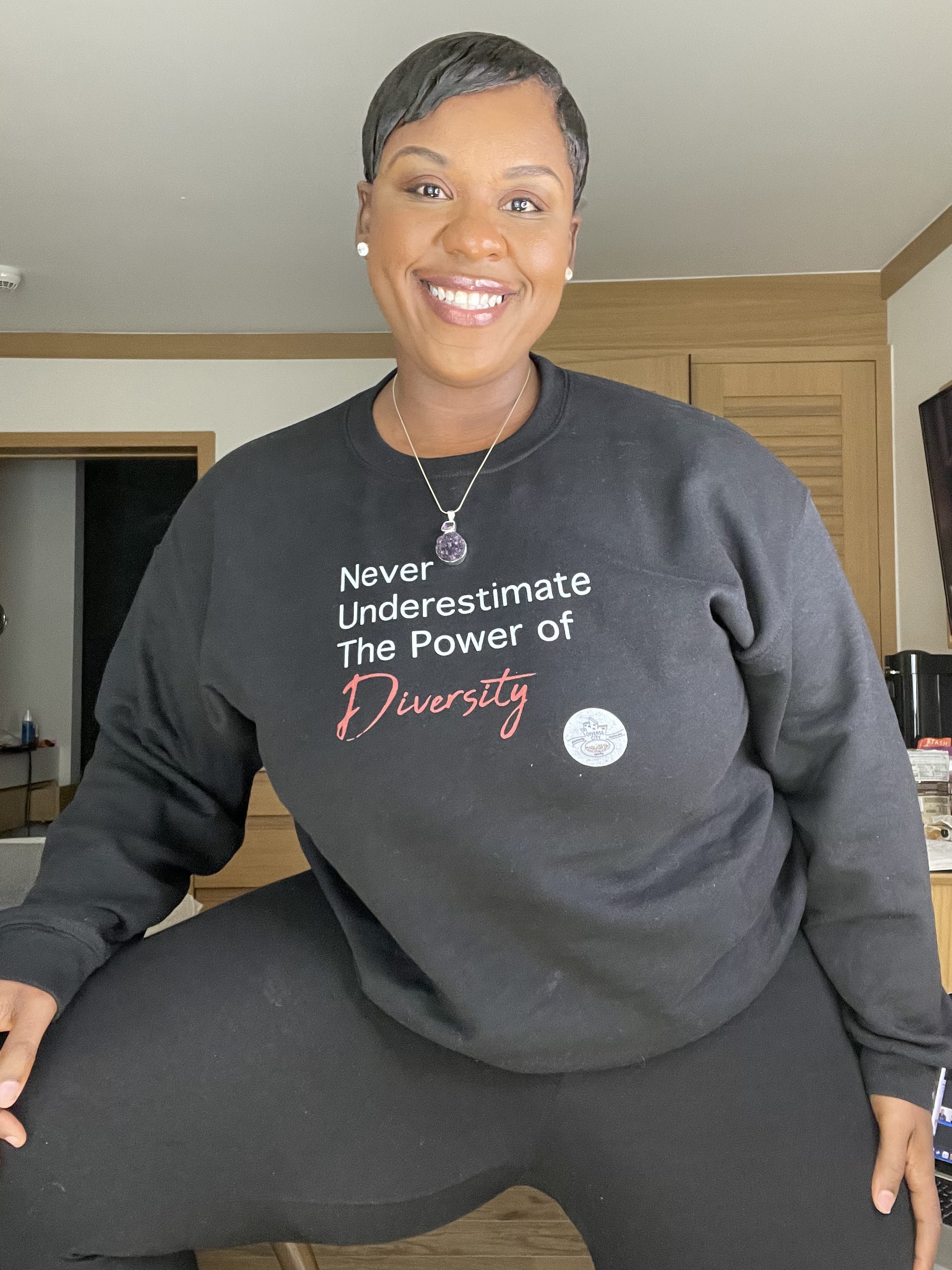 Being labeled as a “disruptor” in your industry should be worn like a badge of honor. It shows your peers, colleagues, and partners that you aren’t afraid to ask the difficult questions, work with the uncomfortable answers that are dug up in asking those questions, or help make the changes necessary to create a more equitable space. While the definition of disruption itself can vary between industries and individuals, some industries are inherently disruptive, and perhaps none more so than the work done through diversity, equity, and inclusion (DEI) strategies.

Please, call me Cheryl, and hell yeah, I do. I’m super proud of the work we’re doing to disrupt a lot of discriminatory and oppressive industry practices. I pride myself on teaching myself and my team to confront the normalcies that perpetuate discrimination in the world.

DEI work in itself can be oppressive sometimes. When it is one-dimensional and narrowly focused, it can create systemic issues. Most people who get into DEI believe and know they want to stop oppression as I did, but when I entered the field, I began to understand DEI work has its own flaws that can perpetuate the very prejudices we fight against. As a disrupter, I’m mindful of not letting DEI turn me into the thing that created the need for this business in the first place. I need to leave a legacy that helps create a more equitable world because change needs to happen at every level, and the more you try to change, the more challenges you meet, which makes DEI work all the more important. I was intent on fighting to create a system where that no longer happens for people, no matter how similar to me they are or not

The biggest moment was in the 6th grade. It’s the first time I remember stepping up and advocating for someone. I was that “cool kid” on the playground no one messed with. There was a kid on the playground named Matthew, a young White kid who was kind of a dork that other kids were picking on. At that age, I didn’t have the language or vocabulary I do now, but I knew what I was witnessing was wrong. I realized they were picking on him just for being different, and I told the other kids to leave him alone. That dynamic changed the way a lot of people treated him for the rest of the year because I used my platform, my popularity, and my voice to protect someone else. I knew then that I wanted to become an advocate for others to help them protect their own identities.

DEI done right should disrupt everything you do — mentally, emotionally, physically, and spiritually. It forces you to challenge the systems that exist, whether it’s a corporate system or something like your own moral system, and you should challenge those things. DEI is meant to make us uncomfortable and push us out of the norms that perpetuate discrimination against others. It forces us to look at the integral root cause of oppression in a system and challenge every facet of that system, both as an individual and part of a collective.

When most people hear DEI, they think it just means “hire more Black and Indigenous People  of Color,” but that’s not all DEI is, just a very important piece. That’s a much larger component of DEI, but there are so many categories we have to navigate. It even disrupted me as a Black woman and an advocate because it disrupted my own biases and perspectives. When I started working with people who came from different backgrounds, cultures, etc., I realized we all have problems. It forced me to let go of my ego in order to support other people, which is what DEI is supposed to do.

The first thing DEI should do is to teach someone about themselves and help them learn how to disrupt themselves by recognizing and working past their own ego and biases.

DEI disruption is necessary because of all the prejudice in the world that needs to be disrupted in order for equity to happen. We need to create multiple systems for different people with different needs. Look at minimum wage, for example. Why don’t we pay people a livable wage and help them be comfortable and compensated well instead of a minimum wage that barely covers their monthly essentials? Even little things like that. There’s so much inequity that has been created and built for the people who have and not for the people who don’t. That inequity needs to be abolished.

I also believe that children should begin learning about DEI at an early age so we don’t have to do intervention or reactionary DEI work in the future. Everyone has experienced trauma, but DEI seeks to prevent spreading that trauma. Both are life-changing and both should be. If you’re not growing, you’re not living. DEI is both the pleasure and pain of growth and change as you experience it because it helps us get from the root of the problem to an inclusive solution that creates equitable outcomes.

One way is to teach automation and build algorithms that can identify those systemic inequities I mentioned earlier. Think about the algorithms built by Google or Microsoft that have so much bias in them. That kind of automation doesn’t actually listen to the people they are supposed to work for and don’t look at their data through the lens of equity or inclusion.

When we build automation, we need to focus on the individual identities of people, their intersectionalities, and how that impacts the everyday experience for everyone in the automation platform. “The person” and “the professional” are so correlated with our own identities, so with DEI, we need to know who to ask the difficult questions to and build technology that can unearth the uncomfortable answers through the lens of DEI, rather than just place the label of DEI on top of the algorithm. Otherwise, we will end up with more events like we saw throughout 2020. When you think about marginalized populations marching in the street, those people aren’t marching just for their identity. They want to help create and maintain equal privilege for themselves and others like them.

When I saw [Biden’s] selections and the racial diversity in his cabinet, the first thing I thought was, “I hope they have the power to make a change.” I recognized that both Biden and Harris have a record of political inequity for Black communities. From Kamala’s history as District  Attorney to the 1994 Crime Bill. I hope they have created awareness and actions learned from their previous mistakes. Change is necessary, but accountability and justice has to be a part of the process.

Even looking at White people, especially those in poverty, but also any other person who supported Trump … I don’t want them to suffer, but I don’t want them to get ahead while I or others who are different from them suffer. We need to help people who are in need of change, and willing to change, to implement change. We also need to keep in mind those who don’t want change and hold them accountable for the harm they have perpetuated and benefited from. Because of the history of how politics has treated marginalized people, I hope this new administration has the power to truly make revolutionary change, but it also has a lot of damage to undo first. Both of those two things will need to happen simultaneously, especially when considering the concept of “tokenization” versus “representation equity.” That change can come from a number of factors.

Leaders in our society’s system — both private and public — need to possess the values to identify the changes that need to be made, and the competencies to implement those changes. If your company’s CEO says they want to build a more diverse, equitable, and inclusive culture, but then doesn’t, then hold them accountable. The same goes for politicians and public policy. Whatever system they are a part of or help create must be built to support others. This starts with creating centers and plans for leadership development that help people learn how to create policies that better their communities, and get those policies to politicians who can enact that change.

When I look at this administration in four years, I hope they rectify the harm they have created that perpetuates discrimination and oppression for the marginalized, especially the black community. I hope that they implement systematic changes and that their cabinet continues to represent the people they need to support.