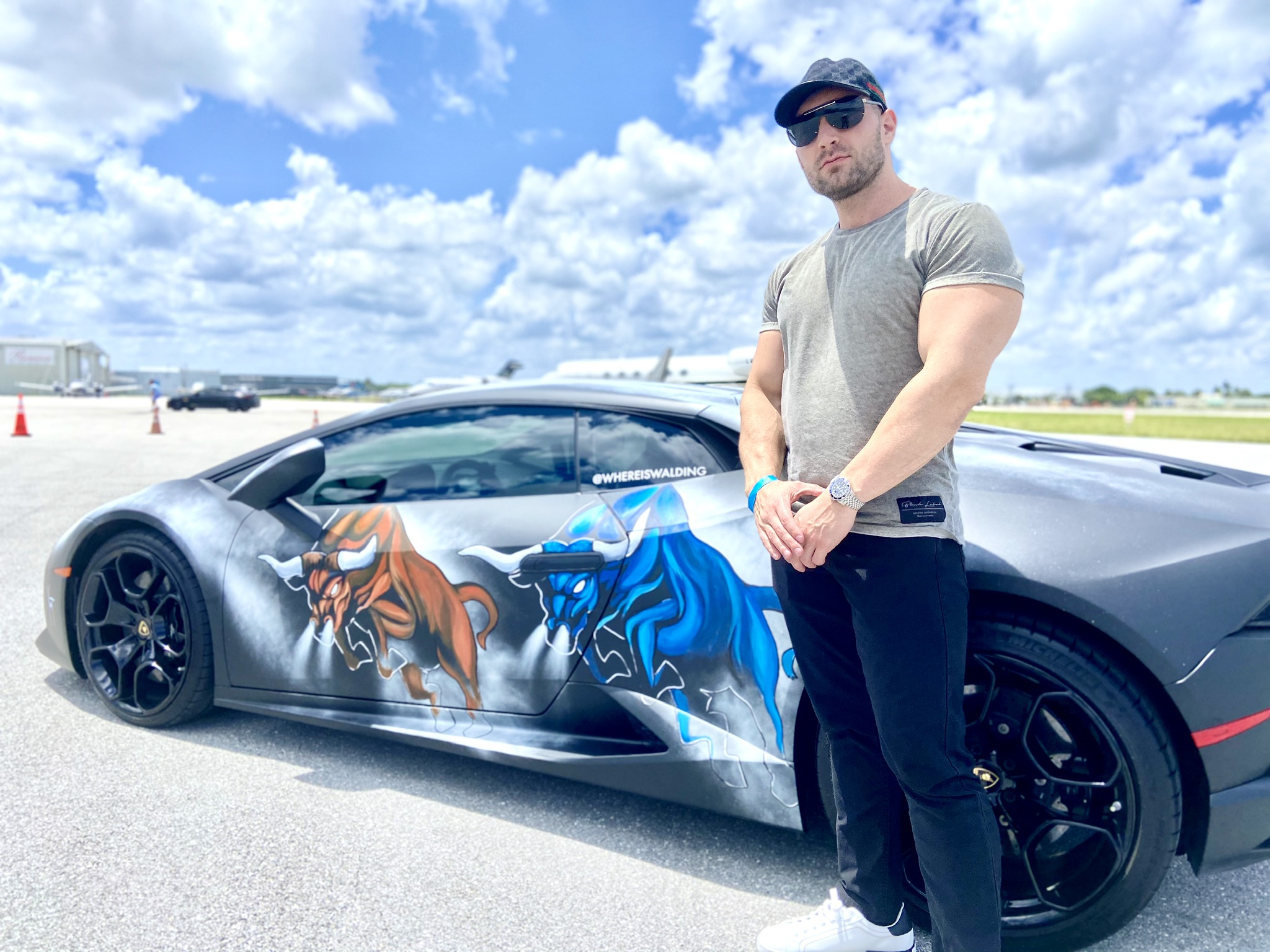 Growing up, Michael Walding always felt like an outcast, never doing what the other kids were doing. Always being on his own molded him and helped him figure out his strengths and weaknesses. This independence from a young age is what led him to finding his own path in life.

What makes Michale unique is his ability to observe other people, figure out what their positive attributes and skills are, and learn from them. He has a knack for finding people’s strengths and putting them together, streamlining processes, and being effective. For him, it’s not the grades you make but the hands you shake.

Michael is the founder of NXTLVL Services which is an Amazon consulting and management firm. Him and his team assist people with starting their own Amazon business and manage their store for them. “This is an amazing opportunity for current business owners or anyone working a nine-to-five job who has always dreamed about owning their own business. Or even those who just want a secondary passive income stream..,” he says.

He started off in e-commerce in 2014. Seeing how fast Amazon was growing, he knew he had to get involved. From a young age, he always had an entrepreneurial spirit and knew that he wanted to work for himself. He wanted to be able to travel and work his own hours. His constant motivation was gaining his freedom, but in order to have that freedom, he needed both money and control of his own time. E-commerce gave him both and has allowed him to reach his goal of traveling to over 30 countries by the age of 30. He was also able to retire his parents at 30 years old which has been one of the biggest blessings for him.

Michael always believed in Darwin’s theory that “it’s not the strongest, nor most intelligent species that survive, but the ones that are most adept to change”. He knows the importance of being able to adapt to changing times. Seeing how fast Amazon was growing, Michael jumped head first into the e-commerce space.

He has always been an all or nothing type of man. This has really paid off as he’s now been able to watch how Amazon has taken over the ecommerce market. Now with the  COVID pandemic, the need for his business model has skyrocketed beyond anything Michael could have ever anticipated.

Michael is always ahead of the curve when it comes to his business. He plans to roll out something revolutionary for his clients that will help them to leverage their current Amazon business to reach an even higher level of success and profitability. He will be the first ever to offer this service.

Although he’s managed to build the business of his dreams, it has not been without its challenges. While startup capital is usually the biggest challenge for most, for Michael it was knowledge. He had to figure out Amazon’s steep learning curve which cost him quite a bit of capital. This is where his unique ability to see others’ strengths came into play. He took a step back and hired the right team to fill specific gaps in his model. Having always been in control of his businesses, it was challenging to give up that control. His biggest challenge has been learning how to delegate in his business.

His advice to those starting a new business? Think years ahead. “Once you have a solid business model, go 110 percent. Yes, I said 110 percent meaning give more than you think you can. It’s the “40 Percent Rule.” When you think you have given it your all, you’re only 40 percent of the way there. That remaining 60 percent is what will make you a winner,” he explains. Michael has witnessed that having a strong mindset and knowing you can achieve anything is what separates others from the real entrepreneurs.

For Michael, there is no competition. He focuses only on putting the customer first and being fully transparent, something many say but can’t always back up. Him and his team at NXTLVL Services treat every customer as their top priority in every way, from listening to their needs and resolving them in a timely fashion all the way down to the 24-hour response time they give to ensure each and every customer is happy. In his mind, he only wins when his clients win.

Michael’s ultimate message for other entrepreneurs is to find their passion. Once you’ve found it, work relentlessly to achieve your goals, and you will eventually achieve them. His story is a true testament to what you can do when you set your mind and soul into something. If you’re interested in learning how to transform your Amazon business, you can find Michael through his Instagram.

Related Topics:Michael Walding
Up Next

Meet Vanessa Demopoulos: From The Streets To World Champion And Business Woman

Norvin Nazari Is Passionate About Cars And With His Dealership, Modi Auto Group, He Wants To Change The Automotive Industry In The United States