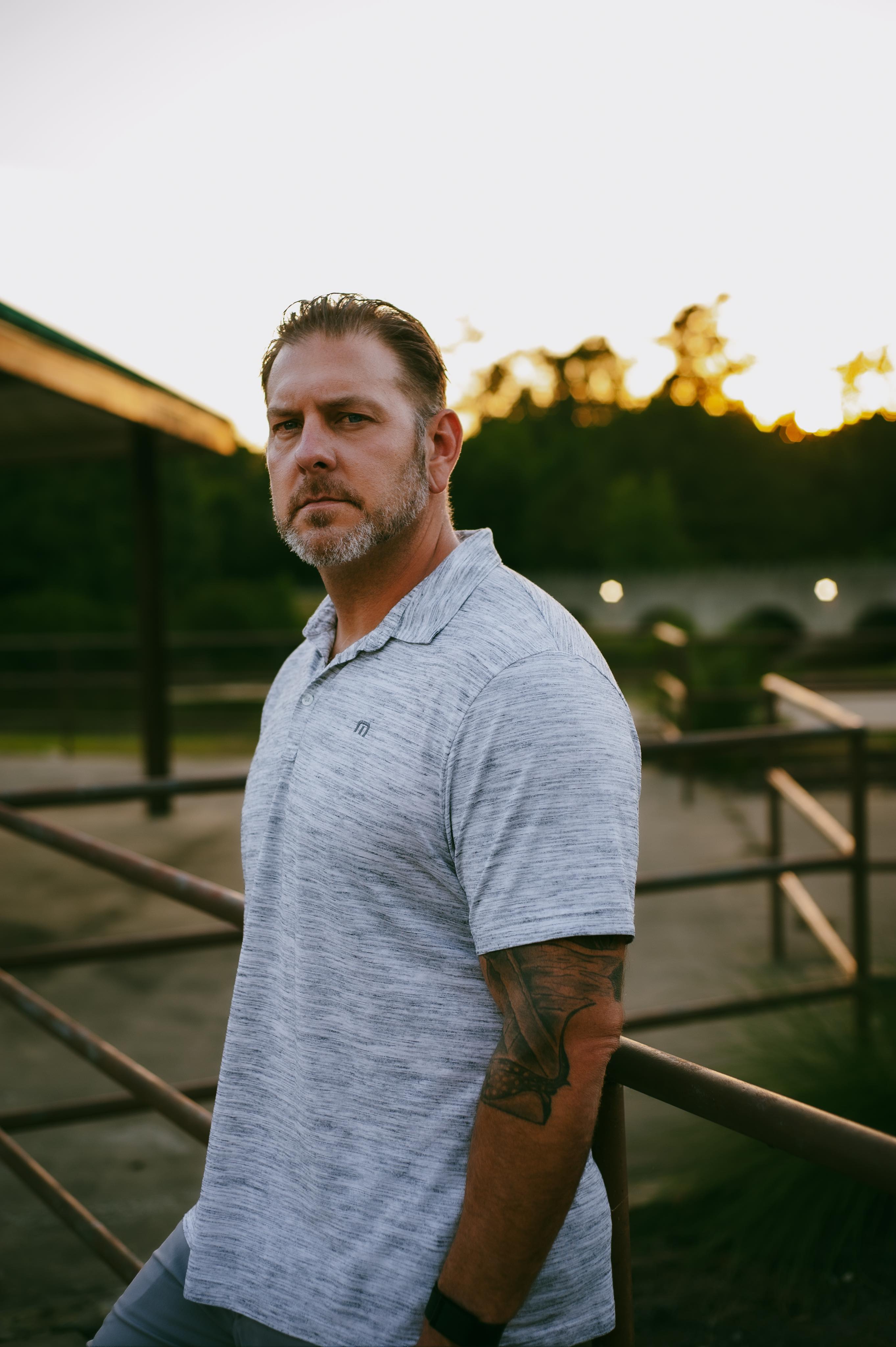 Read on to learn how Eric Oberembt went from jail to becoming a successful entrepreneur and an inspiration to others.

Today, Eric is a successful owner of multiple businesses. He is the owner and CEO of D&M Roofing and Siding in Omaha, NE. Eric is the co-founder of “Roofers in Recovery,” a non-profit that sends people with addiction to treatment centers to get the help they need. He is also the author of two books, a coach at “Commercial Roofing Academy” and a co-founder of the National Vendor Network “Advanced Roofing Technologies.”

Eric hosts a podcast, Be Authentic or GTFO. He is a keynote speaker and has spoken at D2DCon, and SRC Summit. This year, Eric has a Mainstage Keynote at Roofcon and he has his own keynote where he teaches leadership and helps companies build a cult-like following within their business by using the “TEAM” method.

Eric is a father, a diver, and a golfer. This is a man who is dedicated to helping others by sharing his personal journey.

Eric grew up with his grandparents and learned about the roofing business from them. He started working on hot tar roofs from an early age and eventually began selling. By his mid-twenties, he owned 50% of his grandfather’s business. When his grandfather passed, Eric bought the rest of the company and started his entrepreneurial journey of scaling his business and learning how to help others.

Although Eric was making progress in business, he was battling alcoholism. After two failed marriages, he got deeper into addiction and ultimately risked jail time. Eric started selling cocaine at age 28 and got arrested for a 4th offense DUI while narrowly dodging drug charges. He became open to seeking addiction treatment because he faced significant jail time of one to five years. He knew he wouldn’t do well in prison, so his lawyer recommended that he go for treatment.

Eric says that he zoned out in the first two weeks of rehab because he didn’t want to be there. However, he got an ‘aha’ moment when he realized he was in rehab. It hit him that normal people don’t go to rehab. They don’t get DUIs, and they don’t go flushing down cocaine at the precinct so that they don’t get additional charges. At that moment, Eric became willing to try and work on his recovery.

Like most people who complete addiction treatment, Eric relapsed after he completed therapy. He remembers that he experienced resentment towards something, which led him to go out with a friend and start drinking. The road to recovery was fraught with challenges. Yet this is not the only obstacle that Eric had to face. This entrepreneur had to overcome a failed business, losing people in business and having to rebuild, divorce, being broke, and losing a close family member.

Yet through all these challenges, Eric transformed his life and launched a platform for helping others. He has been sober for over 13 years. As the co-founder of the non-profit, Roofers in Recovery, Eric has managed to send over 30 people to treatment through this non-profit.

Becoming a success and an inspiration

Eric is an inspiration to many people as his transformation proves that anyone can change their life. His podcast, “Be Authentic or GTFO,” proves that Eric is an entrepreneur who values authenticity. He encourages anyone facing addiction or other obstacles, to be honest with themselves by facing the truth about their lives.

Eric is an inspiration to those struggling with alcohol and drug addiction. He tells his story through his podcast and invites honest speakers to his show to cover the issue of recovery. Aside from overcoming addictions, Eric is a highly sought-after keynote speaker and business mentor. He coaches other roofing company owners on how to get into the commercial roofing space at the “Commercial Roofing Academy.” Considering all these accomplishments, plus his positive effect on his community, we can conclude that Eric Oberembt truly wants to help others.

You can learn more about Eric by connecting with him via his socials: