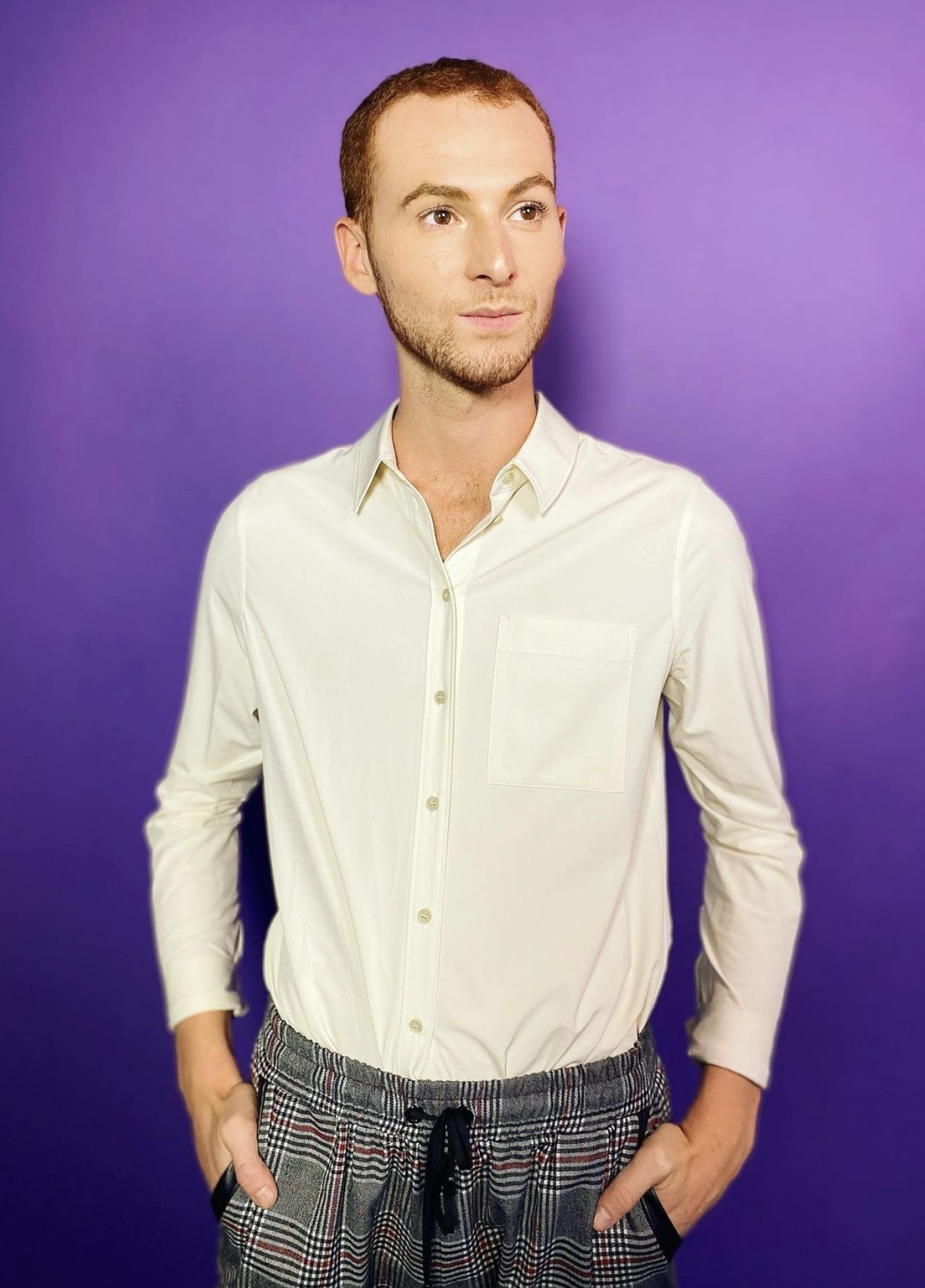 Zachary Reality is an entertainment host and commentator, who relocated from New York to pursue his aspirations with the ultimate goal of doing what he is doing on a greater scale. He is witty, snarky, and ambitious.

Zachary is a flamboyant, confident, and passionate individual who everyone should meet at least once in their lives. He is hooked not only with reality television but also with cuisine that looks better than it tastes and fedoras that match his clothing.

When Zachary Reality was six years old, his grandmother forced him to watch Survivor instead of Spongebob. Zachary has not stopped watching reality television since then, and he has become an expert and fan of shows like The Bachelor, The Real Housewives, Keeping Up with the Kardashians, and many others. He was so obsessed with the bachelorette that he dressed up as Clare Crawley for Halloween and pursued men around a mansion party pleading for a rose.

Zachary also works in Los Angeles as an on-air entertainment news host, and you have definitely seen him on TikTok a few times. He believes that many people move to Los Angeles with the expectation of being famous and successful within a week. He had always wanted to work for E! And assumed that he had gotten there by now. One thing he has learned is things don’t happen overnight. And you have to put in the work, to get the reward

Zachary believes that many people move to LA with the expectation of being famous and successful within a week. He had always wanted to work for E! and assumed that he had gotten there by now. One thing he has learned is that success does not come overnight. That was something he had to embrace and accept gently. Things are designed to happen one at a time, and it wouldn’t be worth it if you got everything all at once. He learned to appreciate the frantic pace. As a result, Zachary could be able to earn and appreciate the reward.

Now on TikTok, Zachary has reached around 300K! Moving across the country with only two friends and establishing a new life in Los Angeles was a daunting task for Zachary. As a freelancer, signing the lease to his first apartment and paying rent on his own for the first time in an expensive city. Every podcast guest that he had has been a triumph. He has booked every job there is. He considers even the tiniest victories in adulthood to be triumphs.

Zachary’s hard work paid off and now his brand ‘Zachary Reality’ is a go-to source for everyone for all reality television gossip.

The Differences Between Hydrovac Excavation and Dry Suction Excavation