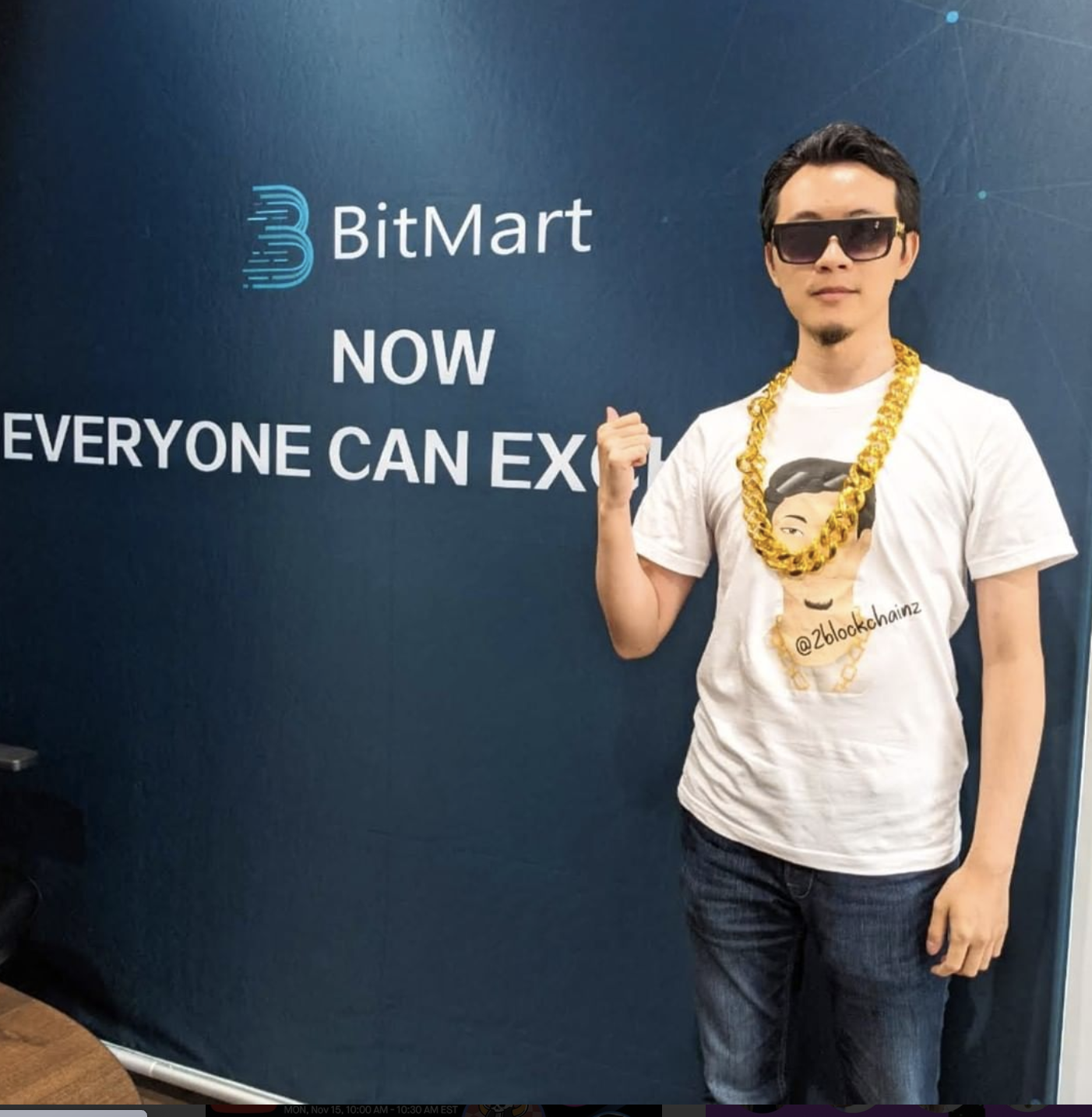 Many people have dreams they are not confident enough to pursue. Whether it’s because they don’t have the financial backing or because they fear they will fail, they then spend years doing things they don’t like. But it only takes one switch to make positive impact. At least that’s how it happened for Jason Hsu.

Jason does product marketing at BitMart, a crypto exchange that operates in the US. Part of his job is auditing token quality and risk, resource planning, managing operations, integrating partners, conducting live interviews with project founders or CEOs, and running marketing campaigns for each project to get the existing and new users excited.

Jason developed an interest in the crypto space when he experimented with Bitcoin mining in 2014 but didn’t start working in it until 2019. While still in college, he got his start in biomedical engineering, but he knew that was not it. He then tried web development but pivoted once again. In the end, he graduated with a computer science and business administration degree from USC.

After college, Jason went to work at a sizable accounting SaaS provider in Canada that served clients that were 99% US-based. Many of those clients were startups, and in serving them, he gained lots of insight. He learned the typical costs, tools needed to build products, and marketing budgets for companies at different stages.

Shortly after, Jason decided to follow his passion. He jumped into projects that were utilizing the latest blockchain tech at the time. In pursuit of knowledge, he attended conferences and met his seniors. He also met his co-founder, with whom he co-founded KryptoGO USA, a SaaS provider for affordable and lightweight KYC/AML solutions.

During that time, Jason also started laying the ground work for Bincentive. Bincentive is an advanced platform that offers trading bots, lowered barriers to entry to crypto hedge funds, fixed income products, and CeFi/DeFi services.Working at two startups became challenging during the pandemic, so he considered joining a venture capital firm when BitMart reached out to him. Since then, he has talked to different projects daily to provide the support they need to get their projects to the next level. Jason’s approach makes him stand out from the rest in his industry. In addition to being passionate, he has developed a unique approach to reaching more people. Instead of trying to look for money, he gives it away and uses it to introduce blockchain and crypto knowledge to the masses.

Most of the time, Jason uses other people’s projects to pass on his industry knowledge to people. He says he believes in blockchain’s future as it’s evident when hedge fund guys quit their jobs to join the industry. To win giveaways, participants just have to confirm they read Jason’s posts on the state of the crypto and tech startup spaces. A few words are enough to qualify.

As decentralized finance takes over the financial landscape, banks and government organizations that don’t catch up are having a hard time. To Jason, this is the right time to learn more about the crypto space because it’s the future. He says, “Projects are being stonewalled by regulations because the big traditional players have not caught up. I stand in between to help educate both sides for the goal of mass adoption.”

Related Topics:Financial Advising
Up Next

Is attracting luck based on chance? Serial Entrepreneur Mark Lachance shares his secrets