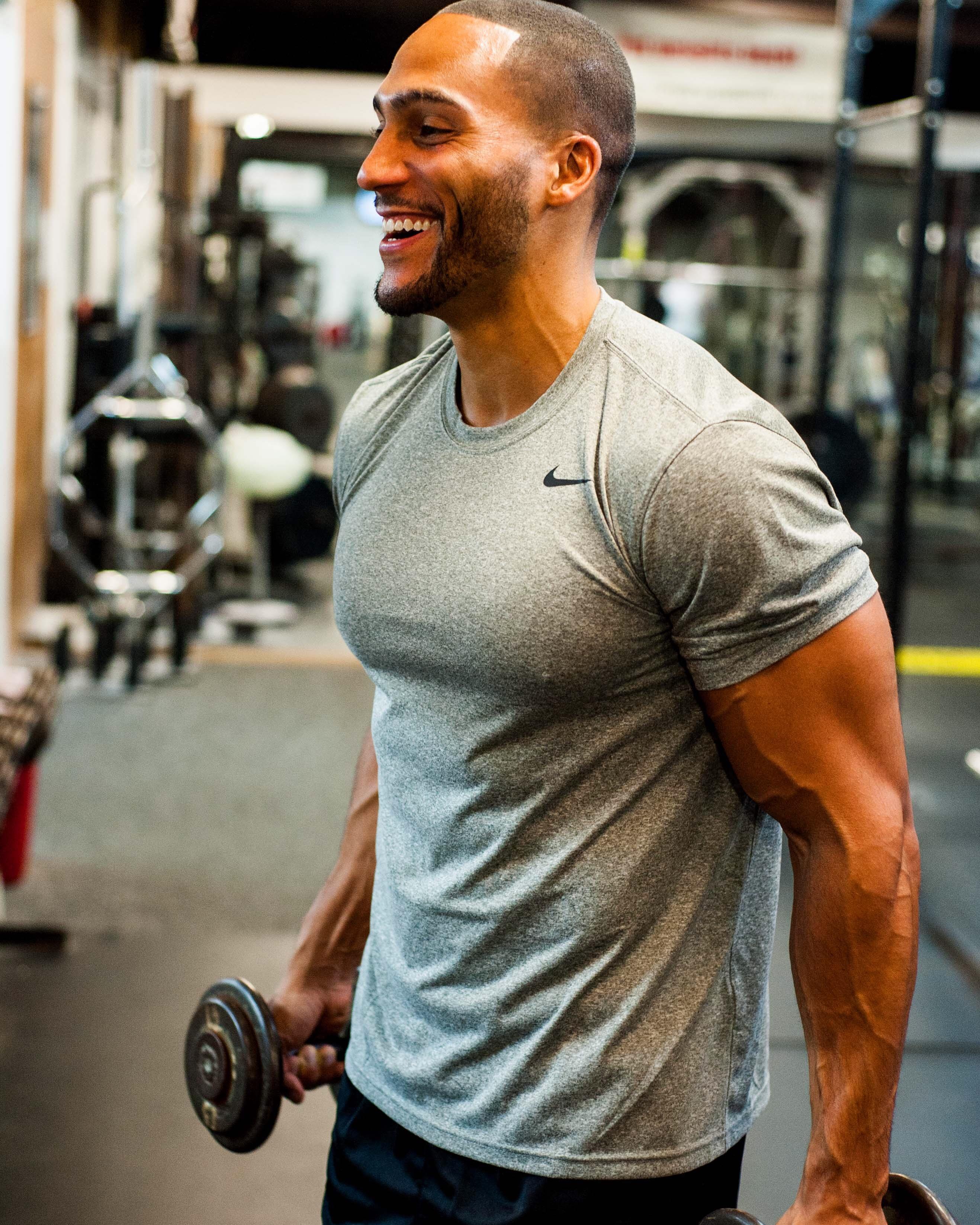 I had the pleasure of speaking with Justin “JC” Collins. In today’s market, many people are doing many different things to gain attention, however, the highly sought out JC is focusing on creating amazing client results, improving their health, and giving them their confidence to truly live their best lives.

Justin “JC” Collins is an online Fitness coach who specializes in personal transformation and life-changing with his Fitness By Jc Programs. Jc is also a master motivator and thought leader, inspiring masses to pursue and live their best life through his daily channels and speaking engagements. In addition, JC is also an in-demand Sag-Aftra model/actor, working and partnering with some of the biggest brands in the world, to filming commercials, tv shows, movies, and more! In his words, he says, “be a leader, not a follower.” Today we peak into JC life and his amazing journey to success, he states:

You’ve done so much! Congrats on your monumental success! Let’s go back in time when was the first time you tasted success?

The first time I tasted success was during my transformational process. My acting and modeling career was at a standstill, and my speaking career as well. As I began to become more disciplined, accountable, focused, my entire life started to open up. My body started to lose weight, and I began to gain more confidence and self-belief.

As that took place, my mind became stronger as I began to flex my mental muscle with personal development. At the same time, my goal was to one day share the screen with actors/models I grew up watching. Having zero movie experience, I went out for a role in Jack Reacher, starring Tom Cruise. After auditioning, I was cast as an extra, but ended up on set working with Tom, and made the scene in the movie. In the process gaining valuable experience.

Two years later, I would share the same stage with Will Smith, in the Concussion movie, another actor I looked up to. From that first taste, I felt a feeling that I belonged, and that just increased the obsession of climbing the ladder for bigger and better roles, with increased responsibility.

As far as my career as a health and fitness coach, and motivational speaker, the two instances that really gave me the taste was starting my Fitness by JC program, and delivering my first client their goal of a 20 lb weight loss (They lost ). Just seeing the happiness and new found confidence that they had from transforming their life was amazing. I’ll never forget that feeling and the way that it made me feel by being totally invested in service and solely focusing on helping that person achieve their goal. True fulfillment.

As far as motivational speaking goes, just being able to offer my insights to people on ways to improve their lives, in fitness and exercise, to mindset, to career. It’s amazing to receive messages from people to where something you said has helped them through a tough time, take action and go after their goals, to instances where someone hears you say they are good enough and it resonates to them enough to not take their life. The power in words is incredible.

That’s amazing! You’re able to dominate in different areas of life. People who are able to move at such speed often understand why they do what they do. Which leads us to ask, why do you want to be successful and what’s your ultimate vision of success for yourself? What’s your end goal?

My ultimate vision of success for myself is to help 1 million people change and live their best lives mentally, physically, and to be healthier with their diet. With that many people operating and giving others their best, the world will be a far better place tomorrow than it is today.

As far as my personal goals with acting and modeling I aspire to the best in my field, the go-to guy. Someone that brightens up the screen, and whenever you catch a glimpse of that person you feel like they influence your life in a positive way. To connect, and show people of any age that you can be whatever you want to be in life by simply going after it, and never giving up. With speaking, my goal is to change one person’s life with every single speech. To expose them to the possibilities of life if they release from their limiting beliefs, and embrace change and commitment, that their best life is always one decision away. Just by taking action, one can go from ordinary to extraordinary, negative to positive, poor to rich, and sad to happy. It all starts with you.

Any last words/piece of advice/tip for readers?

You only have one life. Don’t waste it. If you don’t know something, ask for help. Mentors have been influential in my life, and I would not be heading in the direction I am heading today without them. Seek experiential knowledge from mentors/coaches as they save you time, money, and frustration, and will connect you to your success in a fraction of the time so you can achieve your goals, and set new ones to conquer in your future. Lastly, don’t make excuses, make changes to improve your life.

Anthony Santiago – Dropped out of Med School to Become an Influencer

477: Three Things to Know About Debt