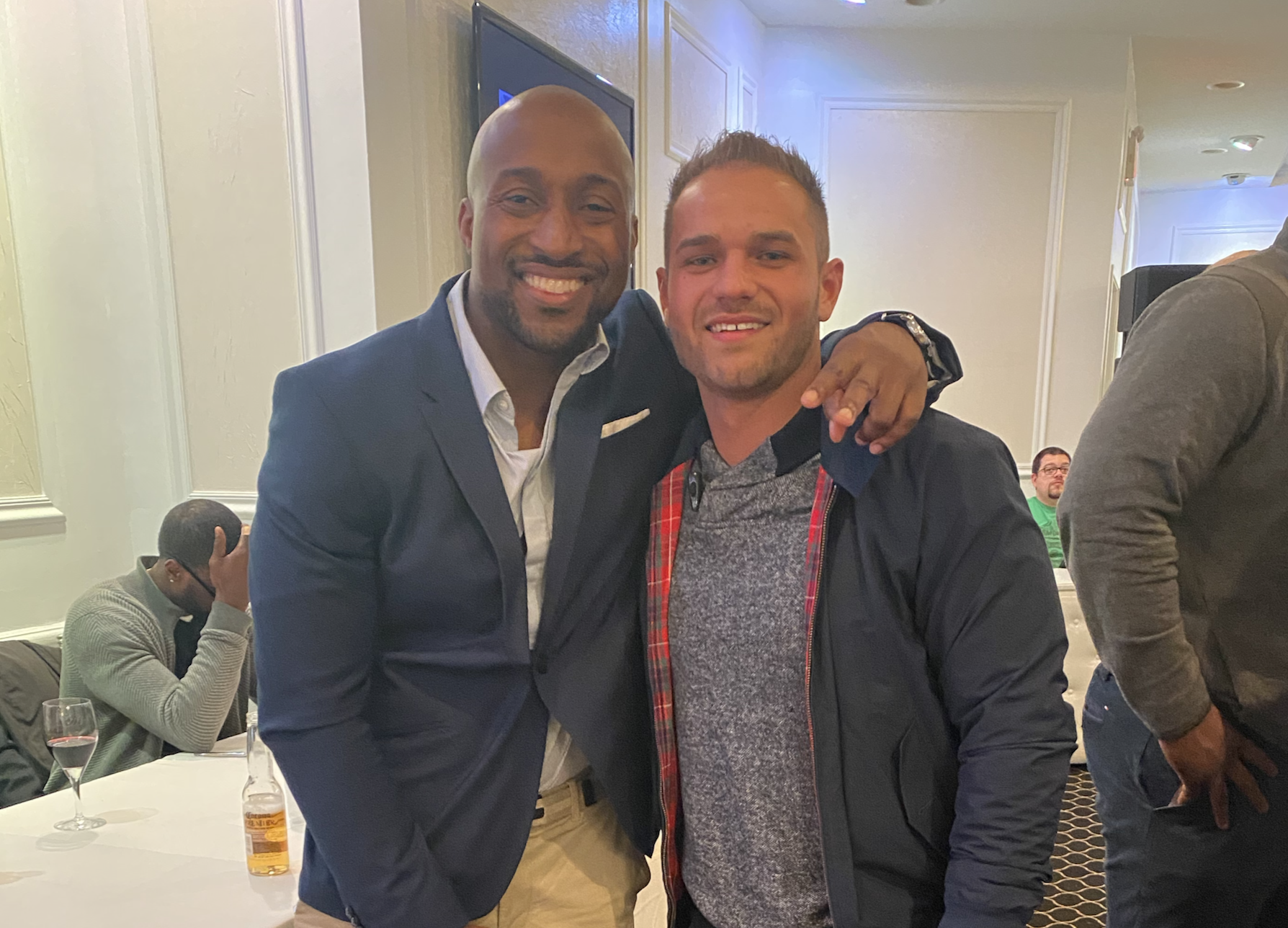 Growing up as a sports fan you look up to these athletes with your own sports dreams. So when Luke had a chance to build an agency that would one day end up servicing A-list athletes it was as if he was able to work with his childhood heroes, a role anybody would take. Meet Luke Cervino, Founder of A1A Media, his company has taken athlete marketing to the next level through brand/product marketing, influencer campaigns, and even social media advertising campaigns.

The “WHY” Behind A1A Media

Luke Cervino is no stranger when it comes to sports from growing up in an athletic household, he and his older brother went on to become college athletes. While he was busy playing his heart out on the court, “What’s next?” often echoed in his head. The daunting task every college graduate faces once they finish school is trying to figure what their next move is, and with everything Luke has ever known being organized around sports, he knew he had to find a way to stay in sports. So by leveraging the infinite connections he had amassed over his athletic career, he began a digital marketing agency that would soon grow to be one of the most prominent agencies on the east coast.

To grow up a sports fan, and then one day be working with those exact players you grew watching sounds like a dream come true for almost any sports addict. For Luke, this was his life, so what secret skills did he possess that led to him landing A-List athletes fresh outta college?

Value! Luke Cervino brought value to the table with almost any prospect or client he approached through A1A media. As an agency that had just begun building a dream list of clients, the hardest part was never actually landing these clients, but rather building a team around himself that would be as dedicated and loyal to the vision as he was for the agency. When he found those business partners he knew he could count on, the only that served as a roadblock for working with A-list clients was availability. But the moment Luke had a chance with an A-list client, he knew the value of his work and raving network would do all the heavy lifting of speaking for itself. Luke Cervino and A1A Media were on the fire, anybody who was a somebody knew Luke was the go-to guy in his industry.

Before Luke knew it, he had built an impeccable reputation and began working with plenty of A-list athletes such as Kendrick Perkins. Not only is Kendrick a 14 year NBA Veteran, but according to the infamous Magic Johnson, he referred to Kendrick as “a star” in the media while working for ESPN as an analyst.

Although working with superstars like Kendrick Perkins makes it seem like his success at such an early age was imminent, that’s not to say none of it came without hard work. A large part of his success came from Luke’s ability to stay consistent and determined, his drive led to constant following up and looking for multiple ways to provide value. So as he started to see great results from one A-list athlete to the other, word of mouth was spreading fast for his agency.

Luke Cervino has managed to build and maintain an over-performing reputation between his agency A1A Media and the A-list athletes he serves. Over the next few years, we can expect to see Luke continue growing his agency, adding more value than ever before, and being the driving force behind your favorite athletes’ brands.

Why DevOps is Vital for SaaS Entrepreneurs